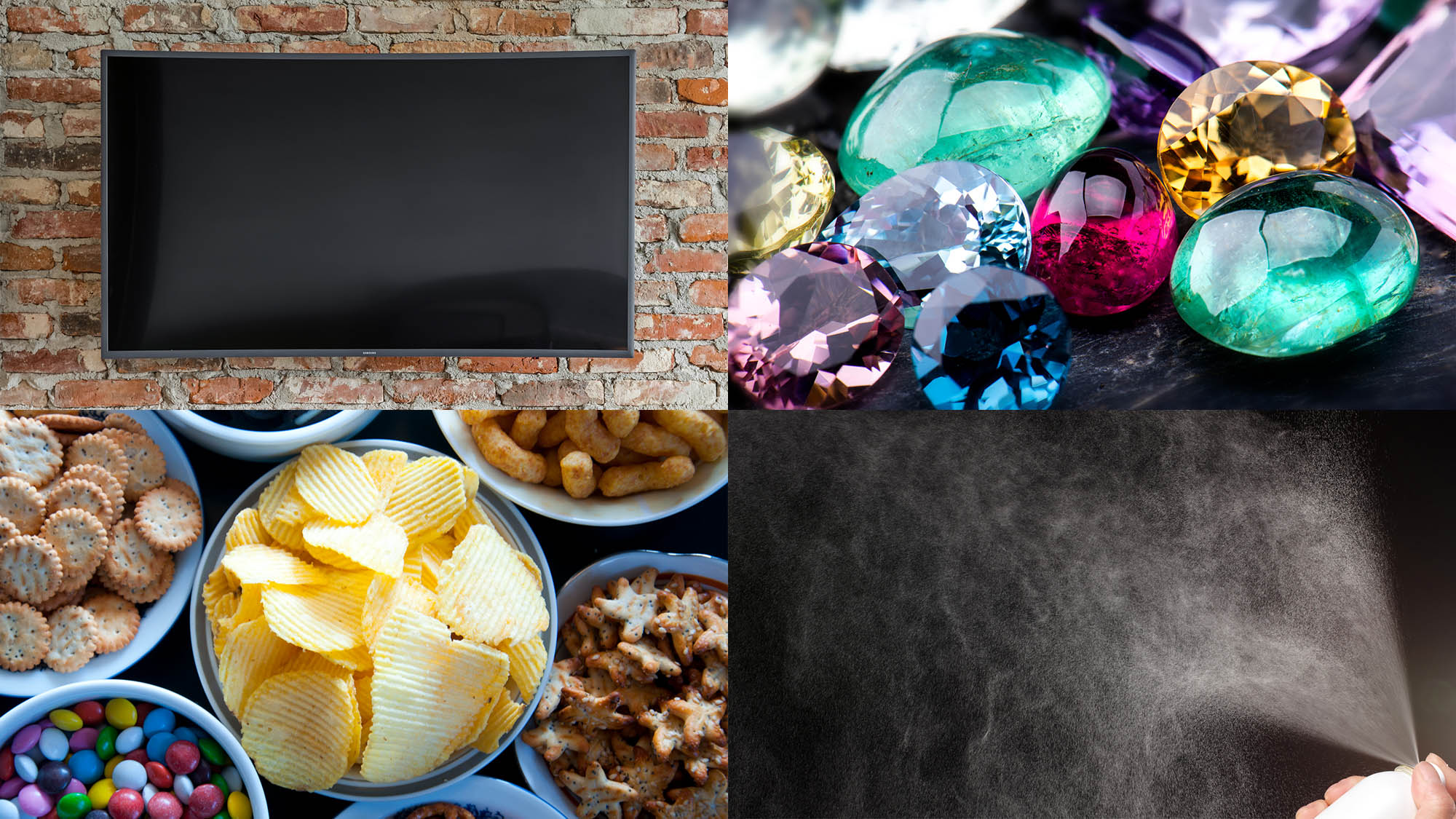 It has happened five times. Everyone knows what it’s like when you are enjoying the commercial with our jewels when suddenly HE walks in spraying his STINK all over and he mess around with your jewels and our snacks and spray his fluids onto the TV. It has happened five times with him with his HUGE and jiggling face and he walks in all BIG with his STINK and he comes GALLOPING IN all HUGE while we’re trying to watch commercials and he sprays his MESS OF STINK upon us! Here is five times he did this to us: Coming in looking all huge with his jiggling face and spraying his STINK and mess around with our jewels and our snacks with his big stink and spraying his fluids onto the TV when we’re trying to watch commercials five times. Everyone can relate!

1. The time we were calling our jewels bad names during a commercial for Coca-Cola but then he come in and mess our jewels all around and spray his stink on the TV and we all have to go to bed

We all remember where we were when this took place: There we were, just having a wonderful time calling our jewels bad names during the Coca-Cola commercial. We were pointing at our diamonds and calling them bad names like, “You are the Cream of Bitch,” and we were pointing to our rubies and sapphires and saying, “You are a Hag For All Seasons.” It was such joy to yell bad names at our jewels. BUT THEN: Here he comes looking all huge with his big HOOF instead of soft human foot of a boy and his face become all jiggling and he put a napkin over jewels so we cannot SEE and he says, “Who needs my fluids all over the boob tube?” and we say to him, “Do NOT with your stink (fluids) on our TV during the commercials put it! You must with your stink on the TV with the commercials during it NOT to do it!” And yet…he DID. And this is why we threw our snacks in the trash and we absolutely had to get into bed and sleep ourselves into dreams of it (him). This was the first time this happened with him doing this, but by no means the last!

Think he was done being huge and coming in to mess with our jewels and spray his stink? Guess again, he was NOT DONE he had more times to do it. Everything started off regular. We had our jewels in a big bowl and we were watching a nice commercial about a new type of car insurance that would let us get rich from crashing our cars into people and things. BUT THEN: Here he comes in looking not small but looking instead HUGE and we thought at that point, “Well at least his face will stay still and not jiggle,” but BOY OH BOY were we wrong. His face DID jiggle and he touched every single one of our jewels so that germs of his became all over them and into the trash went our snacks and then he said, “Who will want all over the TV to be my stink,” and we said, “NONE and NOBODY,” and yet he put on the TV, via a squirt of it, his STINK all over. That was the second time he did this.

3. The time we wanted to watch a commercial about CHEAP SHIRT, so we filled in his floor hole with concrete but he came in through the door instead (and was looking all HUGE with his jiggling face when he did it)

This one was absolutely heartbreaking because we thought, “Now it is time for us to watch a commercial about CHEAP SHIRT so we will put cement (concrete) into his floor hole so he could not come up into the room through the hole crawling, and it was going good! We were holding our jewels up to the TV and saying, “Look at this, you supreme geezer, look at the low price of CHEAP SHIRT,” and it was just a lovely time. BUT THEN: From outside the door we heard the sound of a face jiggling all around and we knew: Here he comes (HIM), and low and bee hole HERE HE COME IN looking all HUGE and he show us our HOOF and say, “Here’s my normal soft foot of a boy, butter-soft foot of a boy,” and we tell him, “No, it’s not butter-soft foot it is HOOF of HORSE, but he just jiggled his face toward us and said, “Let’s all decide to enjoy upon the TV the spray of me SMELL (stink) that gets, by when I SQUIRT it (smell and stink), there. (Mine.).” And we said, “No! This is such that NOT must you can put upon the TV by doing it on-squirt,” and yet he done it and the stink made it too smell-bad to understand about the CHEAP SHIRT we wanted to learn about. Everyone remembers this.

4. The time he did it again

He did it once again with his stink and our jewels and so the commercial was ruin.

This one was the most heartbreaking of all and everyone learns about it in school: We were trying to pay attention to a commercial about how to prevent him from coming in a HUGE…BUT THEN: We hear the sound of HOOF approaching and we know: Our jewels are done for and soon we will face his stink upon our TV (fluids upon the boob tube). In he comes looking beyond ENORMOUS (humongous) and that is when he makes our jewels sick with his stink (including the CREAM of BITCH, our DIAMOND) and he says to us, “Wouldn’t it by all be enjoyed in its loveliness if now upon the TV sprayed I the STINK OF MYSELF with fluids (mine),” and isn’t that JUST THE WAY OF HIM to do it, and he DID IT even though we said to him, “This you shall not must to do (REFRAIN FROM),” and yet he shall and DOES by DOING and that is the end of it. Share this list if you can relate to how it is with him and these five times he did it!