6 Gazebos Forever Sullied By The Blow Jobs That Transpired Therein 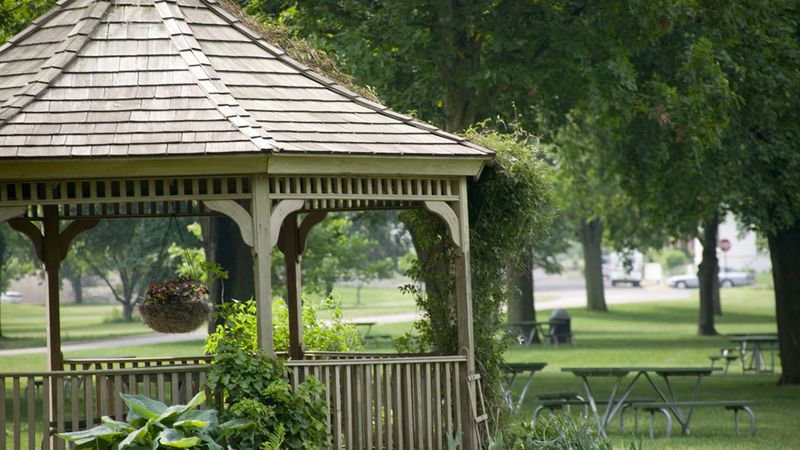 1. This excellent gazebo, hewn of wood and pure of form, seems to stand idyllic—a perfect garden monument. Ah, but its fair geometry belies the fatal secret: Not two weeks ago, a blow job took place within the august structure. Alas, I saw it with my own eyes.

2. Who would lay this great gazebo low? Who could behold its latticework, its parapets and garlands, and still see fit to debase such a fine gazebo with blow job after blow job? I will tell you: It was the vile teens.

4. Here is yet another gazebo corrupted by the selfsame act I have hitherto described. Of course, I speak once more of the wretched blow job! Aye, ’twas mouth sex that destroyed a paragon of gazebal beauty.

5. I still tremble to recall the harrowing blow job sounds that issued from this gazebo yesternight. The vile teens, keening, ceaseless. Nothing can redeem this gazebo now. The blow job cannot be undone. The gazebo’s very foundation reeks of its memory.

6. Seasons change, the senseless sphere revolves, and gazebos fall from grace. Youth is cruel; of this there can be no doubt. Depraved, plague-like, heedless of the past—thus the vile teens claim their victims. Thus they commit their horrid blow jobs. Tell me, can a gazebo recover from such atrocity? No, no. Better were it destroyed. Better were it smashed, its wreckage burned, its ashes cast into a distant sea.