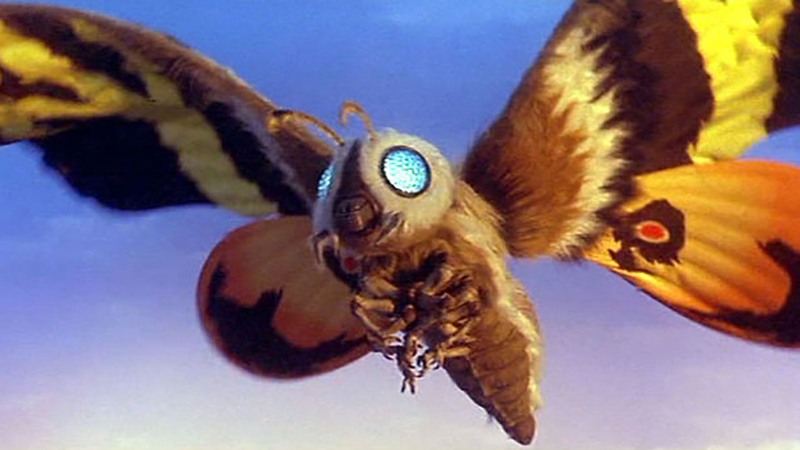 Many of your favorite movie characters were supposed to be a giant moth, until Mothra’s lawyers stepped in.

1. Sarah Connor in The Terminator

In James Cameron’s early drafts, the Terminator robot traveled back in time to assassinate a giant 200-foot-wide moth named the Enormous Sarah. In the future after machines conquer Earth, the Enormous Sarah is a key resource for the human resistance, extruding precious silk they use to craft makeshift bandages to bind their battle wounds. Unfortunately, we never got to see the Terminator hunt down a huge moth, because during preproduction, James Cameron received a cease and desist letter from Mothra’s copyright holders. He was forced to replace the giant moth with Sarah Connor, a normal-sized human woman.

Before Obi Wan was hastily written in, Luke Skywalker’s original Jedi mentor was going to be a sentient moth the size of a Range Rover. This is much smaller than Mothra and probably would have survived a legal challenge except that George Lucas made the mistake of naming the character Mothra. Even more damning evidence was the fact that the moth’s introductory line to Luke was “Hello, I’m Japan’s Mothra, and I live in space now.”

In this evocative drama, Scarlett Johansson plays a recent college graduate who explores Tokyo with a world-weary actor played by Bill Murray. However, the movie was almost much different, before a legal challenge forced writer-director Sofia Coppola to change the film. In the original script, Tokyo is being attacked by monsters, and Scarlett Johansson plays a benevolent giant moth that is Japan’s protector but is otherwise directionless in life and still trying to find herself.

Kevin Smith’s indie hit almost included a city-sized moth as Jay in the slacker duo Jay and Silent Bob. Smith spent years carefully handcrafting the detailed moth puppet they were going to green-screen above the Quick Stop convenience store, but it turned out to be a wasted effort; after learning that his giant monster moth was already under copyright, Smith turned to his friend Jason Mewes to sub in as Jay.

5. The main character in The Fly

In David Cronenberg’s 1986 remake, the main character was going to be a scientist who begins as a giant moth but suffers a teleportation accident that slowly turns him into a normal-sized fly. The concept sketches of the planned giant-moth/normal-fly hybrid monster are truly horrific, but a lawsuit ended any chance of that creature appearing on screen.

6. The ship from Titanic

Once again, James Cameron was forced to alter his script due to legal problems with Mothra. Originally, the vessel in Titanic was going to be an enormous moth that flies across the ocean with passengers riding on its thorax, until the bug collides catastrophically with a second giant moth over the Atlantic. When he remembered that Mothra was already a character, Cameron quickly replaced the two moths with a ship and an iceberg. Unfortunately, that meant we never got to see the version of Titanic he truly intended to make.