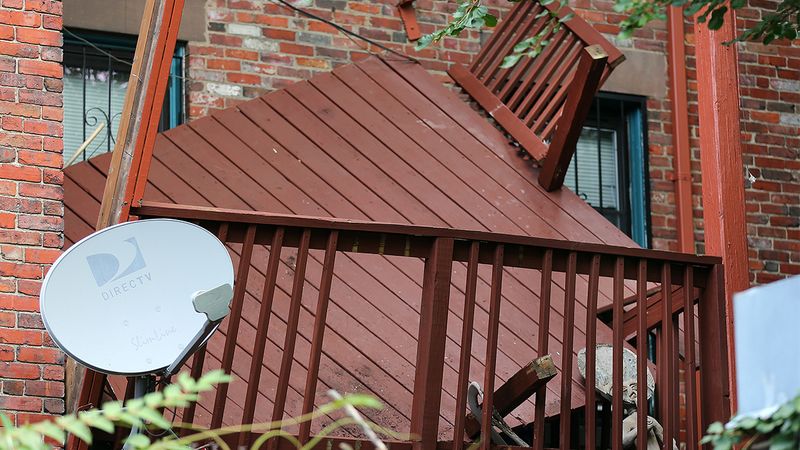 Your deck may have collapsed, but act quickly and you can still save this thing. Here are seven genius hacks guaranteed to get your party humming again.

1. Use loose wood from the deck to make a giant Jenga game

You can’t rebuild the deck, but you can cut the splintered beams into 2-foot-long blocks and join your guests in a jumbo-sized game of dexterity!

Got a yard full of bloodied, barely conscious partygoers? This clever trick will impress everyone and keep the swelling down for people who broke bones in the deck collapse. Leave the dead in the rubble. They’re gone.

3. Crank up the tunes

Late in the party, no one wants to be thinking about victims still pinned beneath the debris. Drown out the screaming with some hot summer jams.

4. Fill out the crowd by calling the police

Sure, you lost some attendees in the wreckage, and maybe the energy of the crowd is starting to flag. Reinvigorate the night by having the police come over and ask everyone questions.

“Uh, sorry, what deck collapse were you talking about? I was too busy getting BEER out of a WATERMELON.”

If some of the deck is still good to stand on, get up there and party! Don’t overdo it, though. The last thing you want is a second deck collapse.

The only thing that spoils a party more than a deck collapse? A host who keeps worrying about it. Your party rocks when you believe your party rocks!