Fall From Grace: Lori Greiner Was Arrested By The FBI After Attempting To Sell 500 Kilos Of Heroin On QVC 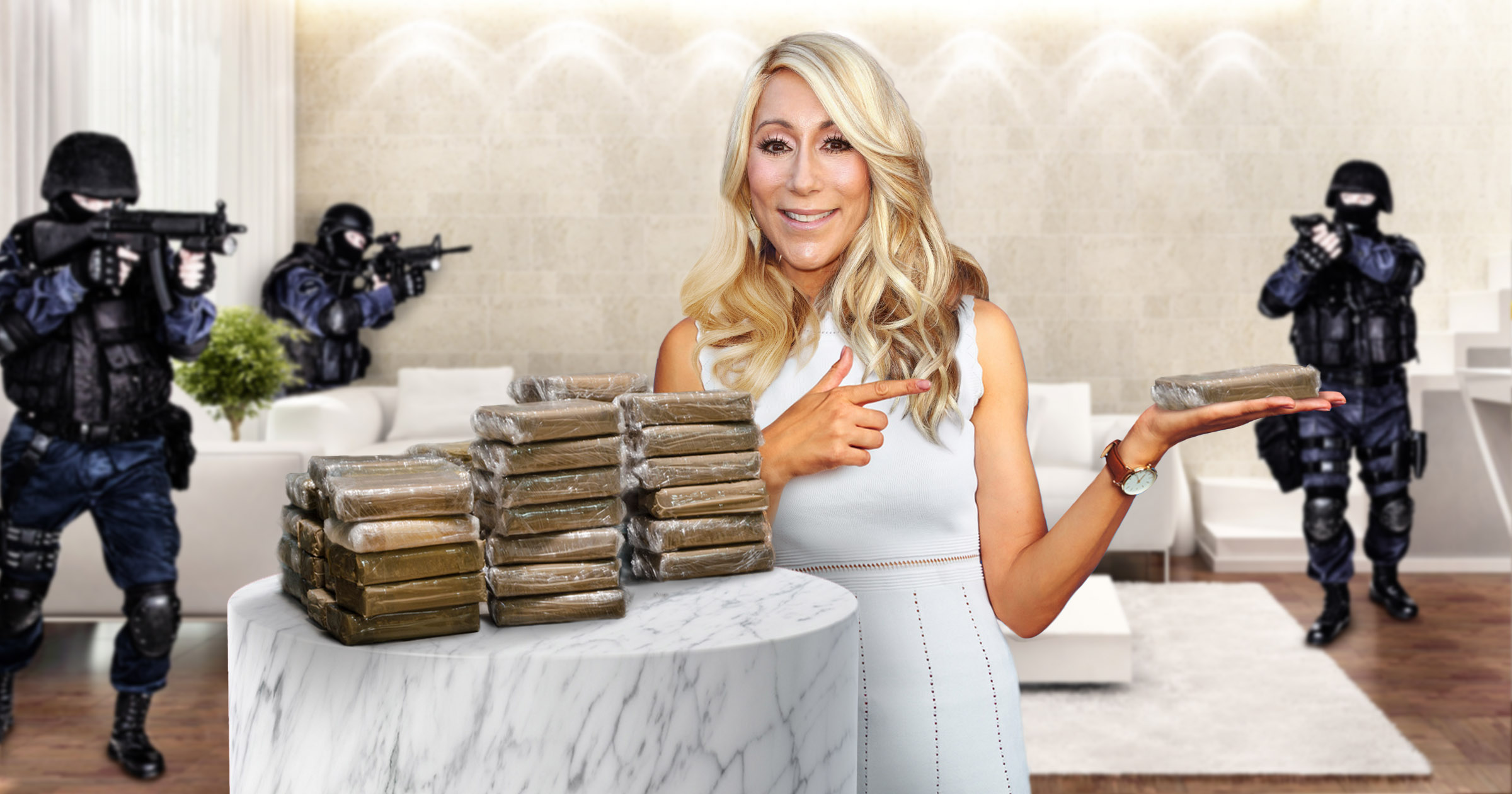 One of the United States’ most celebrated entrepreneurs was just implicated in a major scandal that may very well tarnish her legacy forever: Lori Greiner was arrested by the FBI after attempting to sell 500 kilograms of heroin live on QVC.

Just devastating! This is a shocking fall from grace for this beloved business tycoon!

During a QVC broadcast of Greiner’s show Clever & Unique Creations yesterday, the celebrity businesswoman had just finished selling a rotating shoe organizer when she announced that she had a “special offer” for her viewers that they would not want to miss. Greiner then gestured toward a 500-kilogram stack of pristine white heroin and informed viewers that she was about to offer them a once-in-a-lifetime deal.

A graphic appeared listing the price of the massive haul of heroin at $76,497,982.99 plus $5.50 shipping and handling. However, an excited Greiner announced that for a limited time she would be selling the heroin for only $66,000,000.99 with free shipping and handling, and that QVC would throw in a pair of Spenco-brand orthotic sandals with each purchase, absolutely free.

“Seriously, this is the most incredible heroin you’re ever going to find—you can’t get this one the streets. This is pure white powder made from all-organic Southeast Asian poppies, and when it hits your brain you’re going to feel like a god. This stuff just gives you an absolute full-body orgasm,” Greiner excitedly told her viewers, adding that typically only celebrities and Saudi princes get access to smack of such quality. “And you can pay all at once for this special deal, or you can make three easy payments of $22,000,000.33. Either way, you’re getting uncut top-shelf dope at black tar prices. How amazing is that?”

As Greiner spoke, the broadcast cut to tasteful footage of smiling middle-aged people snorting tidy lines of heroin and reeling with ecstasy while a graphic flashed on screen that said, “HEROIN WILL MAKE YOUR PROBLEMS FEEL LIKE THEY DON’T MATTER.”

To further entice QVC viewers, Greiner announced she had prepared a “special demonstration,” and rang a small bell, after which QVC crewmembers wheeled out a belligerent silverback gorilla in a steel cage. Greiner then took a syringe filled with heroin and said, “Just look at how potent this stuff is! I’m going to inject this 500-pound behemoth with just a few grams of this incredible heroin, and in a matter of seconds it’s going to sedate him into a blissful stupor.” The QVC host then injected the syringe of heroin into the gorilla’s arm and the gorilla slumped over unconscious. It was unclear if the animal was still alive as the QVC crew wheeled him offscreen.

At this point the phones started ringing off the hook as hundreds of QVC viewers scrambled to get in on the deal.

Everything seemed like business as usual until Greiner received a call from a 60-year-old lady named Deborah from Dearborn, Michigan, who began placing an order for the 500 kilos of heroin. Unfortunately for Greiner, however, halfway through placing her order, Deborah from Lincoln revealed that her real name was Nancy from Lincoln, and that she was an undercover agent for the FBI. At that moment, a blast charge blew down the door of the QVC studio and 50 armed troopers in riot gear stormed in, seized the heroin, pinned Greiner to the ground, and placed her under arrest.

This is definitely a major setback for the Shark Tank star. Not only has her merchandise been confiscated into federal custody, but she must now miss several tapings of her QVC show as she awaits trial for possessing and distributing a Schedule I controlled substance. It’ll be interesting to see if Lori will be able to bounce back from this one!