Fuck It: Let’s Rank The Religions 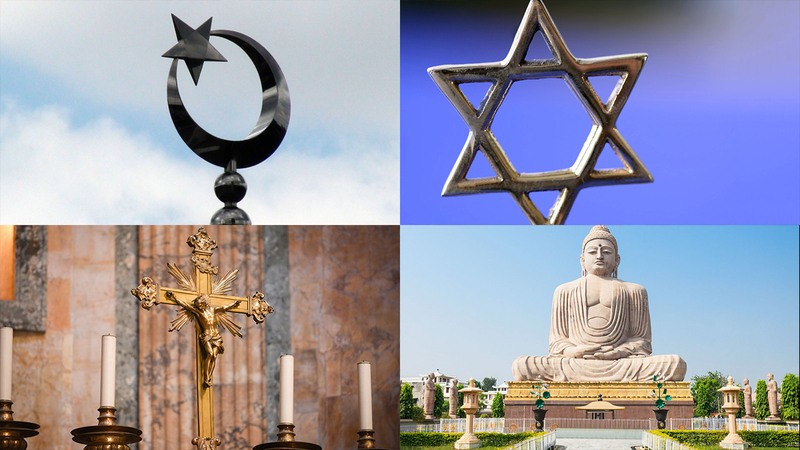 Sitting pretty at number one is Hinduism. You bet your ass we’re saying that Hinduism is better than all other religions. That’s what being number one means. Congratulations to Hinduism, the best religion in the whole damn world. All right, let’s keep the ball rolling. These religions aren’t gonna rank themselves.

Coming up just short of number one but still near the front of the pack is Bahá’í. Nice work, Bahá’í. Couldn’t quite clinch the number-one spot, but second place is nothing to be ashamed of. Bahá’í blew all the other religions out of the fucking water. Okay, who’s up next?

Judaism is the third-best religion. Don’t agree? Don’t care. It’s our list, and we can do whatever the fuck we want. Judaism is number three. We’re ranking these puppies like it’s NOBODY’S business. Wooo! Feels good as fuck. Moving on!

Islam comes in at number four, just BARELY missing the top three. Yowch! That’s gotta hurt. Sorry, Islam, that’s the name of the game, baby! But hey! This is a long list. All things considered, four is a pretty solid ranking. Keep your chin up, Islam.

We decided to rank Buddhism at number six. Not much to say about it. Just felt right. Fuck yeah, let’s keep this rank train chuggin’ on down the line!

Sikhism holding it down at number eight! Nice. Fuck, this is awesome. We should have ranked the religions a long time ago. This is way overdue.

And bringing up the rear is Shinto. Better luck next time, Shinto.

We don’t know what they’re called, but there are way too fucking many of them to sort through, so we’re just gonna say they’re number 10, and you’re gonna have to be content with that.