Gridiron Drama! These Are The 7 Greatest Super Bowl Plays Of All Time 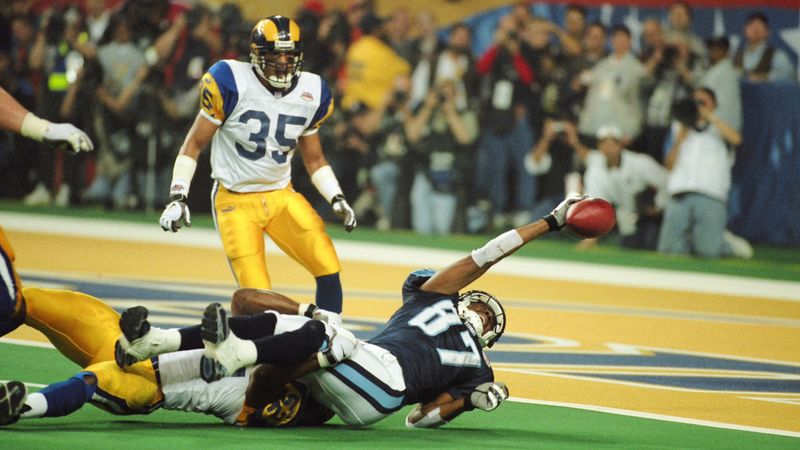 Super Bowl Sunday is almost here, so it’s time to relive the football magic of yesteryear! We’re counting down the seven most incredible plays ever to grace the NFL’s grandest stage.

Surrounded by defenders, the Bills’ Thurman Thomas seemed like he was out of options. But in a flash of brilliance, the halfback leaped into the air, grabbed onto one of CBS’ aerial cameras, and used it to zipline 50 yards for the touchdown.

Leave it to all-time great Joe Montana to use everything to his advantage. This legendary throw bounced off the heads of all seven referees on the field before landing in the hands of Jerry Rice for a touchdown.

Rich Gannon’s short pass to Jerry Porter fell incomplete in one of thousands of Super Bowl plays known simply as “The Play.”

Trailing by five points on their own 20-yard line, the Steelers were down for the count against the Cowboys. However, just before the final play of the game, an anonymous pilot flew a small airplane over the arena and wrote “Football Sucks” in skywriting. The Cowboys defense was too busy yelling “No it doesn’t!” into the sky to see Terry Bradshaw running the ball 80 yards for a game-winning touchdown.

In a game remembered for Joe Namath’s “guarantee” that his Jets would win, few recall the game’s greatest pregame promise: Colts tight end Tom Mitchell’s guarantee that he would catch one pass for 15 yards. That’s exactly what he did en route to a 16-7 loss.

In the first quarter, the Bears were getting pummeled when, out of nowhere, defensive lineman William “The Refrigerator” Perry stormed on from the sideline and asked everyone to take a knee so he could tell them an old story called “The Pharaoh’s Foible.” His rapt audience listened to a strange yarn about a pharaoh so thirsty he drinks the entire Nile, thereby ruining the year’s harvest. So compelling was the story that none of the Patriots noticed Walter Payton scoring touchdown after touchdown at the other end of the field. The best part? The tale was so rich and full of lessons that no one really cared who won or lost that day. They were just happy to have heard the story of “The Pharaoh’s Foible.”

Five minutes into the second quarter, Ravens safety Ed Reed is rumored to have performed a defensive play so disgusting that CBS had to edit it out of the broadcast, and every witness refuses to discuss what happened.