Incredible! We Asked These Astronauts What It’s Like To Be In Space 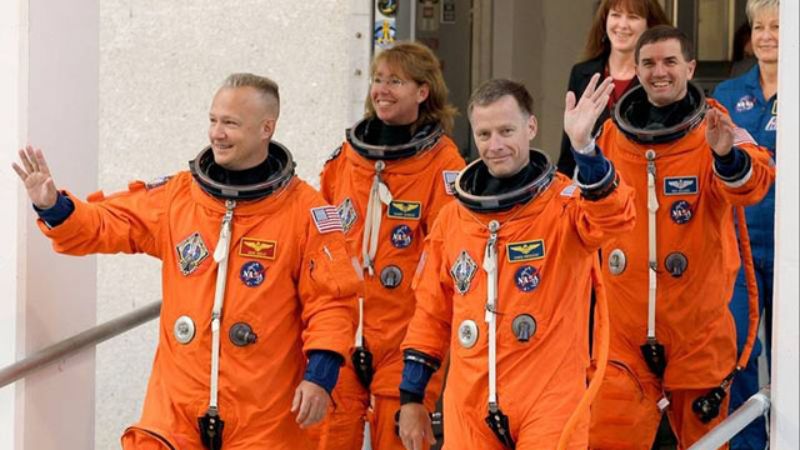 What’s it like to float hundreds of miles above the Earth’s surface? We asked seven astronauts to tell us everything.

“Imagine your body as a potato. Now, imagine no gravity acting on that potato, and bingo: That’s what space feels like.”

“It’s so inspiring to see the entire globe shimmering below you and realize that this is where prog rock started.”

“The best part was getting your picture taken while deadlifting a 3,000-pound barbell. There’s no gravity, so it’s super easy to lift, but you still look really strong.”

“I was looking forward to being weightless, but gravity still works for me in space. It kind of sucks seeing all the other astronauts floating around while I’m stuck on the floor.”

“There are a bunch of extra continents you can only see from space. So far, I’ve counted 18 continents, but I find more all the time.”

“You never know true beauty until you see Earth from space, or true terror until you hear someone knocking on the space station door from outside. You look through the porthole and see an astronaut, but all your crew is inside and accounted for. You use the comm to ask who it is and he says he’s Ramirez returning from a repair mission, but Ramirez is sitting right next to you in the command module and he’s just as confused as you are. When you tell the guy this over the radio he starts banging on the door louder and harder, begging you to let him in, saying he’s the real Ramirez. Meanwhile, the Ramirez inside with you is pleading to keep the airlock shut. It really puts life on Earth into perspective.”

“There’s no golf there.”