Privacy Scandal: Mark Zuckerberg Is Being Chased By A Shotgun-Toting Farmer After Ignoring The Old Man’s Rule Not To Collect His Beautiful Daughter’s Personal Data 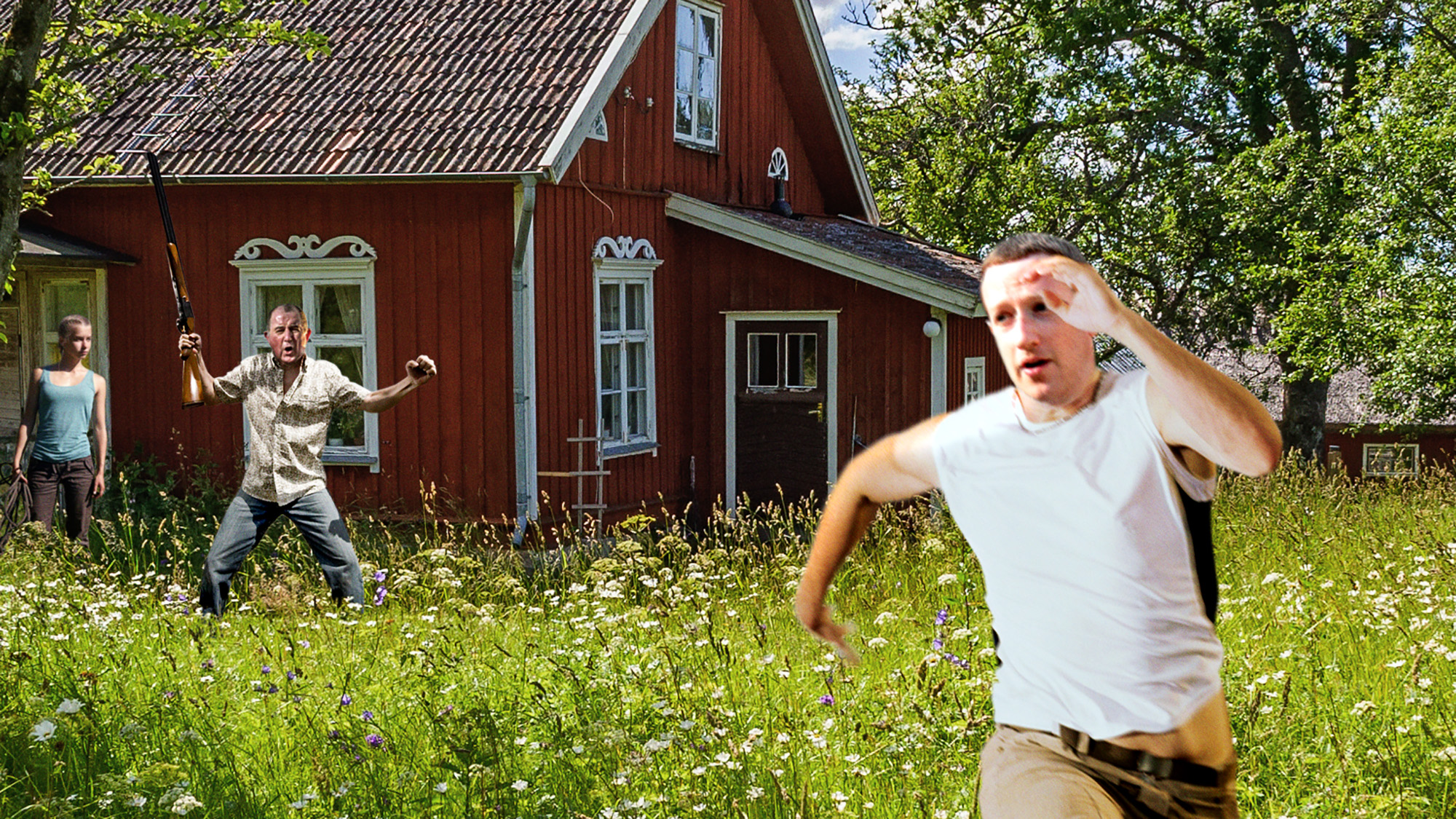 Mark Zuckerberg has weathered his share of controversy, but his latest privacy scandal is the worst he’s suffered yet. The Facebook CEO is currently running away from a shotgun-toting farmer after breaking the old man’s rule not to collect his beautiful daughter’s personal data.

Yikes, this spells trouble for Facebook. Although he’s managed to avoid consequences for vacuuming up user data in the past, it looks like Zuckerberg has finally crossed the line as he sprints across a wheat field ducking rounds of buckshot.

Zuckerberg chanced across the farmer’s cottage when his car broke down while he was driving home late one night from Facebook’s headquarters. After knocking on Old Man Clemson’s front door, the aging farmer generously offered him a place to sleep for the night, with one strict stipulation: “Mr. Zuckerberg, you’re welcome to my hospitality, but keep your distance from my daughter Gwendoline’s data,” warned the farmer. “You avoid assembling a user profile about her online browsing habits, and we’ll all get along just fine.”

At first, Zuckerberg tried to obey his host’s intimidating threat despite being sorely tempted by all the targeted ad dollars he could earn from sweet Gwendoline’s highly desirable demographic. Over a dinner of suckling pig, the Facebook CEO won the trust of the farmer and his wife by complimenting their cooking and bonded with them by discussing his fun hobby of personally slaughtering the animals he eats. But trouble started when the farmer’s daughter changed the subject to Zuckerberg’s line of work.

“I heard you Menlo Park boys work wonders when it comes to monitoring people across the web, even when they aren’t on Facebook,” the girl said coquettishly while twirling a blonde lock of hair around her finger. “None of the gents in this boring backwater town are sophisticated enough to use the ‘like’ buttons that are embedded on websites everywhere to secretly relay your IP address back to a Facebook server whether or not you click anything,” she said, clearly enamored with the hoodie-wearing CEO. Noticing the farmer’s suspicious glare, Zuckerberg quickly began talking about how Facebook values and respects user privacy, repeating the same lines he’d memorized for his congressional testimony after the Cambridge Analytica scandal.

When dinner was over, the farmer pulled Zuckerberg aside and growled “I see the goo-goo eyes you’re making for my daughter’s data, and I won’t abide that under my roof. If you and my little girl decide to have sex with each other, that’s your business. I respect her bodily autonomy, and she can sleep with whomever she chooses at any time, but I won’t tolerate a business model that monetizes users by trading their information to shady marketing firms and political super PACs under my roof.”

After once again assuring the farmer of his honest intentions, Zuckerberg went to sleep in an upstairs guest room only to be awakened around midnight by the sound of the door creaking open. Standing in the doorway was Gwendoline, her lace nighty glimmering silver in the moonlight from an open window. “Sorry to bother you, Mr. Zuckerberg, but I couldn’t sleep on account of how valuable my ad impressions are for corporate brands,” she tittered lasciviously. “Would it be all right if I sat next to you in bed and filled out a few Facebook user surveys?”

After hissing at her to close the door, Zuckerberg nervously began collecting her data. “This is wrong, you’re only 16…” he muttered before succumbing to temptation and gathering the email addresses of her contacts.

The next morning, Old Man Clemson was browsing his Facebook notifications when he got a message from the social media platform suggesting he tag his daughter in a vacation photo. “Zuckerberg! You uploaded my precious Gwendoline to your facial recognition algorithm!” he bellowed as he stormed upstairs, unaware that Zuckerberg had already shimmied down a drainpipe to make a hasty exit. “Maude, fetch my Winchester!”

Pushing past his daughter, who begged him, “Don’t hurt Mark Zuckerberg, Papa! I love Facebook!” the farmer began chasing the tech mogul across the pasture with a speed surprising for his advanced age. As Zuckerberg rounded the front gate, the farmer unleashed a double-barreled blast from his shotgun that narrowly missed the fleeing billionaire and instead blew apart his own mailbox in a shower of shrapnel and envelopes. “This is the final straw, Zuckerberg! I’m quitting Facebook once and for all!” screamed the farmer as he reloaded his firearm. “From now on, I’m only posting pics of my daughter on Instagram!”

As of the latest reports, the chase shows no signs of slowing down, which definitely isn’t good for Facebook’s public image. Having an outraged, shotgun-wielding farmer in hot pursuit of Mark Zuckerberg is not a great look for a company that’s trying to win back users’ trust on privacy issues. It’s clear that when it comes to how Facebook collects data from Old Man Clemson’s daughter, the social media giant still has room for improvement.