The Real Story Behind 8 Famous Photographs 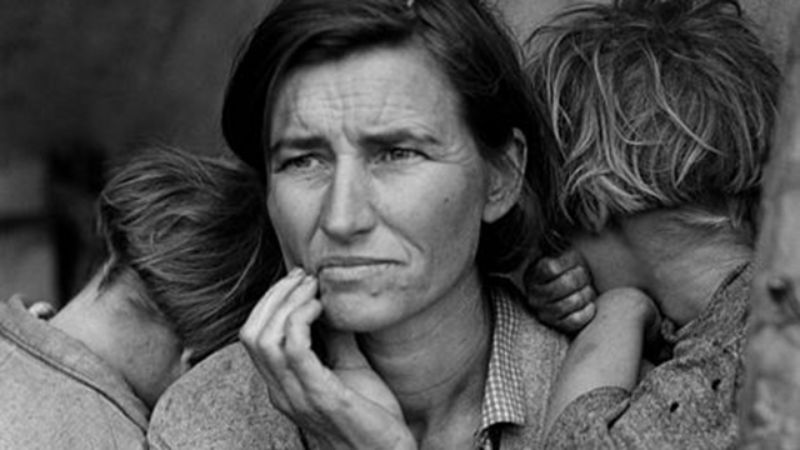 A picture is worth a thousand words, but sometimes it doesn’t tell the whole story. Here’s what’s really happening in these iconic photographs.

At first glance, this iconic image looks like sweethearts—a nurse and a sailor—celebrating the end of World War II with a passionate kiss. In reality, this photo actually shows two brothers, The Amazing Branzottis, who were circus performers and Siamese twins connected at the mouth. Their popular sideshow act was hired to march in the parade as entertainment for the returning troops.

The desperation and hopelessness of the Great Depression was effectively captured in this gritty image of a family down on their luck—or was it? The photographer used clever framing to avoid showing that the mother at the center of the photo was actually sitting in—you guessed it—a Dodge Viper.

This photo of three pals hanging out embodies old-school cool, but didn’t it always seem odd that the Cigarette Friend on the far right wasn’t smoking? The explanation is that he had just extinguished his spent cigarette by putting it in his mouth and then swallowing it, like the badass he was.

Albert Einstein spent his career calculating how subatomic particles behave, but until immigrating to the U.S., he never got a chance to taste an electron. This was the great physicist’s delighted reaction after licking a spoonful of pure electrons at the Princeton cafeteria.

NASA was forced to subtly doctor this image when the Apollo 11 astronauts accidentally brought a banner that said “Russia was here first” to the moon instead of an American flag. Photo editors later corrected this error by altering it into the intended stars and stripes.

Travelers in the wilderness of Afghanistan long claimed to catch glimpses of the fabled “Afghan Girl,” but photographic evidence of her existence was always blurry and dubious. Then, in 1984, a prankster fooled the world with this hoax photo, even reaching the cover of National Geographic before getting caught. Later, he revealed he faked Afghan Girl by taping a basketball to an umbrella.

Talk about being in the right place at the right time! This world-famous photograph captured a rare image of waffles and coffee right next to a plate of eggs and bacon. Unfortunately, shortly after this picture was shot, all the food was tragically eaten.

This image is often mislabeled as showing the White House Situation Room during the 2011 raid to kill Osama bin Laden. In actuality, this is a meeting that the national security team had held the previous day, when the army brought out a dead body to show what they were trying to turn bin Laden into. President Obama gave the corpse a thumbs-up and authorized the mission.