‘This Is What You Should Call Him Now’: McDonald’s Has Announced It Has Changed Ronald McDonald’s Name To ‘INTENSITY’ 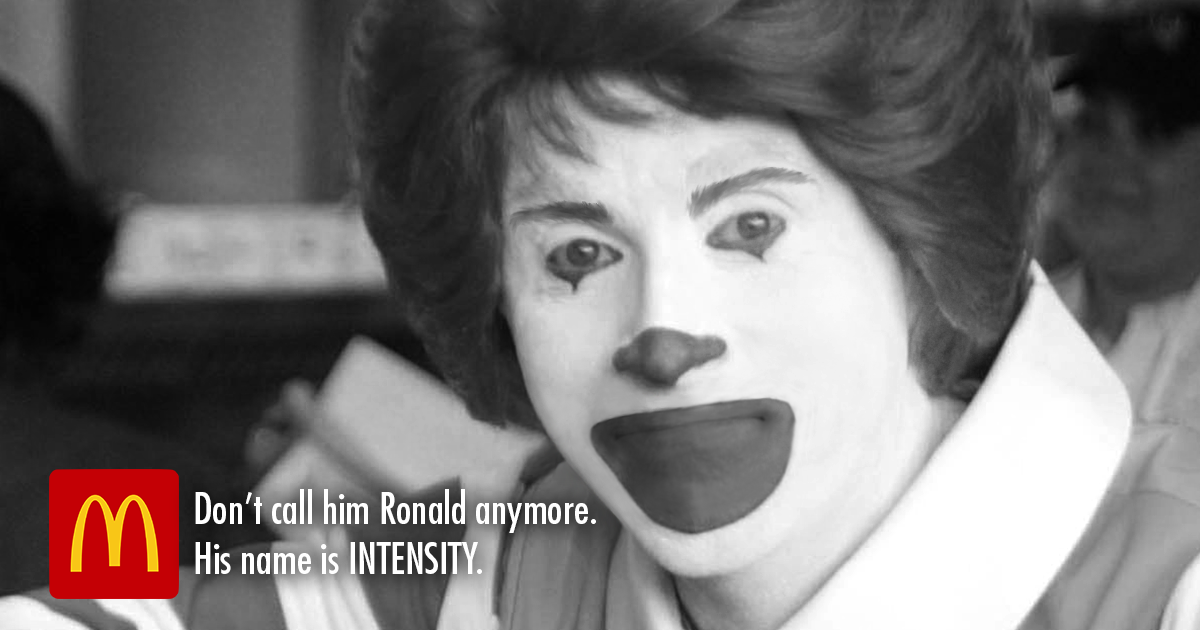 In order to stay competitive, companies are constantly looking for ways to keep fresh and adapt to the times, and it looks like the biggest name in fast food is doing just that by updating one of the most iconic fixtures of its brand identity: McDonald’s just announced that Ronald McDonald’s name has officially been changed to INTENSITY.

Wow, this is truly the end of an era. Now it’s INTENSITY’s time to shine!

McDonald’s announced the name change in a press release earlier today and has quickly begun updating all marketing materials, merchandise, and licensing agreements to reflect their clown mascot’s new identity as INTENSITY, discontinuing the Ronald McDonald moniker from here on out.

Check out the press release in its entirety below:

“McDonald’s is proud to unveil Ronald McDonald’s new name: INTENSITY. This is what you should call him now. Thank you.”

In conjunction with the announcement, McDonald’s rolled out a series of billboards and ads around the country today to spread word of the name change, most of which feature a black-and-white photo of INTENSITY staring directly into the camera with no expression on his face. After decades of smiling and clowning around, it appears that the mascot formerly known as Ronald McDonald is now much more serious and zeroed in on his goals, trading his trademark happy wave for a steely eyed gaze and no-nonsense attitude.

Damn. INTENSITY has arrived, and he is ready to be the face of fast food for a whole new generation.

While it’ll undoubtedly take most of us a long time to get used to referring to the mascot by his new name, we’re sure that INTENSITY will grow on us eventually. Kudos to McDonald’s for taking a big swing and trying something new.