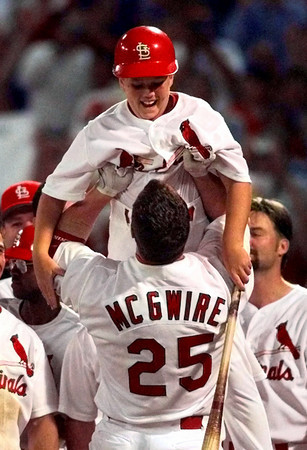 6. That scene in Jurassic Park when the monster spits all over Wayne Knight!

9. Sometimes a person will smash a wall.

11. Imagine that a very small comet comes crashing down from the sky and bonks someone on the head. That person, who doesn’t know that a comet was responsible for the bonk, turns around and punches the face of the person standing directly behind him, thinking he was responsible for the bonk. The person who was punched falls to the ground, and the first person walks away. The punched person then gets up, grabs a rock, and throws that rock at the sky because he knows it was responsible for the punch from the bonked person. This person doesn’t throw the rock that high, but it still manages to hit a hang glider right in the face, making him lose consciousness. This hang glider crashes into the St. Patrick’s Day Parade the two men were watching, colliding with a fairly good high school marching band. The entire woodwind section of this fairly good high school marching band gets taken out. The parents of the brass section then begin to taunt the parents of the woodwind section, and a brawl starts within the band parents’ section of the crowd. This sets off a chain reaction, and soon enough, the whole crowd is brawling. The mayor fires her gun attempting to stop this, but accidentally hits a second hang glider with the bullet. This second hang glider then crashes into the brass section, and since equilibrium has finally been reached, the violence stops, at least until the next comet hits.

The violence is over.