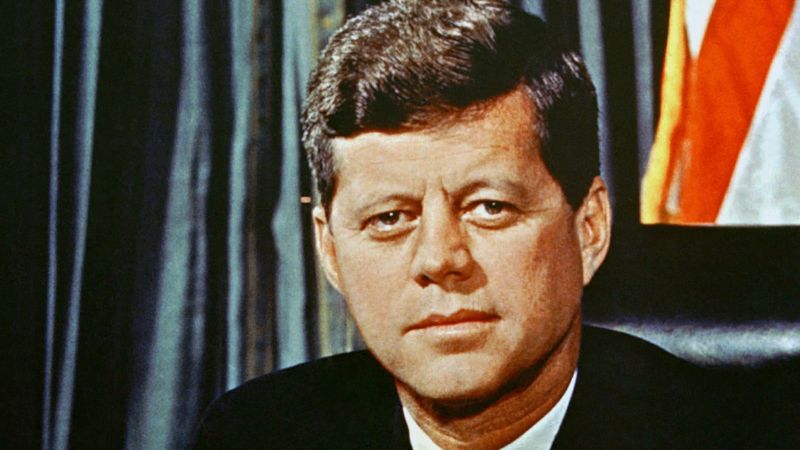 You’ve heard ’em a thousand times, but now find out what these words—spoken by some of history’s most famous people—really mean.

1. “An eye for an eye only makes the whole world blind.” —Mahatma Gandhi

Most people don’t know that Gandhi told this now-famous saying to his friends after eating lunch with them at a restaurant in Calcutta and being told it was his turn to pick up the check.

President Kennedy’s most famous quote was actually just a thing he would say to confuse someone right before he sucker-punched them.

Somewhere along the line, the words “in a” that appeared between “living” and “well” got dropped from Herbert’s original quote, and this fallacious version resonated with people.

4. “When rich people fight wars with one another, poor people are the ones to die.” —Jean-Paul Sartre

Most people don’t know that the great French philosopher and writer delivered this notable axiom to an audience of patiently assembled woodland creatures as he stood on a stump in the center of a dewy marsh.

5. “If you are going through hell, keep going.” —Sir Winston Churchill

Think Churchill said this during World War II? Wrong. Before he ever set foot in Parliament, Churchill would utter this phrase to calm patients down during his days as an unlicensed orthodontist in East London.

6. “When you gaze long into the abyss, the abyss also gazes into you.” —Friedrich Nietzsche

It’s ultimately better not to get too far into the real meaning of this quote, as it is very racist.

7. “No one can make you feel inferior without your consent.” —Eleanor Roosevelt

During her stint as a spokeswoman for Wrigley’s Gum, Eleanor Roosevelt appeared in a slew of impressionistic ads where she spoke various nonsense phrases into the camera while pretending to rollerblade. This is one of those phrases.

8. “Better to have loved and lost, than to have never loved at all.” —Alfred, Lord Tennyson

This one actually means exactly what you think, but it’s just a bunch of bullshit, as anyone who’s dated Jane Hunter knows.

Many look to this quote for inspiration, but few know that it was actually screamed by a very high Mother Teresa into an airplane intercom as the pilot and several flight attendants tried to wrestle it from her.

This is actually just one of Maya Angelou’s incorrect Wheel Of Fortune guesses.