11 Things From ‘JAG’ That Every ’90s Kid Will Remember 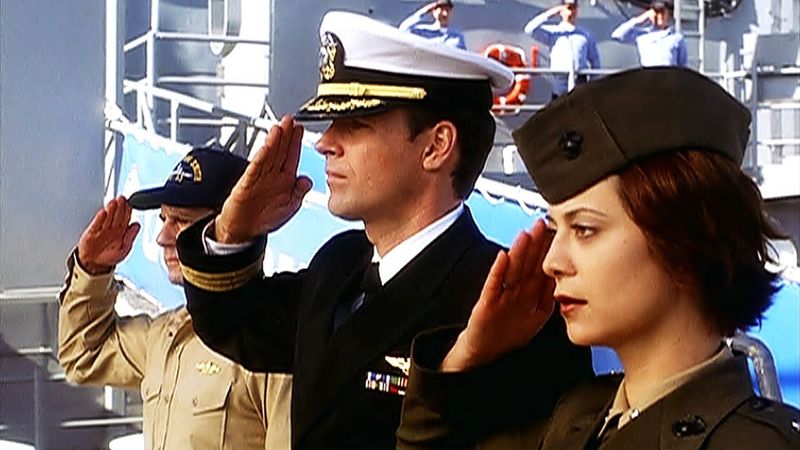 Growing up in the ’90s meant one thing—rushing home from school every Tuesday so you didn’t miss a second of your favorite hour-long, primetime military law procedural. Every Junior Judge Advocate General shares these memories:

1. Your first crush was on Lt. Col. Sarah “Mac” MacKenzie.

2. You know this song by heart—and will never get sick of hearing it.

3. You couldn’t wait to visit the USS Seahawk.

4. You got the feels when Lt. Cmdr. Rabb became Commander Rabb in Season 5, Episode 9, “Contemptuous Words.”

6. While other kids were trying to decide between going to law school and joining the Navy, you said “both.”

7. That epic crossover with Yes, Dear.

8. Or when this happened.

9. You HATED Lt. Singer after she used the death of Harriet’s baby against her—and cheered when Harriet punched her out in Season 7.

11. Finally, you cried during the coin flip, because you knew it was time to say goodbye. Thanks for the memories, JAG. Dismissed!