14 Drawers That Made Our Dad Roar 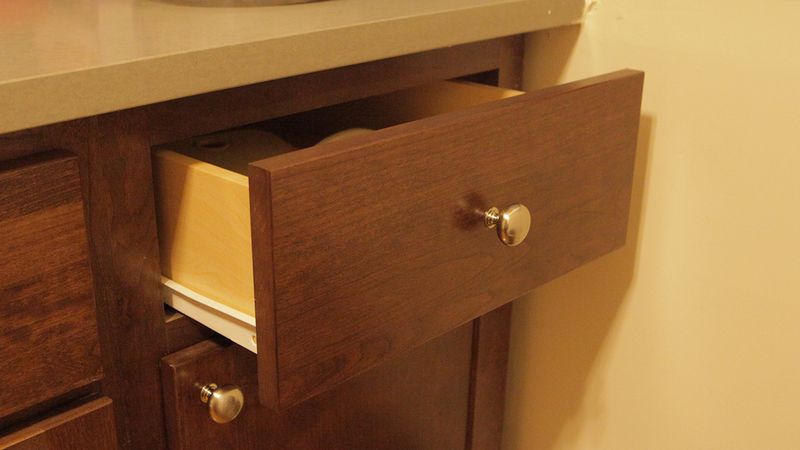 Our dad roars and roars at drawers. Does yours?

Here’s a drawer that made our father roar
He walked in through the door
and pointed at this drawer
and roared, so that we knew the score:
“I don’t like that anymore!”

When our father saw this drawer,
he roared a roar
that shook us to the very core

Drawer four sure made our dad roar
“More, more!” he roared and roared,
“Now here’s the drawer that I adore,
this drawer, this drawer, mi gran amor!”
He kissed the floor before the drawer
and swore to set the record for
the most drawers hung on Cristo Redentor

Our dad, now a door-to-door drawer purveyor,
roared an order: “Say a prayer
to glorify this drawer forever!”

According to our father’s roars,
the lore recorded heretofore
reports that drawers in years of yore,
in legends, bore a queer allure,
and/or that drawers were said to cure
impurities forevermore—
a metaphor, our father roared,
for the crusades against the Moors

When he laid eyes upon this drawer
our dad picked up a two-by-four
and roared, “I’ll give that drawer what-for!”
Quite soon the poor drawer was no more

It was a chest of drawers,
it was a hearse of drawers.
Four drawer corpses, torn asunder,
bore the brunt of our dad’s thunder
That hortatory orator
imploring us, “Abjure such drawers!”

As in Scripture’s forecasts,
as with those prophets warning
of a hoary foursome—horsemen,
portents of a torrid rapture,
so each night we must endure
our father’s roaring overture
against the drawer he calls
The Scourge

He fears this drawer
as a predator
He claims it is a carnivore
that wants to eat him al pastor;
a horrible unknown lifeform
he cannot find a phylum for