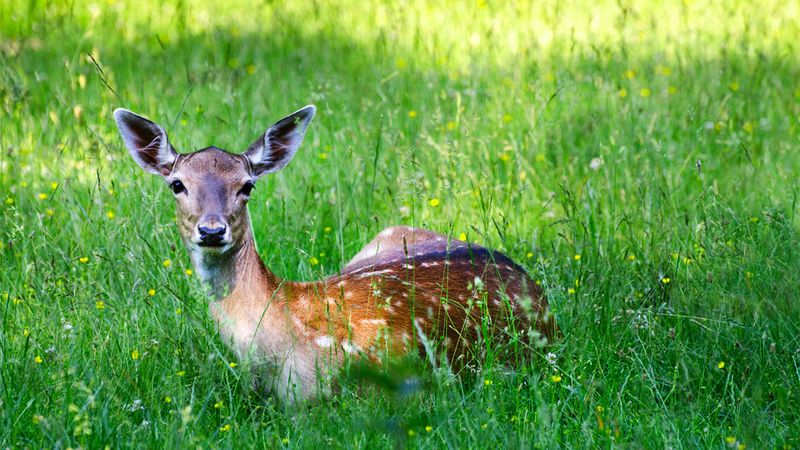 How did this keep happening to me?

1. My small drive from hell got started when this deer ran in front of me right as I pulled out of my parking spot. Like all the deer that followed, I never saw it coming.

2. I thought that first deer would be all the deer I’d hit for the night. Why wouldn’t I? But nope. Not even goddamn close. I hit a second deer almost immediately after having this incorrect thought.

3 & 4. I backed into deer casualty No. 3 when I was trying to give myself enough room to drive around deer casualty No. 2, and then I slammed into No. 4 when I began driving forward. All the deer involved in this catastrophe did serious damage to my very decent 2002 Honda Civic, a car that will, quite frankly, never be the same.

5 & 6. After I plowed into No. 5, another deer ran out to check on it. It was a beautiful moment—it sure seemed like they were in the same family—but then I unfortunately hit that one too…my foot slipped off the brake pedal and onto the gas. “Jesus goddamn Christ,” is something I loudly said to myself as the marquee lights flickered in the background.

7. I decided to go outside to see if there were any more deer, but I killed this one with the door when I tried to leave my car.

8. This one fell out of a tree right in front of me, and I had no time to avoid it. It should also be noted that no one else leaving the theater seemed to be having the same problem I was.

9, 10, & 11: These three rolled out of the back of a flatbed truck that was driving in front of me. They were already dead, but I still hit them really bad. For God’s sake, I wasn’t even halfway out of the lot at this point.

12. I admit that I hit this one on purpose to see if I actually like hitting deer. It turns out I don’t, and I feel most bad about this one.

15. I saw this one in the distance, so I flashed my lights to try to get its attention. Naturally, it got surprised by the light, and it immediately dropped dead. I suppose I didn’t technically hit this one either, but I certainly killed it.

16. I sent this last one flying just as I was about to exit the lot. I thought I was in the clear, and then this unfortunate dope jumped out of nowhere. I wish I had never gone to see the re-release of Man Of Steel, even if I had a great time watching it. My car is one big viscera-blanket-wearing dent, and I got banned from the movie theater because of all the deer I killed. Banned for my whole fucking life. Christ, what a terrible night.