16 Incredible GIFs We Would Make If We Knew How 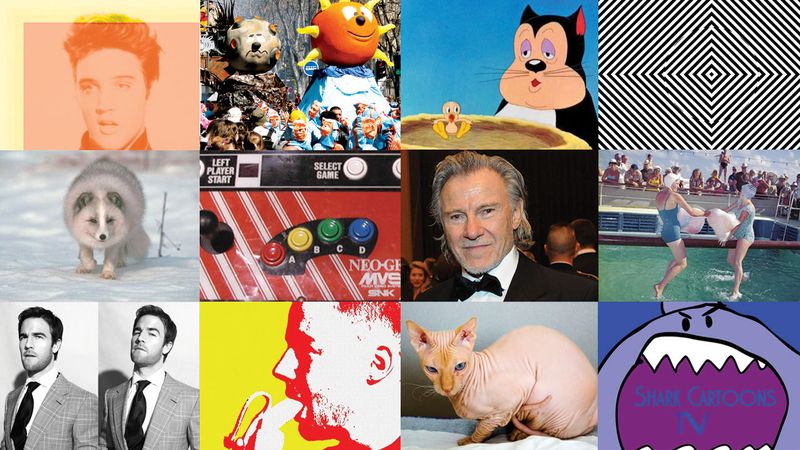 There are some feelings that can ONLY be expressed through GIFs, but somehow these ideas still haven’t been captured in this perfect medium. Please reach out to us if you know how to make any of these ideas for animated GIFs:

1.  Tom Hanks entering a room, saying “Oops,” and then turning around

If he does this in a movie, we could use that. Otherwise, we would just film it and then make a GIF of it.

2. Jennifer Lawrence pulling a full fish skeleton out of her mouth

Note: We do NOT see her put the original fish into her mouth, just her pulling the skeleton out.

Just a lava lamp but it loops like PERFECTLY.

4. Super slow-mo of a bullet going through a piñata full of confetti

Would love to see this!

5. A kid’s neck rapidly growing longer and longer (all the way into the sky) while his horrified mother looks on and screams

6. A skeleton does a crazy dance, but then the GIF stops and asks the user to enter his or her credit card information to see more fun skeleton dancing

Doesn’t really matter what the dance is, as long as the skeleton looks funny.

7. Loop of Channing Tatum running in place under a waterfall

Could be a great GIF!

8. A juggler is juggling a bunch of grapefruits and every time one comes around, he takes a bite, but they’re super sour so he is always scrunching his face

Think about how great this would look!

9. Rashida Jones downs a huge cup of coffee in half a second, looks pained for a moment (like her throat has been scorched by the coffee), then turns to the camera and shrugs nonchalantly

10. Not sure how we’d do this or what would be in it, but the idea is that the first time you view the GIF, it’s not funny at all and is very confusing. None of the pieces seem to fit together. You can’t discern the whole image. But the second time you view it, it becomes very funny. Your laughter is sudden, irrepressible and hard to explain. You feel liberated and even cruel. The third time, however—and for reasons just as obscure to you—the GIF makes you terribly sad. During the third iteration, you desperately want to cry, but you feel that doing so would ruin something fleeting.

Again, we don’t know what’s in this GIF, but it’d repeat every 4 or 5 seconds. Blue background.

11. Some baby ducks with little sunglasses

12. Stephen Hawking dunking a basketball from the free throw line, then pumping his fist

NOTE: Should be clear in the GIF that we’re NOT making fun of Stephen Hawking. If anything, we are on his side, laughing with him.

13. A Muppet really on fire

Ideally, it would be one of the good ones.

14. Leonardo DiCaprio getting an Oscar

The man is insanely talented and versatile, and this is something that we need to see finally happen, ideally in a GIF.

15. Is it possible to make one that’s like a little video game?

You control it with the arrow keys maybe?

16. All the Teenage Mutant Ninja Turtles getting on a bus and then the destination sign on the front of the bus changes from “Kansas City” to “The Graveyard”

This would be pretty great!