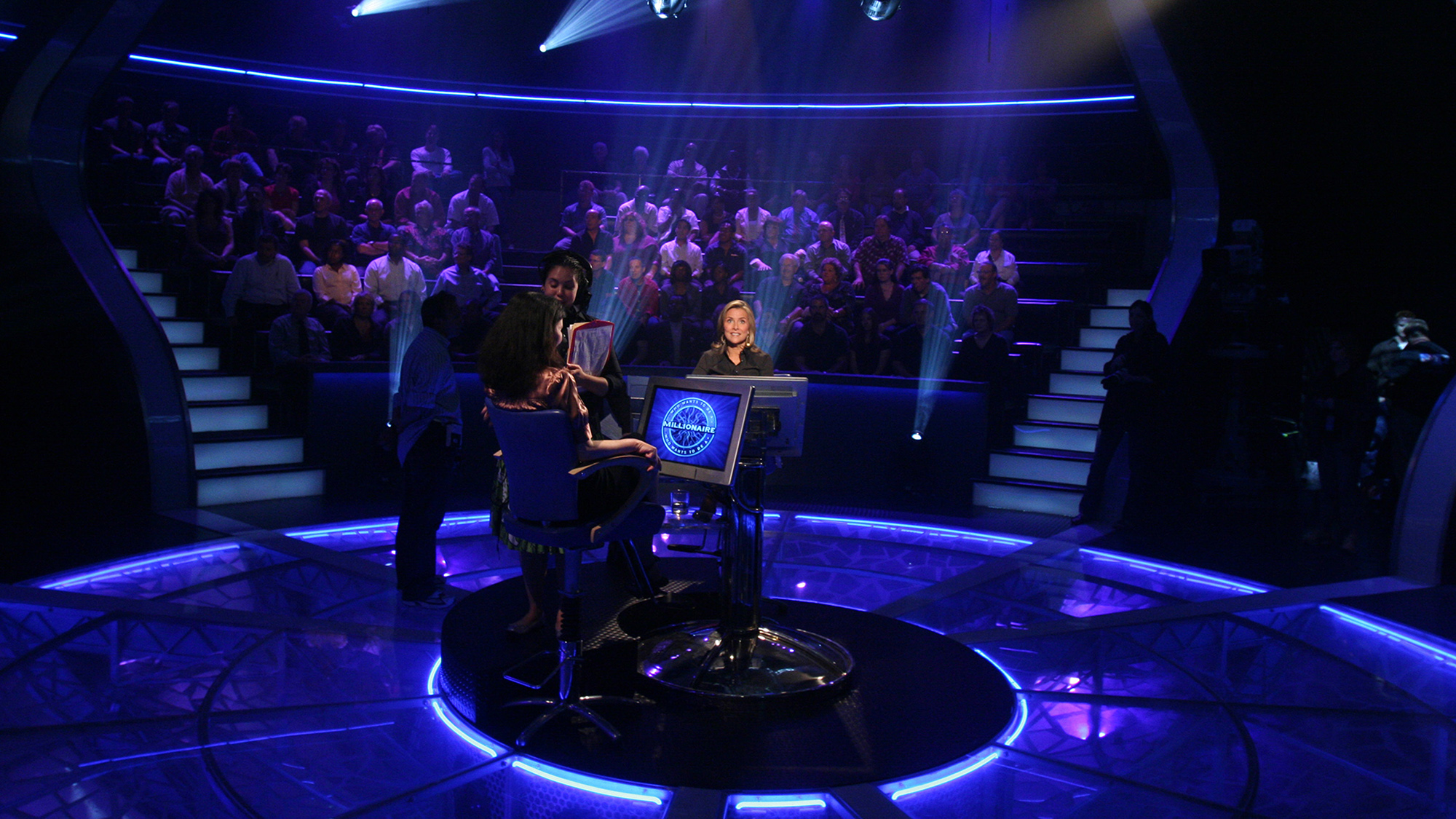 Everyone knows and loves the classic game show Who Wants To Be A Millionaire, but some episodes are a little more memorable than others. Check out this list of a few classic moments from the show where a contestant phoned a friend and it was very clear that friend was Santa Claus.

1. August 3, 1999: The episode when Santa spent most of the call telling Regis and the contestant what good boys they’d been all year:

In this episode from the show’s first season, contestant Jay Donohue was doing pretty well until he got to a tricky $30,000 question and decided to phone a friend who picked up and immediately said, “Ho, ho, ho, only 145 days until Christmas,” with zero prompting. If it wasn’t already clear enough that the jolly voice on the other end of the line was Santa, St. Nick then spent almost all of his allotted 30 seconds telling Jay and Regis that they’d both been “very good boys” that year and could expect to find shiny new electric train sets under their Christmas trees. With seconds to spare, Santa declared three of the multiple choice answers “naughty” and one of them “nice” (in this case, Syria) and wished the viewers a good night—but only after the sound of hooves were heard on the roof of the soundstage and a deep, joyful laugh echoed all across the set of Millionaire. This answer proved to be incorrect, and Jay lost the game.

2. July 25, 1999: The episode where Santa made it snow inside the studio and refused to tell the guest the answer:

Unsure which Union general had led the battle of Antietam in 1862, a young Millionaire hopeful named Jon Aperton opted to use his “phone a friend” lifeline and called the one-and-only Santa Claus. Things mostly proceeded like normal, except when Santa picked up the phone the sound of jingle bells filled the room and a gentle snow started miraculously falling inside the studio. On top of that, instead of suggesting an answer, Santa told Jon to simply close his eyes and “believe in the spirit of Christmas,” and then a small cloud started snowing exclusively over ABC Television East even though it was the middle of summer. While this moment was truly magical, it unfortunately did not help answer the question and after Santa hung up Jon ended up losing $50,000.

3. June 14, 2001: The episode where Santa made Regis cry by reminding him of a cherished Christmas memory from his childhood:

On this memorable episode, middle school teacher Elena Robbins called an “old friend” to help her out, and that old friend was none other than Santa Claus, who shared a special moment with host Regis Philbin. As soon as he heard Regis’ voice, Santa paused and simply said, “Ah, yes. 1941. The Bronx, no chimney. A red trike. You didn’t think I would come, but you still made cookies just in case,” and Regis instantly erupted into a flood of tears. For the rest of the 30 seconds allotted for trivia advice, Regis sobbed loudly while Santa kept repeating, “I got your letter, little Reggie, I’ll always come,” until the buzzer sounded and Regis passed Elena on to the next question without waiting for her to give an answer. Now that’s some pure Christmas magic!

4. October 3, 2002: The episode where the contestant needed the name of an author and Santa suggested an assortment of unrelated Christmas-themed objects as answers:

When contestant Andrea Bowen wasn’t sure which author wrote the 1940 novel The Heart Is A Lonely Hunter, she used her phone-a-friend lifeline to see if Santa Claus could help her out. Unfortunately, after Andrea read Santa the question, he simply started suggesting Christmas-themed answers like “kindness,” “tinsel,” “making toys,” and “peace on Earth,” even though the answer to the question was the name of an author. When Andrea told Santa that none of his suggested answers were options, he chuckled and said, “Well, those are the only things that matter,” and hung up. Lisa ended up guessing the wrong answer and losing the game.