4 Episodes Of ‘Full House’ Where Uncle Jesse Explained That Most Families Don’t Work Like This, And For Good Reason Too Because This Whole Setup Is Honestly Weird 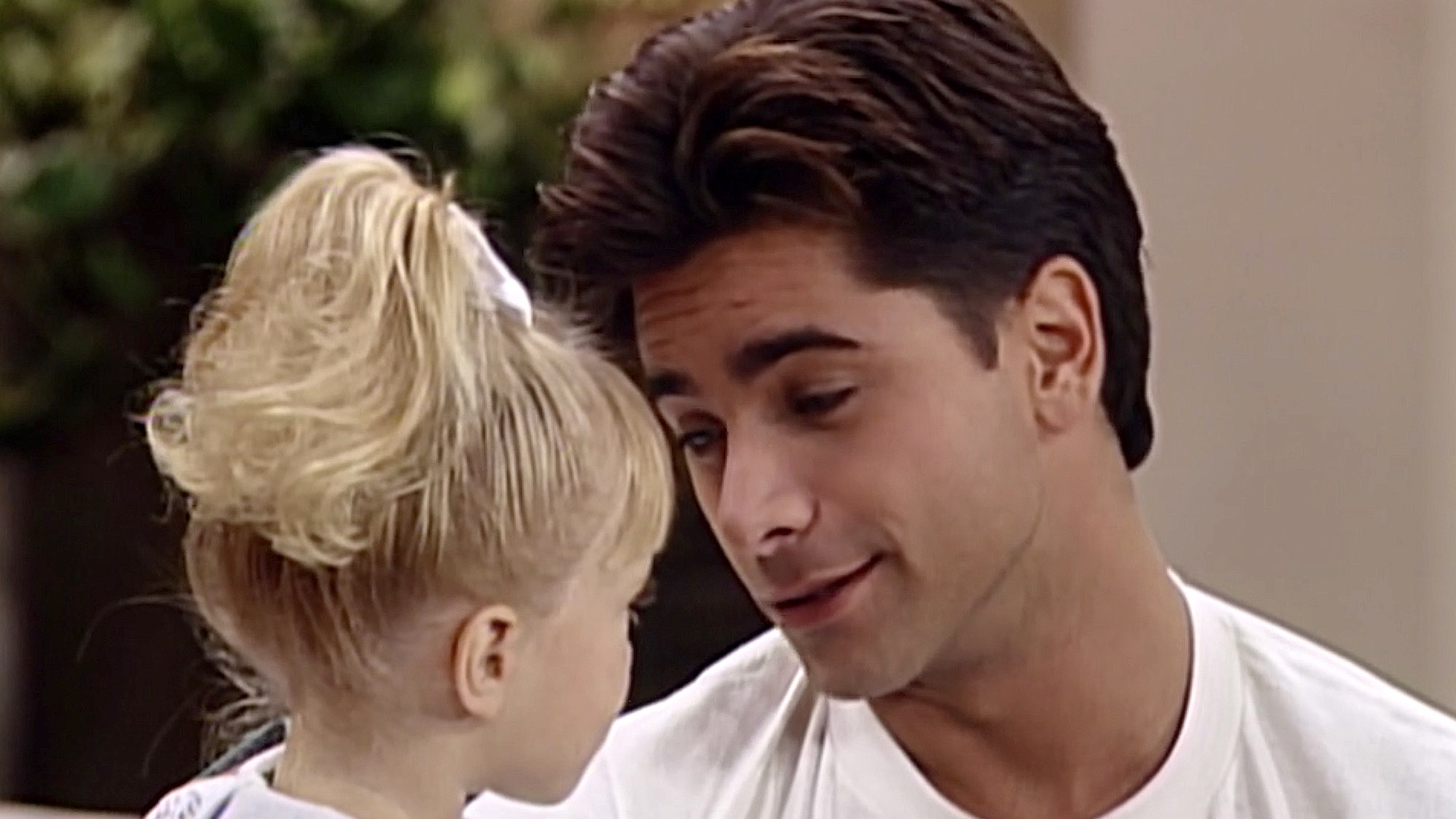 Full House is a beloved family sitcom about two grown men who move into their friend’s house to help raise his three young daughters after his wife passes away. The episodes end with thoughtful life lessons for the characters and viewers alike, and sometimes the lesson is simply that most families don’t work like the one on Full House does, and for good reason, too, because their whole setup is honestly weird. Here are four classic episodes where Uncle Jesse explained just that!

In the very first episode of Full House, Uncle Joey and Uncle Jesse officially move into the Tanner residence. DJ gets upset when she learns she’ll have to start sharing a room with Stephanie, but Uncle Jesse smooths things over in a heart-to-heart conversation where he says, “I know that you’re upset, Deej, but you’re in a very special family. Yeah, you’ll have to share a room, but now you get two uncles living in your house with you! Do any of the kids at school get to live in a house like that?” DJ shakes her head, and Uncle Jesse continues, saying, “Right. A lot of families don’t live like this, and they’re correct not to, because this is pretty weird. Me and Uncle Joey definitely could have found our own places a couple blocks away and we could just come over to help out whenever we’re needed. That’s probably what a normal family would do. But for whatever reason, we’re all here. Now let’s get you settled in your new room with your sister because it’s time for me to go to sleep in the bed that used to be yours.”

In this iconic season two episode, DJ’s decision to pick a plus-one to a Beach Boys concert gets a lot easier when the band stops by the Tanner house to hand-deliver extra tickets to their show. However, the band is shocked to see that Uncle Jesse and Uncle Joey are in the house, too, and lead singer Mike Love says they definitely weren’t expecting that the uncles would be over. Uncle Jesse says that he totally gets why they’d think that since that’s how literally every other family works, and The Beach Boys kindly offer Uncle Jesse and Joey tickets, too. “Thanks,” Uncle Jesse says, “I know it’s strange that we live here. Me and Joey are supposed to make up for the fact that these kids lost their mother, but the thing is, two weird adult men don’t equal a mother. It’s like they just have three weird dads now.” The episode then cuts to the concert later that night where the family joins The Beach Boys onstage in singing “Barbara Ann.”

Uncle Jesse explains that families shouldn’t work the way the Tanner family does in this season four episode as he and Becky move back into the house just one episode after moving out. Jesse is distraught as he says, “I can’t believe I’m voluntarily coming back to this place. I can’t believe I’m bringing my wife into it. She was my chance to be normal. And I blew it.” Everyone then begins helping Jesse and Becky bring their boxes up to the attic while Jesse continues his lesson: “This weird-ass arrangement is definitely bad for everyone’s development, too. It’s good the girls will have a woman around to help with girl stuff as they grow up, but there’s no way my marriage is going to survive me moving back in with my brother-in-law and then another guy who’s not even related to us. Take it from me, girls, when you grow up and get married, you need to live in a normal house. None of you should live together past the age of 18. Do not be like me. Do not be like this.”

In this season five episode, Uncle Jesse once again says how weird this whole living situation is after Michelle gets frustrated because she’s not allowed to hold his newborn babies, but Stephanie and DJ are. While comforting Michelle, Uncle Jesse tells her, “Don’t worry, Michelle. You’ll be old enough to hold your cousins Nicky and Alex soon, and because we all inexplicably live in the same house, you’ll get to do it the second your old enough. Now, just to remind you, that’s not how that should be. I live in an attic with my wife and two newborn babies, when certainly there’s an apartment or townhouse nearby that we could move into. It’s not like we can’t afford it. I write successful jingles for a living and my wife is a TV host.” To further cheer up Michelle, Uncle Joey then does a silly voice with his Mr. Woodchuck puppet, prompting Uncle Jesse to add, “I guess it makes some sense that Uncle Joey still lives in the basement. He’s single and owns a bunch of puppet stuff, but I’ve got a family of my own that I’m bringing into this.” Neighbor Kimmy Gibbler then bursts into the living room, sees everyone sitting together, and says, “Man, I wish I was a Tanner,” to which Uncle Jesse replies, “No, you do not. Be grateful that you live in a normal house where your uncles come over maybe twice a year tops.”