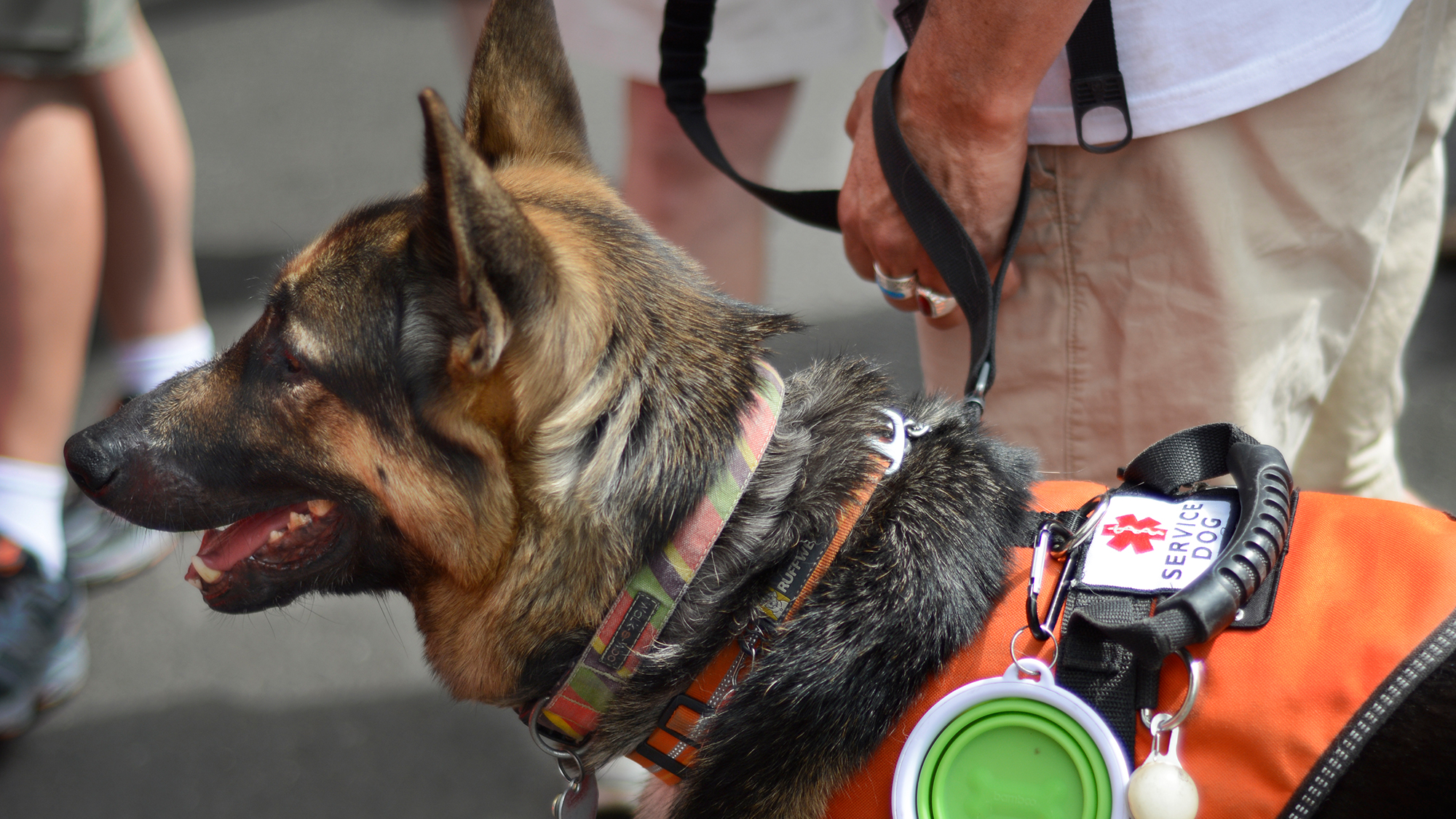 Service dogs help millions of people worldwide live freer, more independent lives, but that doesn’t mean that if those dogs had their druthers, they’d choose to be doing that. Here are four service dogs that 100 percent would rather be fucking a dog right now instead of helping a human.

Bear is a special golden retriever that helps his owner, Eleanor, live the kind of independent lifestyle that she thought would’ve been impossible when she lost her sight to cataracts over three years ago, but Bear would quit doing that type of shit in a heartbeat if he had the option to go fuck another dog instead. Bear is as well-trained and loyal as any service dog you’ll find, but if you’re evaluating the situation honestly, it’s hard to imagine a world where he’d rather help an old lady find her jacket over some good old-fashioned groin slamming with another dog. Bear doesn’t necessarily dislike helping Eleanor, he just likes it less than having sex.

Sadie the bloodhound is a gentle, kindhearted dog who helps her deaf owner, Louisa, with all sorts of daily tasks like crossing the street and alerting her when someone’s ringing the doorbell. But it almost goes without saying that if Sadie’s options were to help a deaf woman do boring, easy stuff all the time or have sex, she’d choose fucking every day of the week and twice on Sunday. As a service dog, Sadie’s life is essentially one long list of chores that she has to do for her owner, while getting into the fuck zone would basically be the opposite of a chore. Sadie would hands-down prefer to be getting humped right now.

As an emotional support dog, Simba has been the most loving companion that Sgt. Mason Parks could’ve asked for since he returned from Iraq suffering from post-traumatic stress disorder. But while Simba is perfectly happy to carry out such an important job for his grateful owner, there’s no doubt that if he ever got anything even close to a green light, this red-blooded German shepherd would gladly jump over Sgt. Parks’ dead body to clap balls all up on another dog. Straight up, Simba would bail on Parks in a heartbeat. Having sex is so much better than playing catch or getting pet or any of that kind of shit, so for Simba, a decision like this would be a no-brainer.

Duke is a total godsend of a dog that has miraculously helped his owner keep her independent lifestyle intact in the months since her diabetes diagnosis. When Duke came onto the scene, Patricia’s fears of constantly having to worry about medications, blood sugar, and diet were completely put to rest, and Duke dutifully stays by her side, regardless of how much he’d love to bail out of this whole situation and go get his fuck on with some other dog in a real raunchy way. Duke does his job well mostly because he has to do it, but if someone actually gave him the option, no amount of Patricia’s pleading could stop him from going out to find the perfect dog poon to hump while completely forgetting that Patricia even exists. Duke is an amazing dog, but at the end of the day he knows that fucking is better than helping. That’s just the way it is.