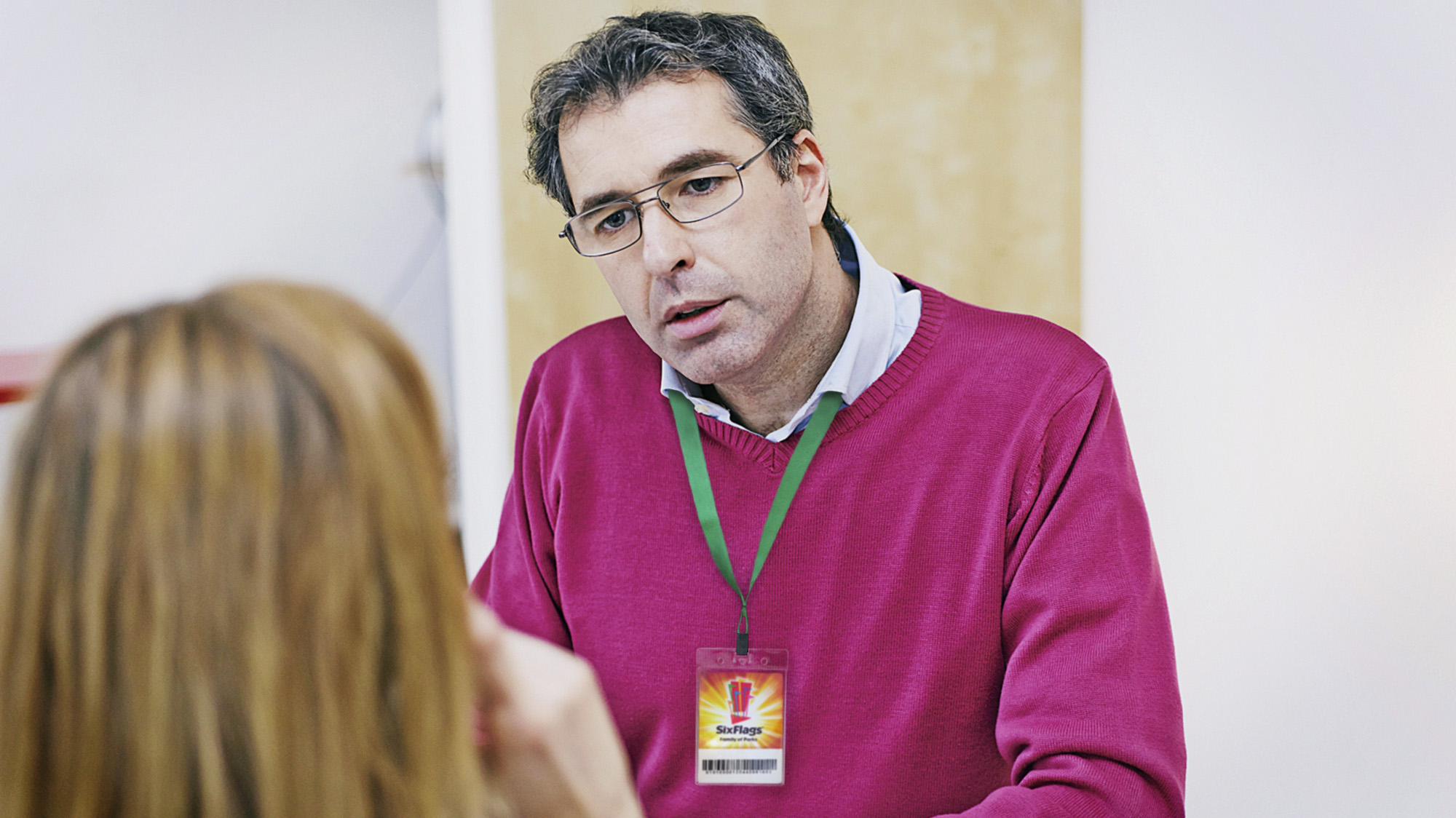 1. She keeps blaming your fear of intimacy on the fact that you didn’t ride enough roller coasters as a child: If your therapist is antsy to get to Six Flags and just phoning it in until then, chances are she’s probably already got roller coasters on the brain, and that might end up coming out in your session. Sure, it’s possible that your therapist is just using roller coasters as some sort of metaphor for the ups and downs of life, but if she keeps bringing up specific rides like the Fiddler’s Fling while you’re talking through your difficulty with letting people in, it’s likely because she can’t wait to leave you mid-sentence on the couch the second your time is up and head straight to the amusement park.

2. She’s insisting that the best way for you to solve your conflict with your parents is to measure her to make sure she’s taller than 54 inches, the minimum height required to ride the Raging Bull: If your therapist whips out a measuring tape while you’re on the verge of a major breakthrough about your childhood and tells you the best way to heal is to double-check that she’s over 54 inches tall, it’s a pretty good sign that she’s planning on heading to Six Flags in the very near future. Fifty-four inches isn’t that tall, so it only makes sense someone who has immediate plans to ride the Raging Bull or any of Great America’s other height-restricted rides would be so concerned with passing what would otherwise seem like a relatively arbitrary height requirement. And if she’s willing to interrupt you in the middle of your session, it’s likely because she doesn’t have long before she’s hitting the road to Six Flags.

3. You overhear her muttering, “I wish therapy had a Flash Pass,” to herself: If your therapist looks distractedly out the window and imagines a world where therapy had a device that allowed her to cut right to the end of your session, it’s pretty clear her head is already in Gurnee, IL, soaking in the sights and sounds of Great America. This might be the first time she’s splurged on the real Six Flags Flash Pass, so if she’s doing the “wrap it up” motion while you’re talking about how your parents got divorced on your eighth birthday, it’s because she’s daydreaming about running from Goliath to Viper without having to wait in long lines.

4. She tells you you’re cured: On its face, this is great news, but don’t allow yourself to be too caught up in the moment before you take some time to assess the situation. Do you feel cured? If the answer is no, your therapist may just be trying to rush you out of the door so she can get on the road to Six Flags before traffic sets in. If your therapist announces that you’ve finally made peace with your demons and have reached the highest level of self-actualization while she’s hurriedly applying sunscreen to her forearms and shoving a Six Flags Flash Pass into her pocket, then chances are that you still may have some work to do, and your therapist is just going to Great America.