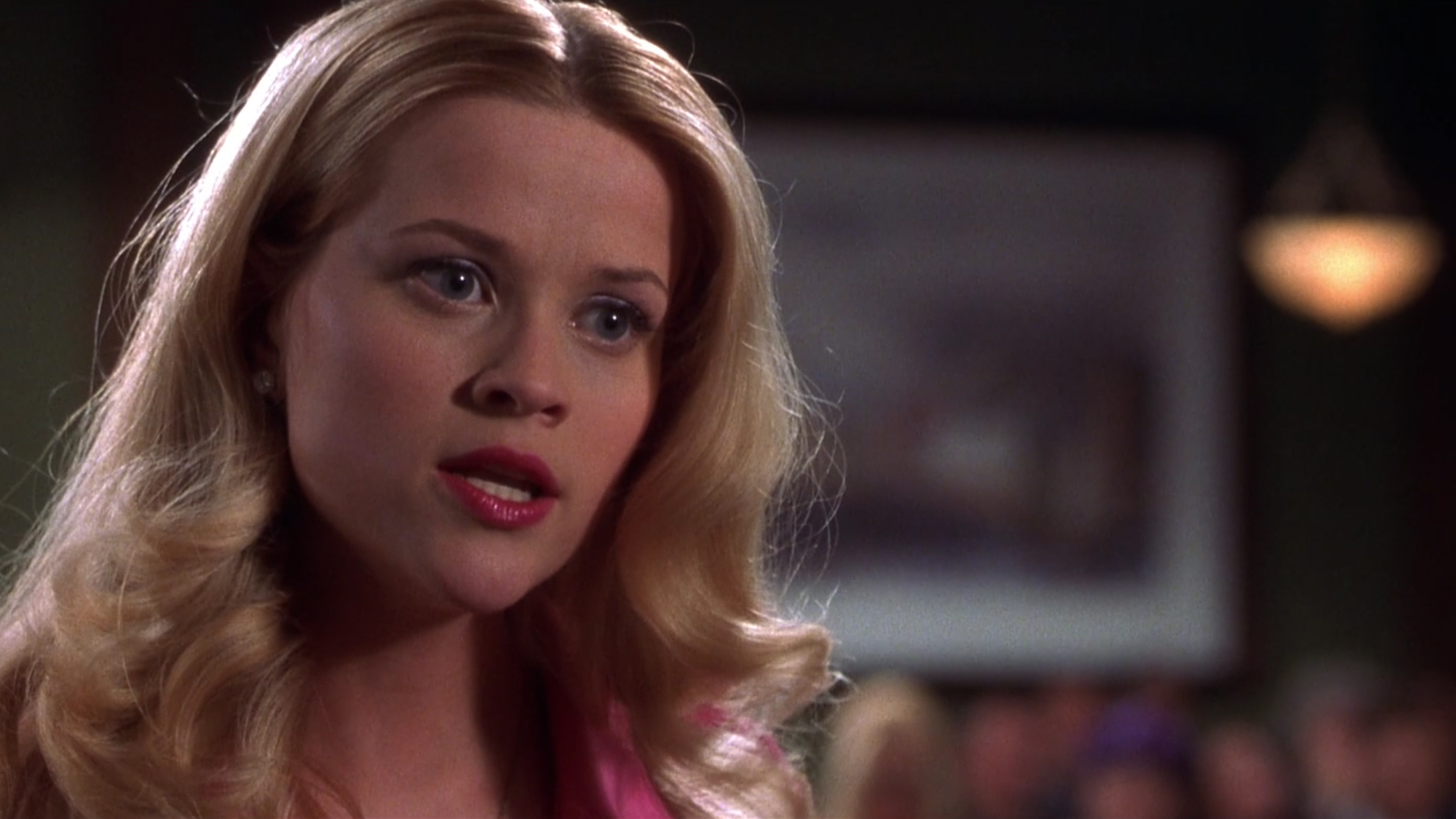 The 2001 hit romantic comedy Legally Blonde was a heartwarming blockbuster that entertained and empowered women of all ages, and the standard it set turned out to be pretty hard to live up to. Here are four times Reese Witherspoon breaks character in Legally Blonde to explain that women aren’t going to get a better movie than this for the next 20 years.

1. When Reese breaks character during Elle’s Harvard Law video essay to say that proving that women can like girly stuff and be smart at the same time isn’t especially revelatory, but it’s still going to be the best lesson women can take from a mainstream hit movie for years to come

As Elle Woods floats into frame on a pool raft in a bikini while discussing why she’s qualified to attend Harvard Law School, Reese snaps out of character and lowers her sunglasses before addressing the audience directly. “Hey, Reese Witherspoon here,” she says. “I just wanted to mention that I know this movie isn’t saying anything too groundbreaking by demonstrating that a hot, white woman can look good in a bikini while being smart enough to get into Harvard, but the reality is that movies for women aren’t going to get much farther than this for at least the next two decades. Most of them are just going to focus on the idea that friendship is important, and guess what? Legally Blonde has that covered already: My friends are totally gonna come back at the end to cheer me on. And yeah, there will be some movies with feminist messages that are more complex than what we’re doing here, but will those be fun to watch? Hell no. In the center of the Venn diagram of women’s movies that are fun to watch and make a point, there will only be Legally Blonde. So sit back and enjoy the next hour or so, because it’s not getting much better than this anytime soon.”

2. When Reese pauses during the “I’ll show you how valuable Elle Woods can be” scene to say that a montage this inspiring isn’t going to show up again for a good couple decades

In the middle of Elle’s montage about getting down to business and studying for her classes, Reese suddenly looks into the camera to clarify just how monumental the footage is, saying “All my character did was buy a computer and start carrying books around, but seeing a woman care even this small amount about her work is pretty much as empowering as montages are going to get for the foreseeable future. You’ll see a woman working hard in The Devil Wears Prada, but that’ll be at a fashion magazine, which is already a woman thing, so it just won’t be the same. And Mean Girls will do a fun sabotage montage, but it’s not exactly gonna motivate young girls to chase their dreams. Seriously, this scene where I’m slowly typing at my new laptop is just gonna have to cut it for showing that women can take pride in their work for a long, long time.”

3. When Reese stops in the middle of the “bend and snap” scene to lament the fact that due to Legally Blonde’s ubiquity, every woman born between 1960 and 2010 is going to have to learn how to do the bend and snap at some point

After she lowers herself to the floor before snapping back up to complete her first “bend and snap” during Legally Blonde’s iconic beauty parlor scene, Reese breaks character to explain how prevalent the unfortunate move will be: “The bend and snap is honestly pretty weird and awkward, but no other movie is even going to try to have a memorable gesture that women can replicate, so you’re just going to have to go along with this one,” she says. “You’re probably gonna have to do it whenever someone brings up the movie, too, which is going to be literally all the time. I just thought you should know what you’re getting into.”

4. When Reese turns to camera during Elle’s climatic defense speech to list off the movies that will be way worse than Legally Blonde that lie ahead

Just as her character proves her client’s innocence in a murder case with a speech detailing her in-depth knowledge of perms, Reese looks right into the camera and dives into a moving speech of her own, saying, “Watching my character crush it in this high-stakes courtroom scene might have made you think that movies for girls will all be this fun and inspiring from here on out. Nope. Hate to say it, but nope. The next big one is going to be about some friends who write on a pair of jeans, and even that is going to be super bogged down with a really sad cancer storyline. A few years after that, a bunch of 35-year-olds are going to play college students doing a cappella, but the a cappella craze will be over by the time it’s out. And they’ll eventually let women do the heist in an Ocean’s movie, but they’re going to give James Corden all of the funniest lines. There’s even going to be another Legally Blonde movie, but that sure as hell won’t hold a candle to this one, and honestly, most people will pretend it was never made. Sure, this movie doesn’t seem that groundbreaking, but girls who aren’t even born yet are going to be quoting it 20 years from now—not because their moms went out of their way to show it to them, but because it’s still going to be the best movie women will have. Every girl will own a physical copy of this movie, but they won’t even need to pop them in to watch this at a sleepover, because it’s going to play on TBS every weekend, forever. It’s Legally Blonde, and only Legally Blonde, for the next two decades. Okay, bye, I’m going to do the rest of the movie now.”