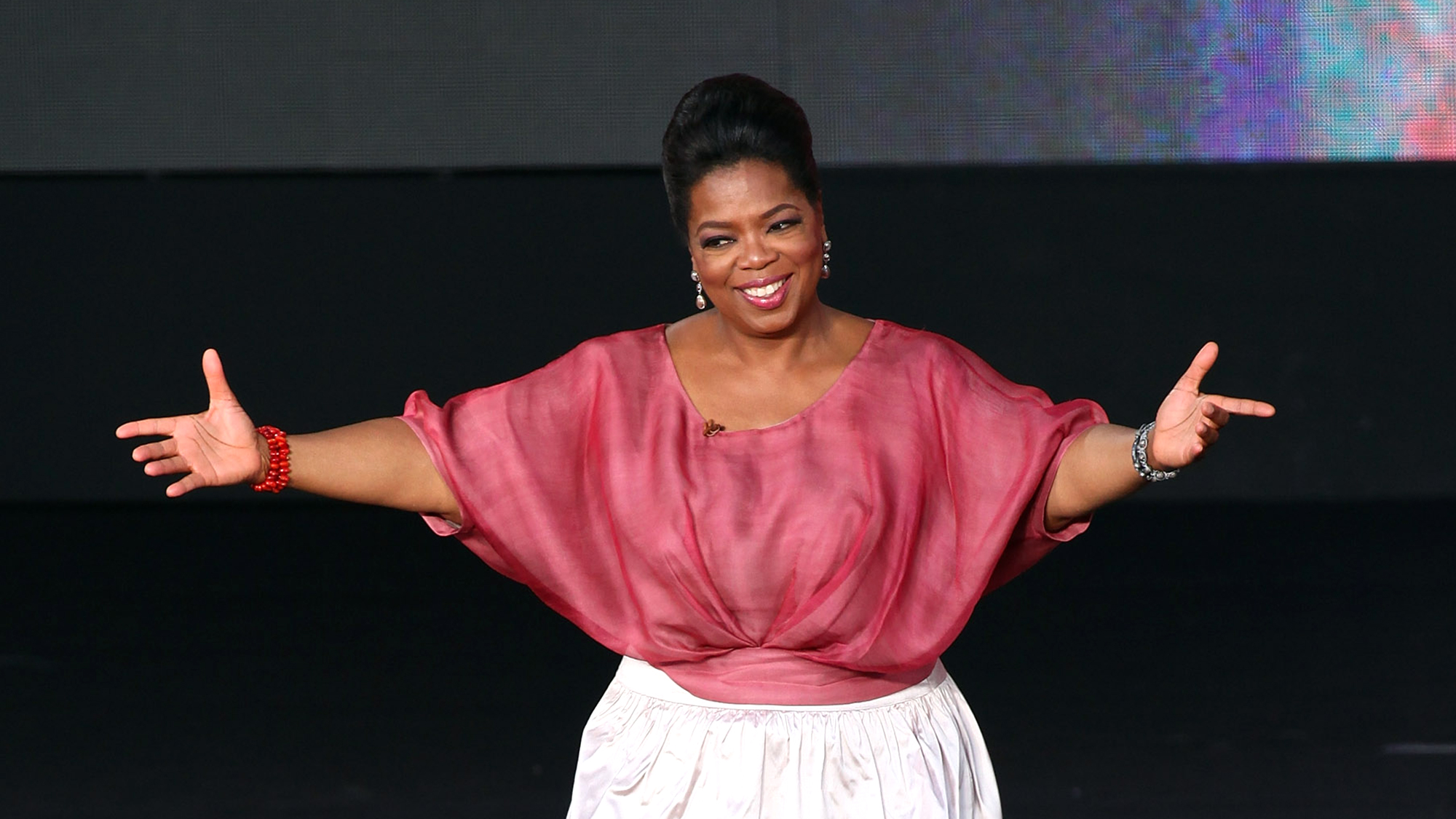 During the 25-year run of her popular talk show, The Oprah Winfrey Show, host Oprah Winfrey was famous for giving her studio audience exciting gifts to take home with them. But in these four instances, Oprah forgot to arrange prizes for the audience, so she just gave away some of her hair instead.

1. The time Oprah tried to argue that hair is just as practical of a gift as a dishwasher

In this 1998 episode, Oprah was raving about her new Kenmore dishwasher and hinting that her audience members were really going to enjoy their new dishwashers, too, when she suddenly remembered that she hadn’t actually arranged a deal with Kenmore for a giveaway. Panic flashed across her face before she quickly changed the topic, saying, “And you know what’s exactly as useful as a dishwasher? Oprah’s hair!” She then darted backstage and returned holding a pair of scissors. As she chopped off chunks of her hair into the hands of her frowning audience members, she tried to hype up the hair as a practical item. “Think of all you can do with this hair. You could cover up a bald spot. You could put it in a jar. You could even laminate it and make an awesome coaster,” she said. “Wow. What a handy gift from Oprah!”

2. The time Oprah made the audience leave the studio for five minutes so she could put hair under their seats

At the end of this 2001 episode, Oprah realized she’d forgotten to tell her contact at Penguin Publishing Group when to deliver 200 copies of The Secret Life Of Bees, and, rather than let her guests leave empty handed, she asked them to exit the studio for a moment while she “set up an amazing giveaway.” Oprah spent the next five minutes running around her studio, furiously chopping off pieces of her hair and stuffing them under the seats. Once the audience returned, the now-bald Oprah instructed them to close their eyes, reach for their prize under the seat, and see if they could guess what it was. One audience member called out, “Is it hair?” to which Oprah responded, “Not just any hair. It’s Oprah’s haaaaaaaair!” as “Celebration” by Kool & The Gang began to play.

3. The time Oprah tried to make the gift of hair more exciting by letting the audience cut it off themselves

When Oprah’s plan to give her audience Microsoft Zunes ran into logistical issues right before the taping of this 2006 episode, she once again decided to give away her hair. After an interview with Pink about her new album, Oprah asked her if she could stick around and help out with “a special treat for the audience.” The audience cheered as Pink agreed, and Oprah immediately handed her a pair of scissors she’d had in her pocket. Producers then wheeled out a barber’s chair and wrapped a smock around Oprah as she explained, “All of you will come onto the stage one by one. Pink will hand you scissors, then you can cut off a little piece of Oprah’s hair for yourself!” The guests reluctantly participated, and despite Oprah’s insistence that they “have fun with it,” and “cut off as much as you want, because I’ve got more than you think,” the audience members—and Pink—clearly weren’t having a good time. And although Oprah was totally bald by the time it was Pink’s turn, she demanded Pink cut off some of her eyebrow hair so that she wouldn’t go home without a gift.

4. The time Oprah walked out with a shaved head and everyone groaned because they knew what they were in for

By the time Oprah gave away her hair in this 2010 episode, her audience was well aware that this was something she might do, which explains why they groaned when she walked out with a totally shaved head, holding a box brimming with hair labeled “OPRAH’S MAGIC BOX,” and introduced a segment of the same name. Oprah claimed there were “hundreds of different give-away gifts in the box,” and that each audience member would leave with “an incredible, unique prize.” She then walked the box around to each guest and told them to reach in and grab something, reacting with feigned surprise when they picked her hair every single time. “Wow. Hard to believe that you got Oprah’s Hair, too! That rules! It’s going to look so nice on your mantel!” she exclaimed as the 30th guest in a row grabbed a handful of her tresses. This “segment” took Oprah the entire episode to complete, bumping what would have been an interview with first lady Michelle Obama.