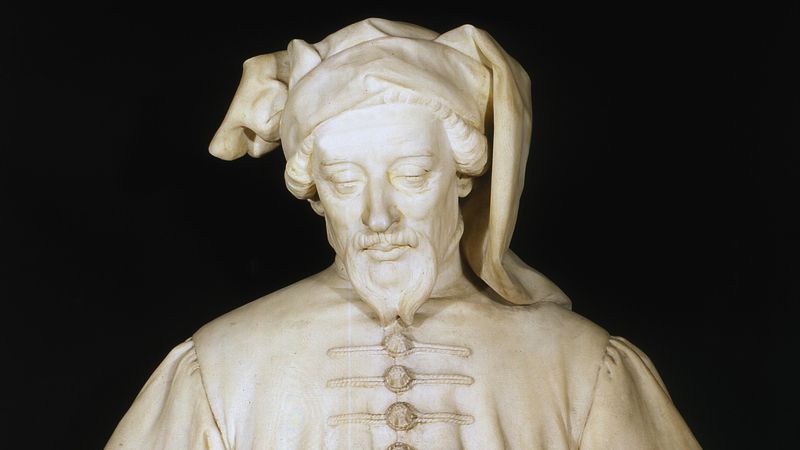 Take a pilgrimage to Pound Town.

While there is some debate as to the precise date and location, most scholars agree that Geoffrey Chaucer was born circa 1343 in London. If you happen to be hot for a Chaucer freak, this fact is a surefire way to get in their pants.

2. Chaucer’s first major work was The Book Of The Duchess

Let’s face it, no Chaucer nerd can hear about how the poet wrote The Book Of The Duchess at the request of John of Gaunt to commemorate the death of his wife, Blanche of Lancaster, without a torrent of blood immediately rushing toward their genitals, pulsating for whoever uttered the fact aloud.

3. Chaucer was a prisoner during the Hundred Years’ War

If you’re looking to go all the way with a Middle English poetry nut, just tell them all about how Chaucer was imprisoned and ransomed for a large sum during the Hundred Years’ War, and they’ll be ripping off your clothes and taking you to Fuckville in no time.

4. The Canterbury Tales is credited with popularizing English as a literary language

You’ll barely get three words into this nugget before you and your Chaucer maniac are enmeshed in a writhing ball of flesh and fluid.

5. It is still unknown whether or not The Canterbury Tales is finished

If this one doesn’t get a Chaucer nut’s sauces flowing so hard that they’re immediately plowing you in an empty field or graduate library, that’s on you.