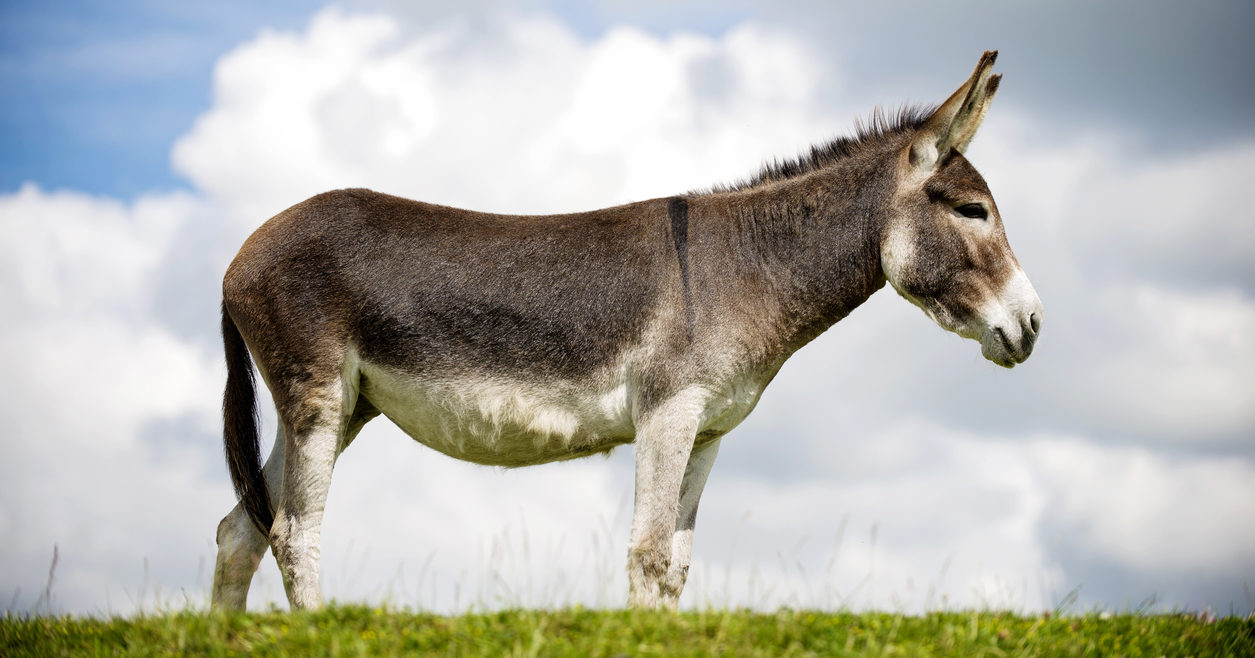 The world is filled with donkeys, but some of them aren’t nearly plump enough to have us licking our chops and planning their slaughter. Here are 5 of them that are going to have to pack on some serious pounds if they want to be consumed by us anytime soon.

You could see how this donkey might think it’s chubby enough for us to want to chow down on its succulent flesh, but it’s dead wrong. Look at how skinny its forelegs are! We’re talking 30% body fat, tops, here. For the best flavor, you want a donkey to be at least 46% body fat before you eat them, and this guy isn’t even close. If a donkey doesn’t have rolls of fat hanging down off of its legs fully covering its hooves and jowls that resemble a Thanksgiving turkey hanging off its face, then We. Don’t. Want. To. Eat. It. You’d better bury your head in that trough and keep making those oats disappear, bud, because there are plenty of donkeys out there we’d eat before we even consider harvesting your meat. 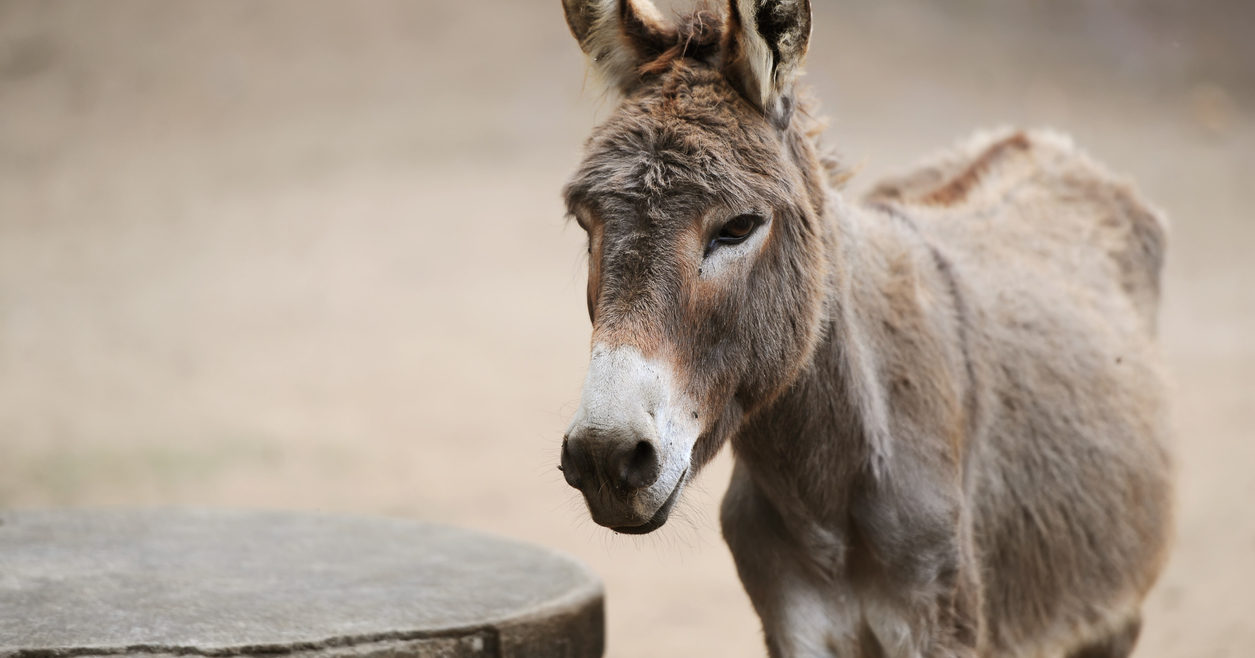 You really hate to see this. A beautiful stud of a jack like this, galloping around the pasture like he owns the place because he thinks we’re going to eat him soon when the reality couldn’t be further from the truth. All of that prancing around is burning off precious calories that could be turning this lean animal with defined musculature into the type of featureless blob of flavor you want a donkey to be before you its meat with herb butter and roast it on a spit. A donkey should look like it was blown up with a tire inflator in a cartoon before you eat it. This donkey is fooling himself if he thinks we’re going to eat him in this condition. He’s going to have to do a lot more eating and lying around in order to convert every calorie he eats into white, rich fat. 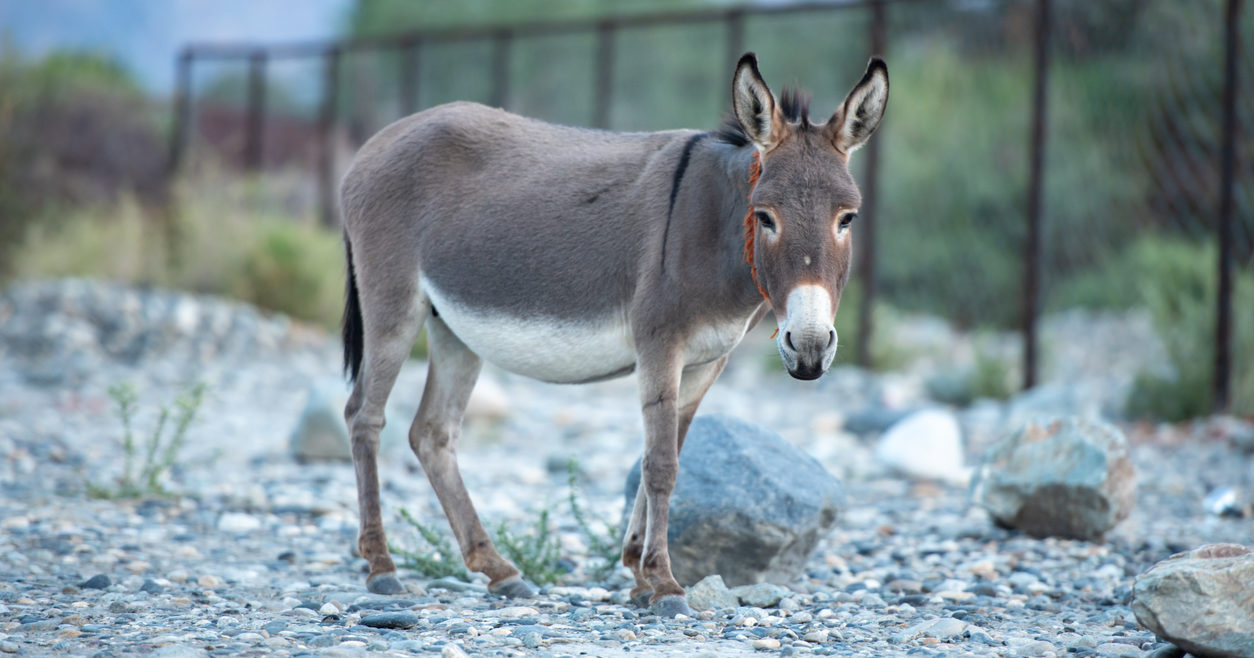 LOL, wow. If this donkey thinks its meat is getting anywhere near our mouths with a skinny little body like that, it is sadly mistaken. That rich, distinct donkey taste we all love comes from the animal’s fat, which this pathetic specimen is sadly lacking. Sure, we could bore our tastebuds by chewing on this creature’s bland shoe leather, but we’ve got the meat of much fatter donkeys on our plates, so why would we? Come back when you’re heavy enough to fully bottom out the shocks of our truck when 10 stout farmhands heave your carcass into it. Until then, you’ve got no chance of getting eaten. 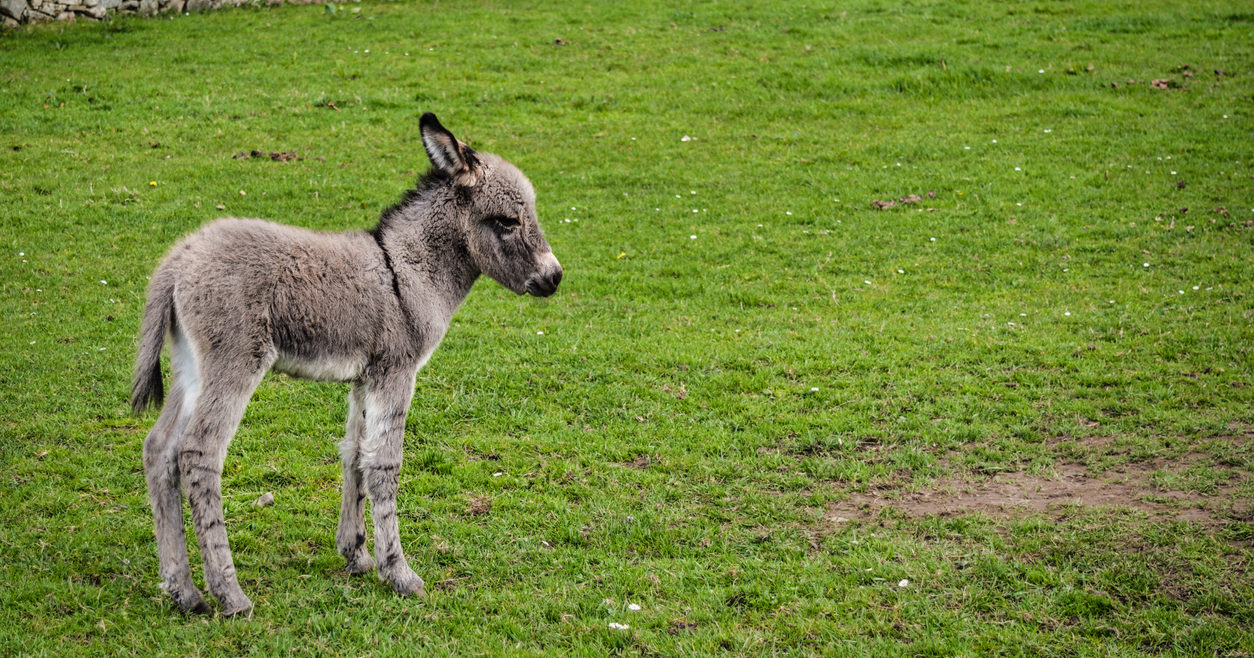 We can’t even imagine the amount of work you’d have to do to the meat of this scrawny little donkey to make it delicious enough to swallow; soaking it in butter, deep-frying it, packing it in lard…ugh. Way too hard. There’s only one way we’re going to eat this donkey, and that’s if it gets a lot fatter the old-fashioned way: lots and lots of excessive hay-eating and very little exercise. It’ll probably also have to eat some human food like salami or ice cream. There’s no point in eating this one until its packed on at least 320 pounds of solid fat, causing its stomach to sag so much that its legs just barely touch the ground. There’s no reason to rush this process; we can wait. 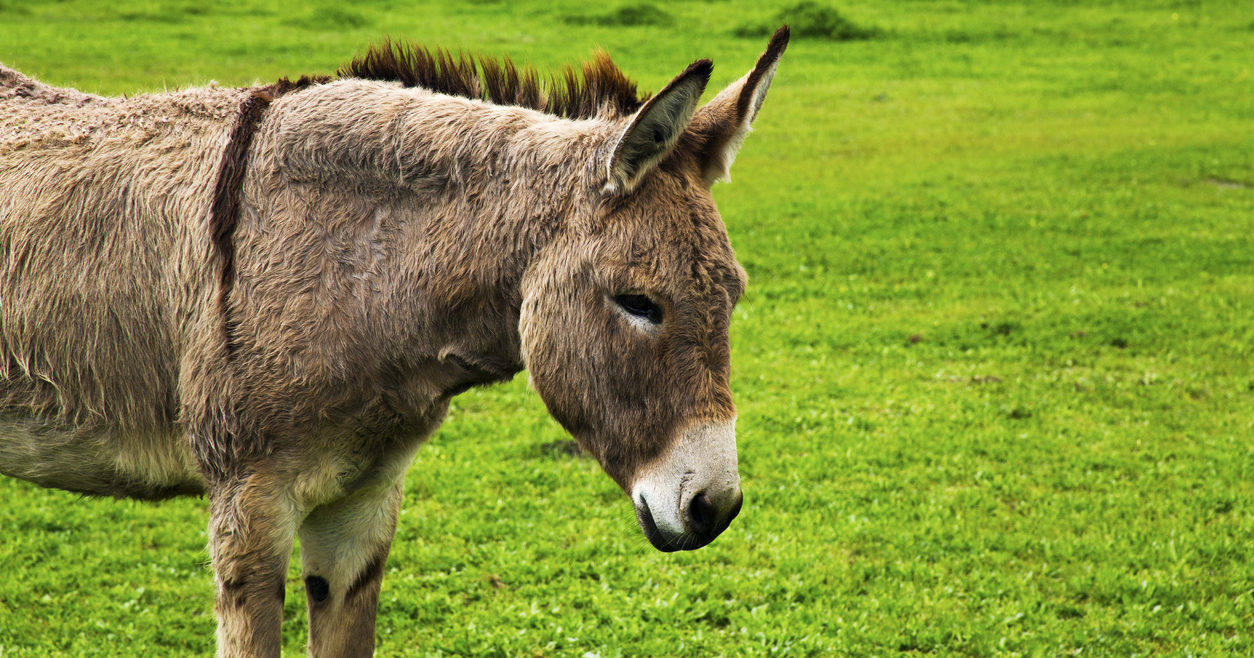 Yeah, no. Are we supposed to be impressed by the minuscule amount of fat this donkey is packing? You’re out of your league yeah, pal. Come back once you’ve got a proud, full gut like a Buddha statue and a neck like a 55-gallon drum. Then and only then will we consider consuming every last bit of oily, calorie-rich meat from your bones.

Is there a donkey in your neighborhood who’s not nearly fat enough for you to even consider eating it? Share its picture in the comments!