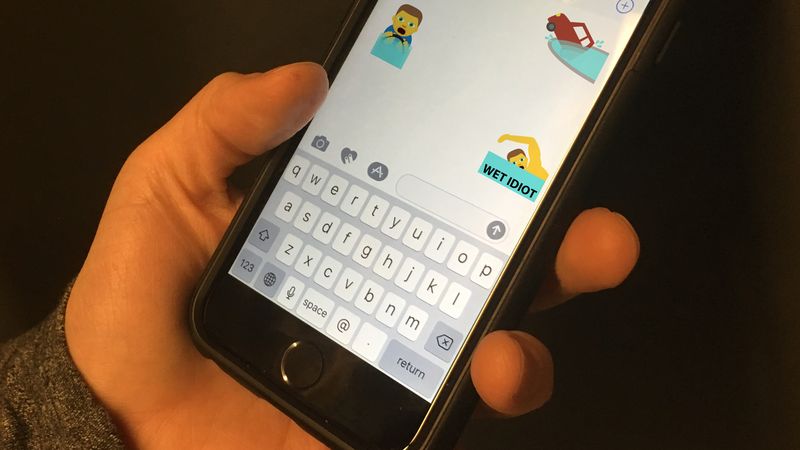 Apple is very cruel to taunt me about driving into a pool. I was already deeply embarrassed, and these new iPhone emojis are just salt in the wound.

1. My Car Falling Into The Pool

The swimming pool near my house closes after the summer, so I decided to have one last splash in late September. It was a little cold to go swimming, but I didn’t want to miss out on the fun of the pool. Despite the chilly weather, I had a great experience, at least until it was time to head to my car and drive home. Leaving the parking space, I accidentally went backwards and drove my Honda right through a chain-link fence and into the pool. I can’t excuse this dumb mistake, but in my defense I was still soaking wet and shivering, and that distracted me from driving. When Apple released this emoji of my car going into the pool, I was mostly curious why they had singled my situation out for an update, but I have to admit I kind of deserved it.

2. Me In My Flooding Car

I have always been a loyal customer of Apple’s technology products, which makes this second emoji feel like a betrayal. The first emoji of my car falling into the pool was perhaps deserved, because I was extremely clumsy and foolish, but a second emoji at my expense was completely uncalled-for. Worst of all, this emoji has now been embraced by teens to represent bad sex, and they tweet messages like “my Tinder date went well but [EMOJI] FML.” I am uncomfortable having my face seen by millions of people in this context.

3. The Lifeguard Calling Me A Dunce

I am furious with this emoji because it is inaccurate as well as cruel. Unlike Apple, the lifeguard was nothing but polite as he helped me crawl out of my underwater car’s window, and at no point did he call me a dunce. The lifeguard did ask, “What the hell happened?” and I could tell he thought I was dumb, but he did not say the word “dunce” or any other insult. Not even once. If Apple wants to taunt me with their emojis, they can at least depict things as they actually occurred.

4. The Words “Wet Idiot” Beneath Me As I Swim Out Of The Pool

Doesn’t Apple know I already feel bad enough about swimming across a pool in my street clothes? All the other swimmers had already evacuated the pool and were watching me with judgmental eyes as I flailed through the water in jeans and a polo T-shirt. My sneakers got completely soaked and still smell mildewy weeks after drying out. This humiliation is only mitigated by the fact that the wet-idiot emoji is now extremely popular among iPhone users in China, and millions of Chinese people use it in text messages to represent amazing sex. But still, I wish Apple had elected not to release any of these.

5. Me On The Bicycle I Must Ride Now That My Car Is Ruined

Under normal circumstances, I would be thrilled and honored to have Apple turn my bicycle into an emoji. However, given the timing, it seems like Apple is poking fun at the fact that now this bicycle is my only mode of transportation. Perhaps losing a car to a swimming pool isn’t a big deal to a rich company like Apple, but to normal folks like me, a Honda is a major investment and I cannot afford to replace it at this time. What stings worst of all is that I find this emoji very handy, and I frequently text it to people to tell them I’m on my way. Unfortunately, despite Apple’s cruel mission to shame me, I find my iPhone too useful to stop using.