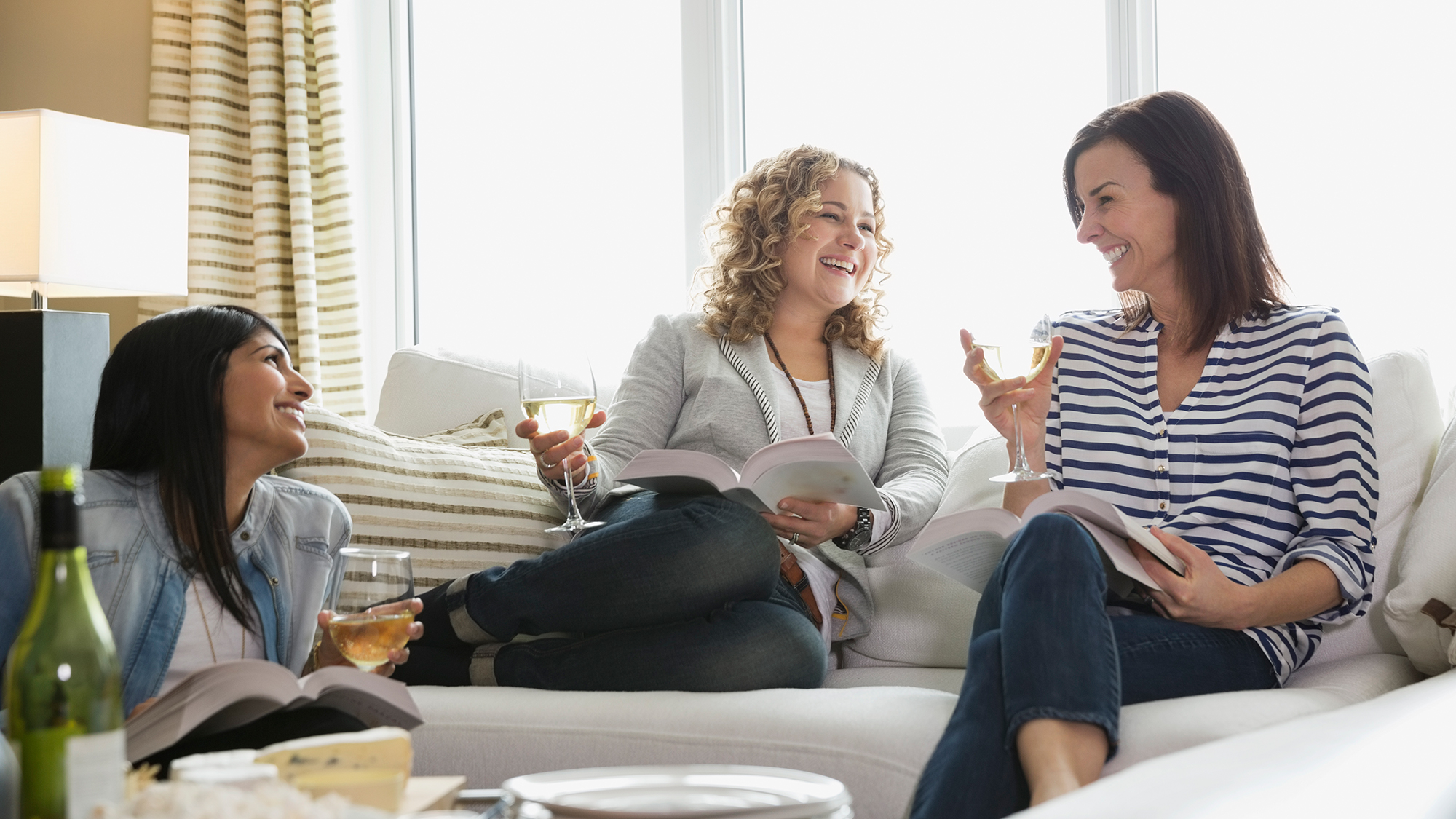 After Mom’s book club has had a few bottles of Yellow Tail, they can get pretty rowdy—and on more than one occasion, they’ve taken a much more active interest in how attractive your big brother is than in their novel of the month. Here are five of Mom’s friends who got so drunk at their book club that they all but said they want to fuck your older brother.

When Mom’s book club got together to discuss Angela’s Ashes, all it took were three glasses of white wine and the sight your 16-year-old brother, Trevor, in a tank top for mom’s old college friend Denise to start making uncomfortably sexual comments. Denise leaned over the top of the sofa, drunkenly knocking over a bowl of the club’s Pirate’s Booty, to whistle after your brother and suggestively call out, “All grown up, wow-eee…I used to give you baths, you know.” Though your mom attempted to return everyone’s focus to the book, Denise continued trying to beckon your brother over so she could feel his “big arms,” and even offered him $20 to put on his wrestling singlet. Denise’s uncontrollable horniness for your brother only subsided once she fell asleep on the toilet and her husband had to be called to come pick her up.

It was pretty clear from the get-go that Missy, a neighbor who Trevor sometimes does yard work for, didn’t even bother to read Between The World And Me when the book club met up in October. As everyone else discussed Ta-Nehisi Coates’ writing, Missy spent her evening making cosmos, drinking cosmos, and eyeing your brother as he did homework in the computer room down the hall. Eventually, Missy sauntered out of the living room mid-conversation and leaned in the computer room doorway to ask Trevor if he had a girlfriend, telling him that she bet “all the girls at school were clawing at each other” over him. Six cosmopolitans deep, her inhibitions disturbingly lowered and—her wilting cleavage inches away from Trevor’s face—Missy put her hand on his shoulder and leaned over to see what he was working on. Unfortunately, she barely got to ask him if he needed any help before she started vomiting cocktails and gourmet cheese all over his laptop, destroying the computer and causing him to lose the entire AP U.S. History essay he’d been working on.

Lisa, who Mom had only recently met playing paddleball, had personally picked The Poisonwood Bible and was supposed to lead the book club discussion on it when the December meeting came around. This proved to be impossible after she showed up to your house already loaded on the prosecco she said she’d bring for everyone, and especially once she noticed your brother had his jock friends over to hang out. As Mom attempted to corral her friends into the living room to start talking about the book, Lisa insisted on chatting up Trevor and his buddies and reveling in the attention they were giving her—though it was obvious to everybody else that the boys were just having fun messing with someone so incredibly sloppy drunk. Lisa was so gone on cheap prosecco that she began telling the boys private details about her teen daughter’s sex life, saying she “got around just like her mother did,” and asking whether any of them knew her from school. She was attempting to sit on Trevor’s lap when Mom’s other friends were forced to come in and pull her away.

At the book club meeting for Hidden Figures, Mom’s work friend Trish got an eighth of the way into her Corona before your brother walked through the living room and she shouted after him to call her when he turned 18. This comment was taken as a raunchy but innocent joke until Trish began not-very-quietly whispering things to your mom like, “Marie…he’s really, really cute,” “Mmm, can’t keep my eyes off your son’s tight little tush!” and “If he weren’t 16…hoo, lord, what I wouldn’t give.”

Barbara Ehrenreich’s Nickel And Dimed failed to elicit much enthusiasm from anyone in book club, so it was only natural that the meet-up devolved into a night of Two Buck Chuck and gossip. Candace, a woman who mom had befriended while volunteering to organize her church’s food drive, had already had far too much to drink by the time your brother arrived home from a night out. Without missing a beat, Candace told your brother he had “a man’s body” and that she’d bet her place on the church board he knew his way around a woman better than her own husband did. The rest of book club guffawed at Candace as she put Bruce Springsteen’s “Born To Run” on the family room stereo at full volume and tried to dance with your brother. Once it was clear your brother was not going to dance with her, Candace found you and pressed your face into her bosom as she swayed to the music, saying that for a 12 year-old you were “as handsome as Steve Perry.” Candace remains the number one suspect for stealing the naked baby picture of your brother that went missing from a family photo album after this book club meeting.