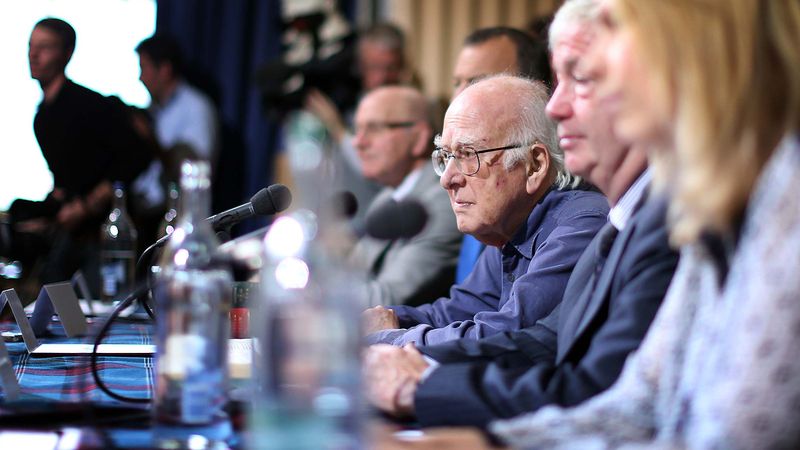 Major discoveries by scientists have changed—and in many cases, saved—our lives, but let’s give credit where credit is due. Here are some discoveries that wouldn’t have been possible at all without a little intervention from the Man Upstairs above us.

Every science lover knows the story of how mold growing in a messy laboratory led biologist Alexander Fleming to discover the now-common antibiotic. The part of the story you won’t read on Wikipedia? The Big Guy in the sky may deserve just a tiny bit of the credit for making that mold in the first place!

We all know the story of Benjamin Franklin flying his kite in a lightning storm and discovering electricity, but at the end of the day, there wouldn’t have been any storm at all without a little nudge from—you guessed it—capital G.

Sure, it may have been Swiss physician Friedrich Miescher who first isolated nucleic acid, but who was it that made sure old Friedrich was ever even born, way back in 1844? Yup. Let’s here it one more time for the Big Kahuna himself, the Lord!

Often called the father of immunology, surgeon Edward Jenner developed the first smallpox vaccine back in 1796 and is credited with saving hundreds of millions of lives through his work. Still, one has to look no further than the clouds above us to realize that there never would have been a smallpox for the good doctor to cure without a teensy bit of real magic from Our One True Dad in the clouds!

5. The Theory of Relativity

The air we breathe; the water we drink; the ground at our feet. Albert Einstein may have brought the brains, but Old Man Heaven had him covered on everything else!