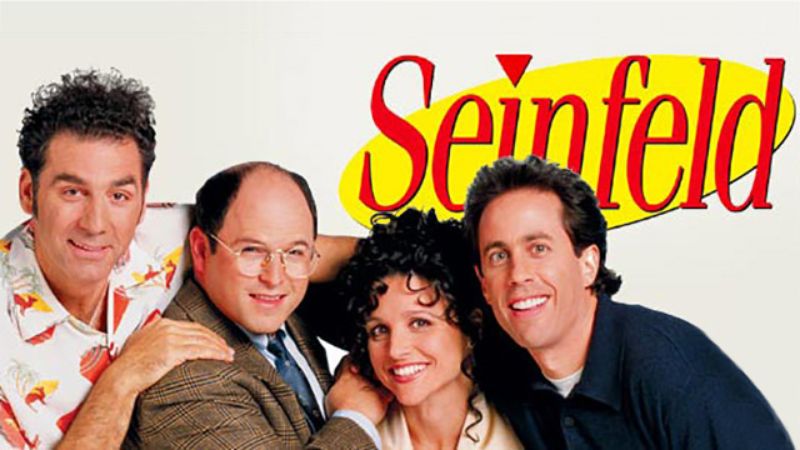 After these five iconic television moments, the world was never the same.

The Seinfeld series finale is one of the most controversial in television history, and for good reason. Once-loyal fans of the NBC sitcom were shocked when they saw the finale consisted of just one short clip played over and over again in which the four main characters run into each other as fast as possible and turn into dust on impact. The applause got louder after each loop. After about 90 minutes of that, the show finally ended by slowly zooming in on the dust, and as the scene went to black, we heard Kramer shriek the now-famous line, “This has been Michael Richards!” People across the globe agreed that this was not the way a TV show should conclude, and no series has ever ended this way since.

The final battle of the Vietnam War was broadcast live into over 70 million American homes, and the footage of our soldiers doing a good job in the battle rendered antiwar sentiment obsolete. Up until that point, battles had rarely been broadcast, and Americans were left to assume that soldiers were committing unspeakable atrocities—not to mention losing. But during that final battle, even the most hardened antiwar activists found themselves enthralled by the fearlessness and valor of those brave boys, and cheering could be heard in streets all across America after General William Westmoreland fired the decisive gunshot to defeat the Viet Cong.

3. Apollo 7 Sinks Into The Moon

Apollo 7 was supposed to be the spaceship that allowed man to finally step foot on the moon, but instead millions watched in horror when it was slowly sucked into the lunar surface as it landed, taking the lives of all 35 astronauts on board. Public outcry demanded better safety measures for astronauts, and by Apollo 11, NASA had figured out how to make a spaceship with enough buoyancy to not get sucked into the moon.

4. The First-Ever Televised Tornado, On Smallville

The season one finale of Smallville featured the first-ever tornado on broadcast television. In the episode, three tornadoes merged into one giant tornado, and Clark Kent was forced to try to save his love interest who had been sucked up inside. Before this, tornadoes were perceived as folksy tall tales, but after millions saw their power in the episode, it became clear that they were no joke. Tornado warnings and watches suddenly became common worldwide as people decided they were something to take seriously.

In one of the most infamous “Do you remember where you were?” moments in American history, millions saw President Ford get shot and killed as he walked from the presidential limo into the U.S. Capitol building, where he was set to give his first State of the Union address. The moment shocked Americans everywhere and cut short the life of one of the greatest leaders America had ever known.