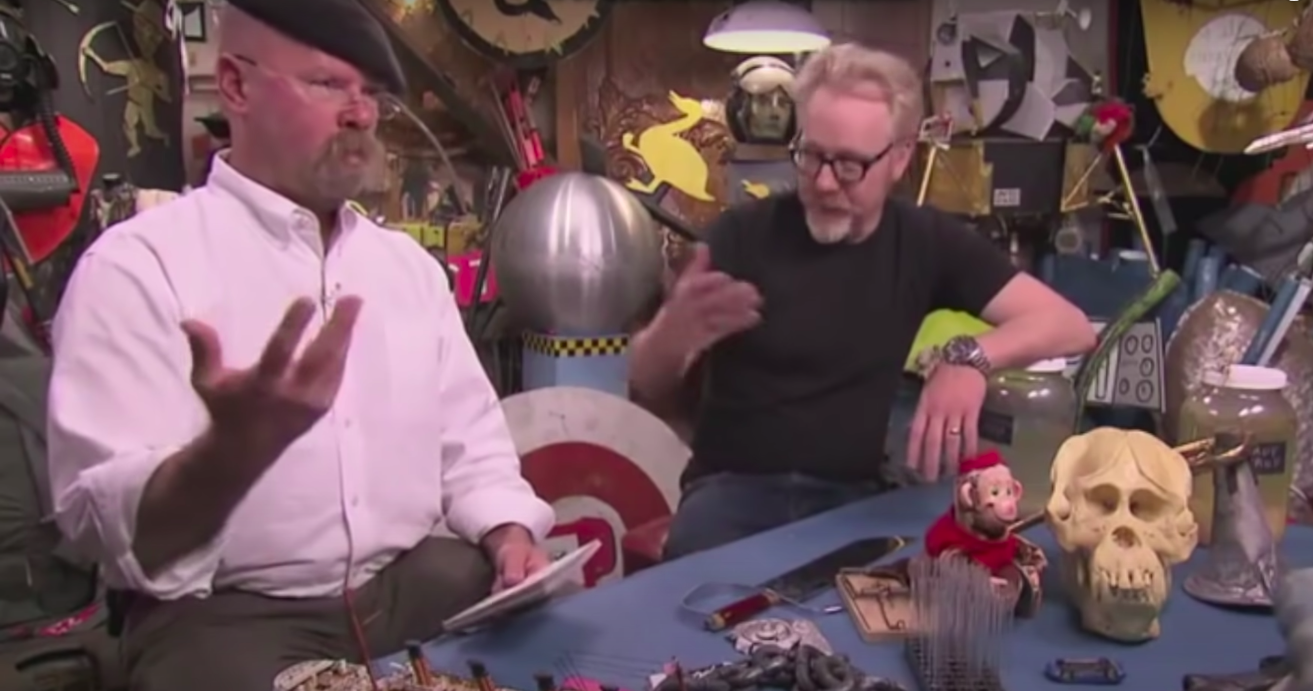 MythBusters may have been an absolutely iconic show on the Discovery Channel, but it didn’t always nail the dating scene in the Big Apple. Here are 5 things MythBusters gets wrong about what it’s like to be single and in your 30s in New York City.

1. In NYC, you’re barely going to have any space to do your experiments – let alone a massive warehouse in the middle of nowhere.

Unless you’re loaded, the likelihood that you’re going to have a huge warehouse space where you can build cannons and launch rockets like they do on MythBusters is extremely slim. Chances are, you’ll be trying to find out if a car airbag can launch a toothpick through a human skull in the confines of a cramped, 100-square-foot space while working around your roommates’ sleep schedules—since having roommates in your 30s is still the only way you can afford New York rent.

2. Turns out, Jamie won’t always have your back.

On the show, MythBusters star Jamie Hyneman always supports his co-host Adam as they work in tandem to conduct experiments. When it comes to the real world dating scene, though, Jamie is your competition, and his happiness is going to take priority – over yours, or anyone else’s. Godspeed if you ever find yourself pursuing the same girl at a bar, because when it comes to the over-30 dating scene in the big city, everyone is out for themselves.

3. You don’t have time to spend all day doing science if you also want to meet someone.

Contrary to what you see on MythBusters, love isn’t just going to fall into your lap. Sorry, but working 24/7 on busting myths and still being able to meet the love of your life just isn’t a reality in NYC, even if Jamie and Adam make it seem totally like no big deal on TV. New Yorkers are always chasing the next best thing, so potential mates aren’t going to wait around for you while you finish testing whether Bigfoot is real. Some days, you’re going to have to make a choice: Blow up a model submarine with your myth-busting science gang, or go out on a first date and see where it leads.

Sure, the MythBusters themselves are able to rock these looks, but with so many gorgeous models walking around in Tribeca, you’re not gonna turn anyone’s head if you’re sporting a goatee and a pair of tiny little glasses. In order to hold your own on the dating pool, consider a different look, such as having hair, or at least ditching the beret.

5. Your dates will actually find it pretty annoying when you’re always trying to prove them wrong.

While MythBusters depicts a world where you can be well-liked if you’re always trying to disprove what other people say, the truth is that you’re going to have a hard time wooing somebody if you’re always carrying out elaborate experiments in order to demonstrate how their claim that people on the BQE were driving like “bats out of hell” is actually wildly inaccurate to how bats fly. In fact, most people will find that super weird and annoying. But never fear: Just remember that taking on your 30s as a single person in the concrete jungle isn’t always going to be the way it looks on MythBusters, and you’ll do just fine.