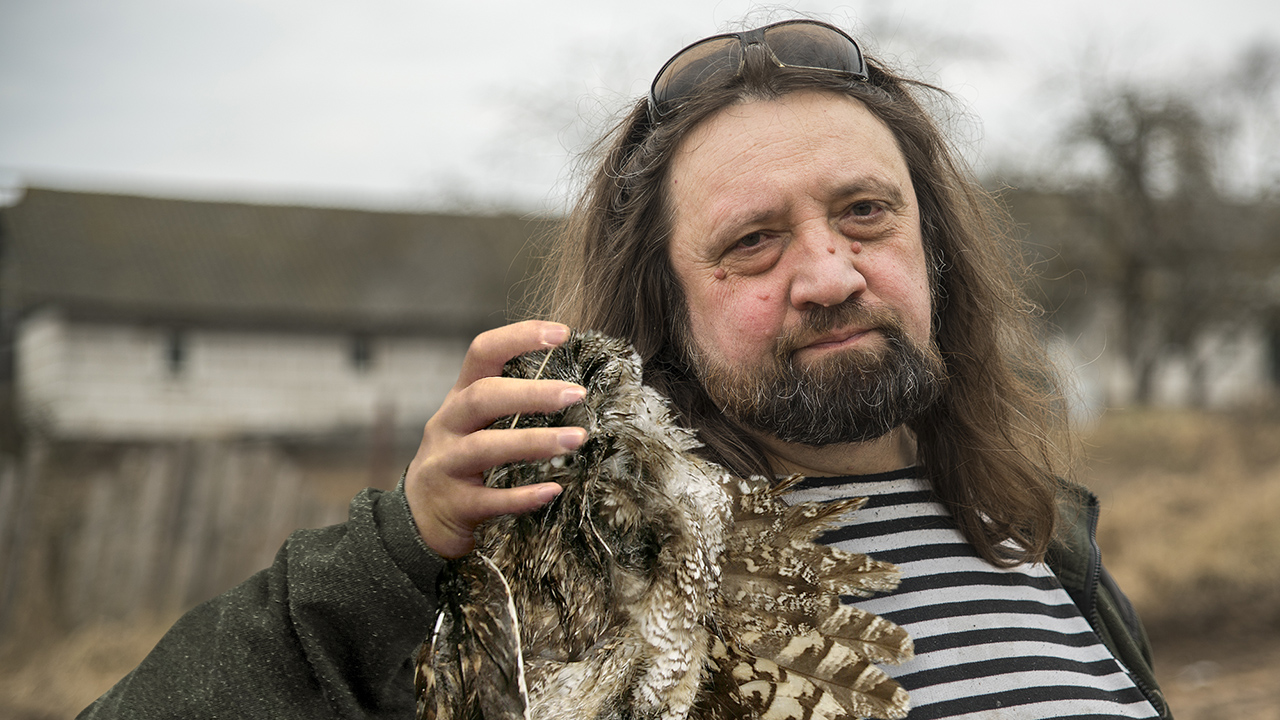 I am routinely confronted by a bearded man who throws a dead owl at me and tells me that I am going to Hogwarts. He has shown up at different places with different owls, but he always tells me that I’m a wizard and I need to move out of my house. This has happened to me on several occasions, and I am tired of it. I am not a wizard. Here are the five times it has occurred thus far.

1. The time I was at the pool and he threw a pygmy owl at my head: The first time this happened to me, I was sitting in a lawn chair at the community pool. I was reading a book and minding my own business when I felt something small and hard hit the back of my head and heard a deep voice say, “You’re going to Hogwarts!” I turned around and saw a very large man wearing at least five brown aprons. When I tried to respond to him, he kept saying that he couldn’t hear me because he was on his motorcycle, but he was just walking around holding a tire. He told me that I had to pack my things immediately and go learn about plants and hypnotism, then took a bottle of sunscreen out of his pocket and gestured to it while telling me that he could sell me toad blood for a very good price. I declined. I didn’t know that I was going to have to deal with him again.

2. The time I was asleep in my home and woke up to a dead owl crashing through my bedroom window: One night last month, my sleep was suddenly interrupted by the sound of a glass window shattering and a dead owl hitting the floor of my bedroom with a thud. A little sign was taped to the owl that said, “This bird is a witch, and it’s yours now.” Just as I noticed the sign, the same bearded man tumbled in through the window and said, “I know you belong at Hogwarts because you have an uncle and live in a house.” Then he whispered, “See you at the international quidditch festival,” and threw a huge smoke bomb, but he was still there when the smoke cleared. He just climbed back out the window and ruined my shutters on his way down. The damage to my home is going to be extremely costly for me to repair, and the bearded man showed absolutely no remorse for causing it. All he said was that he knew a very sick spider who could fix it for me. I don’t believe him.

3. The time I was driving to work and he got into my car, took control of the steering wheel, and announced that I was on the Hogwarts Express: This problem has started to affect my professional life. I was driving to the office one morning with the passenger-side window down when I saw a green blur and was hit in the head with something scaly. It turned out that it was an iguana that the bearded man had thrown from the side of the road. He said it was an Albanian dragon and that I had to take care of it or he was going to curse his own cousin with diabetes. When I pulled over to get the iguana out of the driver’s seat, the bearded man took the opportunity to get into the car and tell me that I was going to Hogwarts on the Hogwarts Express, which he described as the “oldest train that children are allowed to die on.” He reached over and grabbed the steering wheel and took us into a Michaels parking lot, which he circled while announcing that we were about to arrive at “the big moor.” At one point, he took a dead snowy owl out of his coat and said, “There’s your owl.” We almost got into a crash, and I was very late to work. I don’t know what I did to deserve this.

4. The time I was at a bird sanctuary and the bearded man grabbed an owl off of a branch and pelted it right at my chest, killing both the owl and the grouse I was holding: I was enjoying a day at a nearby bird sanctuary. We were in the middle of the woods, so I’m not sure how the bearded man found me, but as soon as he arrived he took a barn owl right off of the branch it was perched on and threw it at me, hard. He told the whole bird-watching group that we were wizards and that he was going to take us all to Hogsmeade but that we were going to stop for lunch in a cave first. Then he marched off into the forest and said that he had to go make tea for no one. He completely ruined our bird-watching experience, and I felt bad for the owl.

5. The time I signed up for an exercise class, and when I showed up for the first day, the bearded man was the instructor and he told me that the class was wizard school: I walked into one of my gym’s exercise class studios intending to take Pilates, and was immediately hit with a collection of loose bones that looked like they probably came from an owl. I think a little splinter from one of them got in my eye, so now I have to go to the eye doctor. When I looked up, I saw the bearded man, who was standing at the front of the room with a bunch more owl bones spilling out of his pockets. He told all of the other students in the room to leave and then looked at me and said, “You’re a wizard, I’m Harry, and if your parents haven’t already died, then they’re going to.” I don’t understand why this man is convinced that I need to go to Hogwarts, but he is making me absolutely miserable. I want him out of my life.