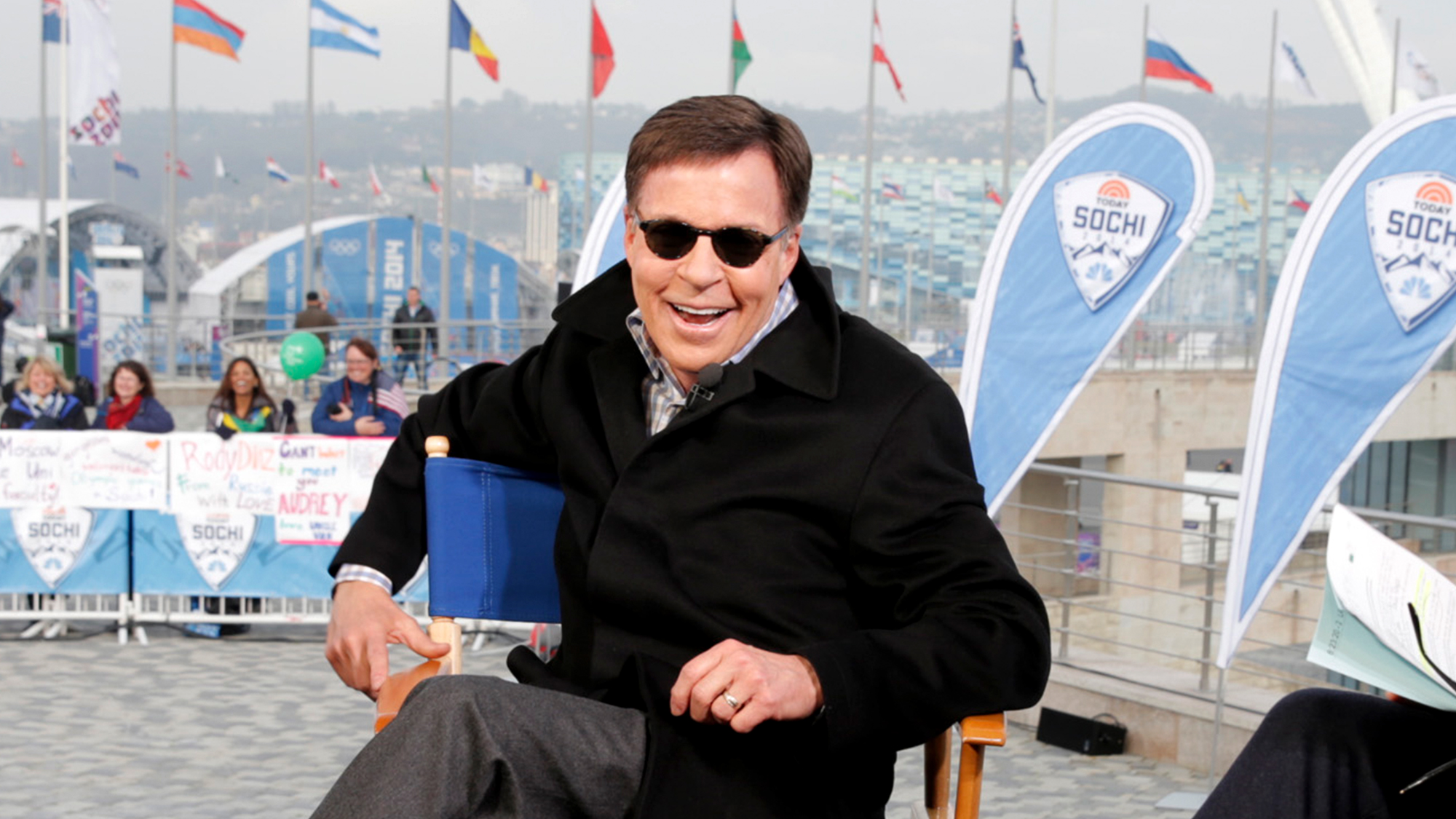 1. The time Bob Costas recruited 20 people with pink eye to come to the NBC studio for “football research,” and then made them touch his eyes: In the fall of 2015, Bob Costas asked his production team to find 20 people with active pink eye for “some research he was doing about football.” Once everyone was gathered in the studio, Bob Costas told the participants he had a big day of football research planned for a special he was producing on NBC, but the only directive he gave participants was, “Touch my eyeball if you like football.” Even though 16 participants liked football enough to oblige Costas, his eyes remained unchanged, aside from the stream of tears that appeared after he realized he wouldn’t be able to show off a fresh new case of pink eye to the world quite yet.

2. The time Bob Costas kept dipping his face in puddles of water on the side of the pool during the 2016 Summer Olympics swimming trials: Bob Costas was announcing the Women’s Olympic swimming trials in Rio de Janeiro when he attempted to contract more pink eye by using commercial breaks to splash his face with water that had been swum in by dozens of people from around the world. During what was supposed to be a post-race interview with Olympian Katie Ledecky, Costas instead told her that “pink eye is a wonderful disease that makes everyone pay attention to you,” got on all fours to splash himself some more, and did not ask her any questions. However, despite a full day of ferociously splashing his eyes with pool water, Bob Costas had failed to contract pink eye yet again, and wept about it for a full half hour on live TV.

3. The time Bob Costas farted on his pillow before going to sleep: In early 2017, Bob Costas tried to get pink eye by sleeping face-down on a pillow that he had completely coated in farts. He made sure to taint every possible inch of the pillow, even going so far as to unzip the pillowcase to fart directly into the pillow material, compressing the pillow and then letting it expand again in the hopes that it’d absorb his farts like a sponge. Sadly for Costas, when he woke up in the middle of the night to check his eyes with a hand mirror, they were white as snow.

4. The time Bob Costas took a shit on his pillow before going to sleep: Costas found himself wired awake on that very same night after realizing that his farts didn’t do the trick. Still desperate for pink eye, he decided to up the ante by taking a full-on shit on his pillow and sleeping in it face-first, only to realize the next morning that this method would prove just as fruitless as the others that had preceded it.

5. The time Bob Costas made up a segment on Sunday Night Football called “Contact Swap” where every commentator had to switch contacts with the person next to them: During the Philadelphia Eagles-vs.-Seattle Seahawks game of December 2017, Bob Costas revealed that it was time for “Contact Swap,” a segment where the commentators have to take out their contacts and pass them to the person to their right after every touchdown. When fellow commentator Cris Collinsworth protested, Costas begged him to comply, and insisted that “football fans will love to play along at home.” Unfortunately, none of the commentators had enough ocular bacteria to infect Bob Costas with pink eye, rendering Costas heartbroken that he might never reclaim the itchy, discharge-ridden glory he experienced before millions of NBC viewers in 2014.