5 Times Harry Potter Used An Unplugged 6-Outlet Power Strip As A Wand And Mumbled ‘Louie Anderson’ Instead Of A Spell, Ranked By How Fucked Up The Results Were 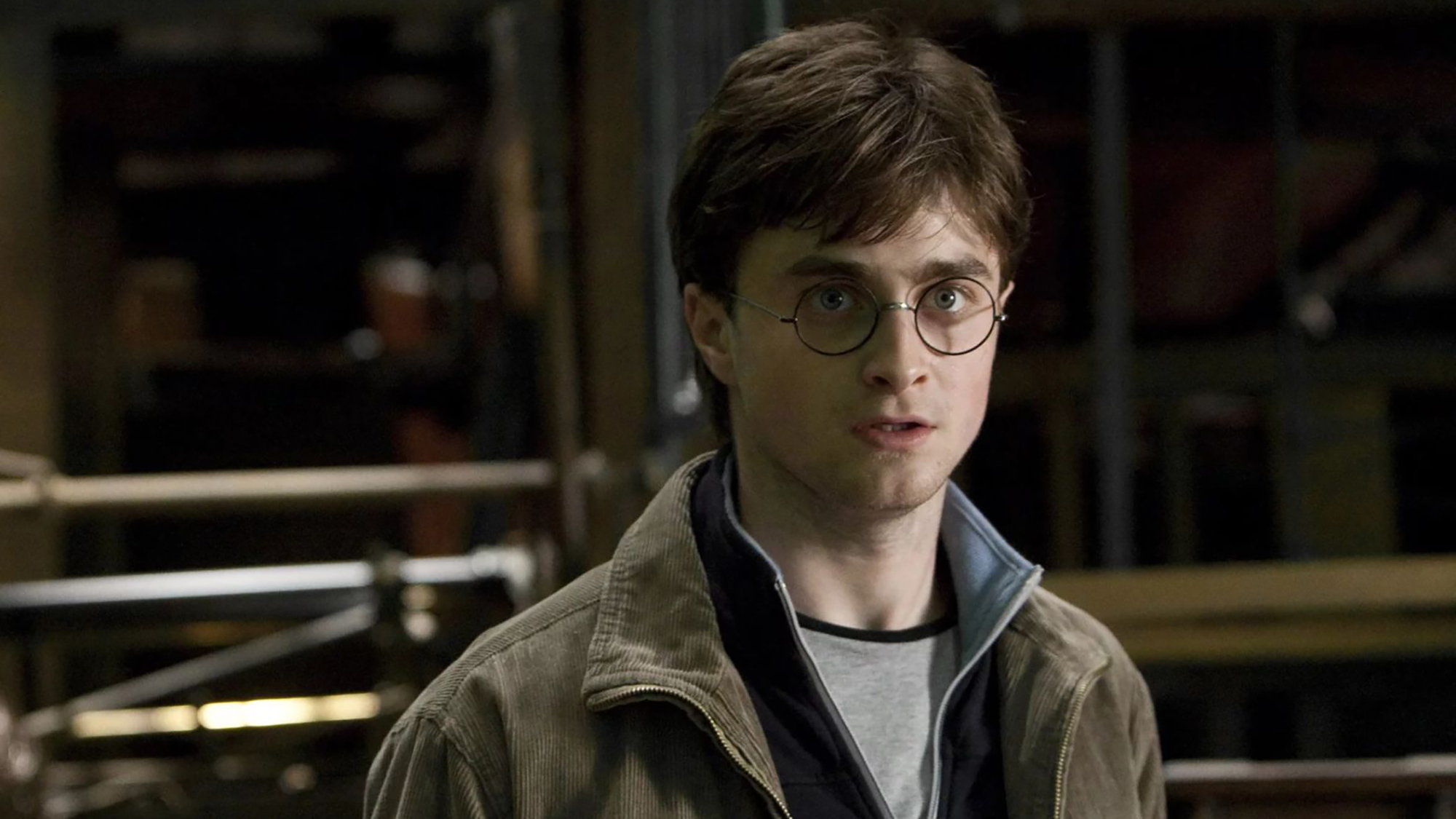 Harry Potter eventually became one of the most powerful and well-respected figures in the world of witchcraft and wizardry, but that doesn’t mean he didn’t dip his toes in some regrettable fringe-ass magic before he got there. Here are the five times Harry used an unplugged six-outlet power strip as a wand and mumbled “Louie Anderson” instead of a spell, ranked by how completely fucked up the results were.

1. The time he did it thinking it’d maybe give Ron a thicker head of hair, but it ended up just changing his personality to make him super into aviation

Ron was pretty worried he was losing his hair for a good chunk of his fifth year at Hogwarts, and after he’d spent a few anxious weeks looking for a spell that would strengthen up his possibly receding hairline to no avail, Harry figured there was no harm in pointing an unplugged power strip at Ron’s head and mumbling “Louie Anderson” to see if it’d help. Unfortunately, the only thing that the fucked up, misguided spell did was reconfigure Ron’s entire personality to make a borderline obsession with airplanes the main thing about him. Just like that, all of Ron’s previous characteristics were basically eliminated, and anyone who met him from then on would describe him as one of those kids who’s been weirdly obsessed with joining the military since they were, like, a toddler. It was annoying as shit. The dude filled his room with books about WWII bomber planes, hung up a poster of a Boeing X-32 over his bed, started focusing on his grades a ton so he could get into the Air Force Academy, the whole nine. The weirdo even tried getting an ROTC program started at Hogwarts, which obviously no one was interested in because there was a ton of way-more-exciting magic shit going on. Pretty much everyone noticed that Ron was super different in a much worse way and missed the old Ron, but that guy never, ever came back, and a lot of his close friendships kind of just dwindled away because of how strange and boring he got. It was pretty sad, but for as fucked up as the whole thing was, it barely scratches the surface of the shit Harry would get into with this God-forsaken power strip move.

2. The time it appeared to give the Sorting Hat some kind of early-onset Alzheimer’s-type disease for 15 minutes or so in the middle of a sorting ceremony before the hat abruptly died

Harry popped into the Great Hall to watch the sorting ceremony during his fourth year and, for some shitty, unknown reason, pulled an unplugged power strip from his pocket and mumbled “Louie Anderson.” It was pretty clear from the get-go that the insane spell had an awful effect on the Sorting Hat, which was at that moment being put onto some new kid’s head and was clearly heard muttering, “Wait what is this, fuck,” all before it started coughing a wet, pneumonia-ass cough for a good 10, 15 minutes. Then, when the coughing fit finally ended and the hat should’ve just sorted the kid into a house, the cursed thing started rattling off the scientific names for all the bones in the kid’s body, looking scared and confused as shit the whole time. There’s no way of knowing whether the hat’s sudden half-insanity made it think that scanning students’ bodies for bones was its job, or if the hat was struggling to get a read on the kid and figured doing bone announcements would help it get into a rhythm, but it didn’t really matter either way because the hat just kind of died a few minutes later. It got all limp on the kid’s head and tumbled to the floor, making a surprisingly fleshy, human-like sound upon contact, like bare feet walking on bathroom tile, and immediately stank like shit. Dumbledore furiously charged at the innocent kid sitting on the stool like it was her fault, screaming, “You killed my friend you little fucking bastard,” and some faculty held him back before he could throw punches or anything. Harry slipped out of there like a real fucking weasel before anyone could pin the whole thing on him. It was all super fucked up.

3. The time it made Dobby the House Elf’s whole chin and jaw explode like a Roman fucking candle

God knows why, but once, while Dobby was crashing at the Dursleys’ house in the summer before Harry’s third year, Harry was fiddling around with an unplugged six-outlet power strip and mumbled “Louie Anderson” under his breath, and the moment it happened, Dobby’s chin exploded like a motherfucking Roman candle. It was insane. Dobby was dead-ass asleep one moment, and the next, there were teeth and cheek and tongue spraying every which way like it was Normandy fucking Beach. Harry instantly jumped into action and tried to stop the bleeding with some dirty T-shirts and jeans laying on his floor, which ended up just infecting the fuck out of Dobby’s massive open wound. It was absolutely brutal. Eventually, after Harry took, like, five hours to figure out the train schedules back to Hogwarts, the infirmary wing was able to fix Dobby up just enough to not die. That shit cost him, though. Dobby was obviously poor as hell, and the debt from the medical expenses crippled him basically for life, not to mention how absolutely grotesque the explosion made him look. The guy’s whole swollen mouth was wired shut for three full years. Had to carry around a little rag to wipe his drool-lips all the time because he couldn’t swallow normal. And it was all thanks to Harry’s nonsensical, reckless bullshit.

4. The time he was trying to magically create a dog but instead made a CatDog-like animal that was essentially two separate nutsacks held together by a shared stomach

Harry once took a handful of dog hairs that were stuck to his sweater from his previous hang at Hagrid’s house, pointed at them with an unplugged, six-outlet power strip, and mumbled “Louie Anderson” thinking it’d maybe make a dog from scratch but resulted in something so much worse. The creature that suddenly appeared was a dog-like animal that had a massive, throbbing nutsack where both the head and tail should’ve been and was connected by a chubby, pink gut in the middle. At first glance it looked like the monster had no face, but upon further inspection, it turned out that there was a tiny face on the bottom of each of its four paws, a fucked-up design that made standing so insanely painful that the beast basically just laid on its side all the time. It was so fucked. Harry immediately carried the creature over to Hagrid’s in hopes that he’d know what to do with it, and the whole thing fucked Hagrid up pretty bad. The groundskeeper yakked the moment he saw it and started yelling shit like, “Jesus fucking Christ, Harry, what the fuck did you do? Why the fuck are you doing this to me?” Hagrid spent basically that whole day racking his brain for a way to fix the problem without having to personally kill the poor, helpless animal. He cried a bunch. Ultimately, he just carried the animal out into the woods and left it there, a cowardly move that fucked up his sleep for months and probably gave him some pretty bad undiagnosed PTSD. Hagrid never forgave Harry for putting that whole situation on him. It was mad fucked up.

5. The time it made that centaur who lives out in the woods near Hogwarts suddenly appear in Professor McGonagall’s class mid-lesson, which startled everyone so badly that they immediately killed him

When Harry was packing up his room at the end of his last year at Hogwarts, he came across his old power strip and, on a whim, waved it around and mumbled “Louie Anderson” one last time. Right at that moment, the centaur who lives out in the woods behind Hagrid’s house was suddenly transported to Professor McGonagall’s classroom, which startled everyone there so badly that they instantly set to kill him. The poor guy didn’t even have time to explain that he was just as confused as everyone else before a terrified Professor McGonagall was already shrieking, “Kill him! Kill that fucking thing!” and the students were all blasting at him with the most deadly spells they could muster up. Making matters worse, the second-year students who made up the class weren’t well-versed in lethal spells yet, so after about 10 seconds of trying to murder the intruder with magic, a good chunk of the kids ditched that idea and began attacking him with chairs and desks and the classroom coat rack and basically whatever else they could get their hands on. It was an ugly fucking scene. By the time the dust settled and everyone realized that the thing they’d mashed up was the friendly centaur who sometimes waved to students around campus, it was too late. The centaur got murked bad. The school conducted an investigation that didn’t lead to any charges or anything, which was just salt in the wound for the poor centaur’s family. Hagrid was buds with the guy, too, so he was obviously a mess. Overall, it was maybe the most fucked-up thing that happened while Harry was at Hogwarts, and it was all thanks to him, his six-outlet power strip, and the words “Louie Anderson.”