5 Times Jesus Came Back, Ranked By How Quickly He Died Again 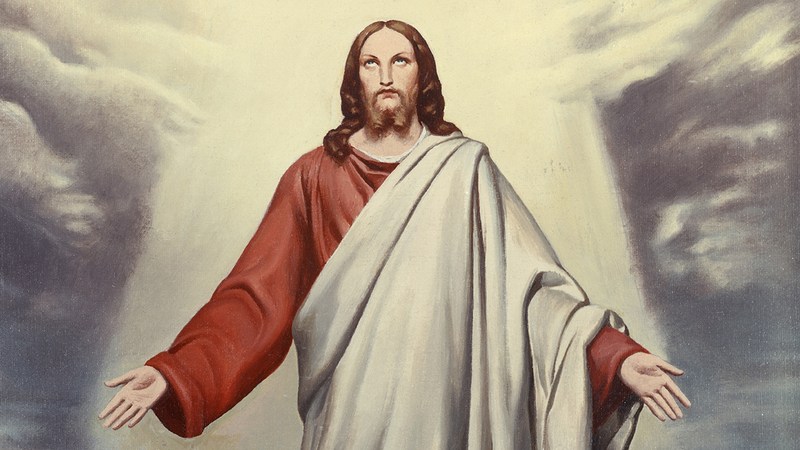 Jesus: Love him or hate him, he’s one of history’s most popular dead people. Strangely enough, Jesus is known for coming back to life just as much as he is for dying in the first place. Here we’ve compiled a list of every time Jesus has come back to life ranked by how quickly he died again. Check it out!

5. 1300-1336 AD: The time Jesus went to China to study architecture and accidentally brought the black death to Europe (36 years)

Sometimes when Jesus comes back to life he isn’t looking to do the whole God thing. This time in particular, Jesus became fascinated with Eastern architecture and apprenticed with Chinese builders in the Hubei Province. Sadly, he opted to visit family back in Europe after getting homesick a few days into his studies and inadvertently brought the bubonic plague with him to the West. After an infected Jesus bit a waiter in modern-day Bulgaria while he was trying to run out on a bill, the disease that would kill 25 million people spread across the continent like wildfire. Jesus, immune from the disease himself because he is the Son of God, died several days later after falling asleep in the snow. He passed at the age of 36, which is 125 in Jesus years.

4. 853-877 AD: The time Jesus disguised himself as King Charles, the Holy Roman Emperor, to see what it’s like to live the good life for a change, then was executed when he was found to be an imposter and no one believed he was Jesus because he had shaved off his iconic hair to match Charles’ baldness (24 years)

At this point, Jesus was pretty happy that so many people were worshipping him and celebrating holidays with his name on it. But the problem was that all the stories in the Bible led his followers to believe that he was totally uninterested in fancy food, expensive wine, and other bodily pleasures. This bummed Jesus out greatly, so he hatched a plan to disguise himself as the current Holy Roman Emperor, King Charles, who happened to be bald. He waited for Charles to visit his brother in Spain and then strolled into the castle, head shaved, claiming that thieves had killed everyone else in his party. He had the time of his life eating caviar, delicious cheeses, and finally finding out what sex is, but it didn’t last. Just a few months later, the real King Charles returned and ordered Jesus to be executed immediately. Jesus told them of his real identity as the Lord’s chosen savior of humanity, but no one believed him because he lacked the distinctive hair that he was so known for. He attempted to perform a miracle to verify his identity, but sadly he could no longer perform miracles since he had had an orgasm. He was only alive for 24 years, but at least his last three months was the best summer of his entire life.

Just the summer before his most recent death, Jesus got him and his mom tickets to her favorite artist, Merle Haggard, because Jesus had really whiffed with her previous birthday when he had given her an already opened string cheese that had clearly been left out in the sun. While he was originally not looking forward to seeing the legendary country singer, it turned out to be the best concert of his entire life. Haggard’s stirring rendition of his classic ballad “The Bottle Let Me Down” drove Jesus to tears and caused him to talk to his mom about his own budding alcoholism. After months of treatment and the support of his family and friends, Jesus found a steady job working the line at a sports bar in Edina, Minnesota. After only a few weeks on the job, he came in one day to find his boss in tears. When Jesus asked what was wrong, his boss told him that Merle Haggard had died. Jesus immediately collapsed on the floor in cardiac arrest. Haggard was the man who had opened his path to redemption, and he wasn’t ready to walk that path without the famous Okie from Muskogee by his side. Paramedics were not able to resuscitate him, and he died at the tender age of 21.

2. 1945-1961 AD: The time he invented Spider-Man and was murdered after showing his idea to Marvel Comics editor Stan Lee so that he could take it for himself (16 years)

Jesus was just a boy from Brooklyn who dreamed of writing comic books, but he couldn’t think of a cool character until one day when he fell into a manhole into the tunnels of Manhattan’s subways. He awoke covered in spiders, rats, and playbills for the failed Broadway musical Adolf Hitler: Vampire Vampire Hunter about a reformed Adolf Hitler who was brought back to life as a vampire by God to hunt other vampires that were up to no good. When Jesus saw those playbills, he thought about creating his own hero like Adolf Hitler, vampire vampire hunter, one that wasn’t a vampire or a Nazi, and without all the God stuff. Moments later, a few subway spiders crawled into his eye, and just like that he had the idea for Spider-Man. After dusting himself off, he walked straight down to Marvel’s midtown offices, where he pitched the idea to editor-in-chief Stan Lee. Lee immediately recognized the idea’s potential and choked Jesus to death on the spot so that he could use it for his own gain. An incredibly monstrous action, considering Jesus was only 16 at the time.

1. 33-33 AD: The time Jesus was descending from Heaven when he crashed into another religion’s savior as the other was ascending to Heaven and fell to his death (90 seconds)

Jesus was pretty miffed after he ascended for the first time after being crucified by Pontius Pilate and saw that some guy was claiming to be him “resurrected,” and even worse, all his best friends believed the guy to be him. It hadn’t even occurred to Jesus that resurrection was possible, but he gave it a try and realized that he could slowly float down back to Earth pretty much any time he wanted. So Jesus decided to set the record straight and began to head back to Earth when he crashed right into Keith, the soft-spoken messiah for Keithism, who just happened to be ascending to Heaven on the same day Jesus was descending. This knocked Jesus right out of the sky, and he fell down 31 miles to earth all the way from the mesosphere. Years later, paleontologists would uncover his skeleton in Peru. For many years, it was thought to be the skeleton of not Jesus, but a baby Tyrannosaurus rex, because he posed like the dinosaur as he hit the ground. At less than a month, this was certainly Jesus’ shortest time alive to this day.