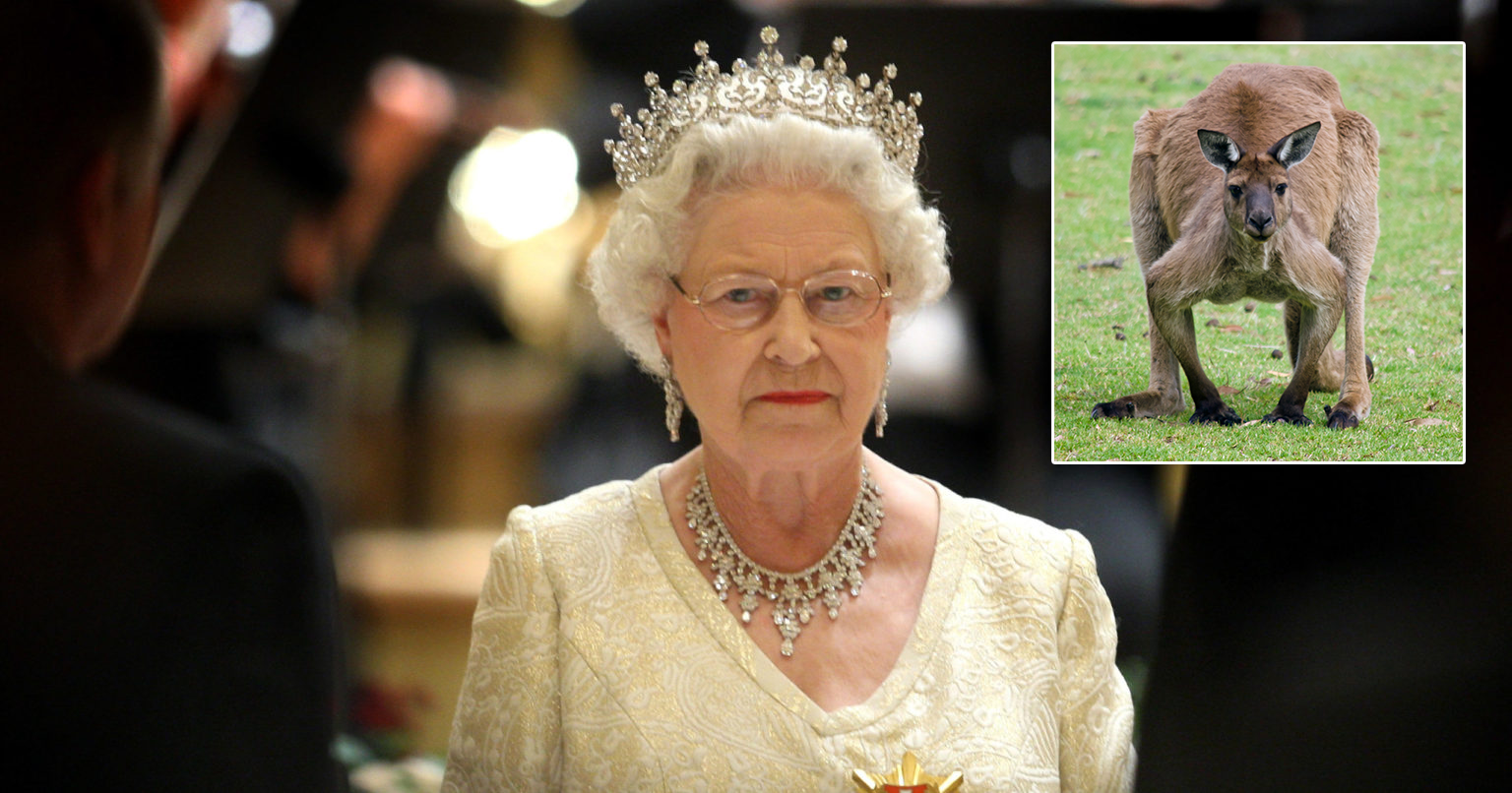 Throughout her entire life, Queen Elizabeth II has been defying people’s expectations. For instance, when Queen Elizabeth enters the boxing ring for a prize fight against a massive kangaroo, people assume she’s going to fare terribly, yet she always manages to exceed their expectations by a very small margin.

1. The time the haters said that the kangaroo was going to K.O. Queen Elizabeth with a single jab and it actually took two jabs.

This 1999 televised bout between Queen Elizabeth and a kangaroo, which was held to honor the memories of the soldiers who had died in World War I, is one of the most memorable moments in British history. Queen Elizabeth’s family begged her not to get in the ring with Star Destroyer (the kangaroo), but Queen Elizabeth said she had to “do it for England.” Everyone thought that the 6-foot, 250-pound animal was going to knock the Queen completely unconscious in just one jab, but after the first jab, the Queen was still standing and managed to spit at the kangaroo before a second jab sent her down for the count. And that’s just the way a badass like Queen Elizabeth rolls: When someone tells her she’s going to be demolished by a gigantic marsupial in under a minute, she DEMOLISHES their doubts by getting demolished by a gigantic marsupial in a little bit over a minute.

2. The time that the haters said a kangaroo was going to uppercut Queen Elizabeth into the rafters in the first 10 seconds and she lasted close to 30 seconds before that happened

This match between Queen Elizabeth and a kangaroo took place in 2003 as a pay-per-view boxing extravaganza that Her Majesty arranged in order to raise money for the NBA. The Queen’s family pleaded with her not to do it, pointing out that basketball was extremely popular worldwide and the NBA was having no financial difficulties whatsoever, but the Queen courageously would not be deterred. The Vegas odds said Queen Elizabeth was going to be uppercutted so hard that she would sail upward into the rafters of the arena within the first 10 seconds of her match with Ben Hur (the kangaroo), but the Queen showed them all! She sprinted around the edge of the ring shrieking for nearly three times that amount of time before the kangaroo finally caught up with her and uppercutted her into outer space, proving to everyone that the ol’ gal still had some fight in her. It just goes to show, you never underestimate the Queen of England!

3. The time the haters said that the kangaroo was going to knock out every tooth in Queen Elizabeth’s mouth and she left the match with six teeth still in her mouth

This one was absolutely one of Queen Elizabeth’s finest moments. She held the match on the same day in 2011 as Prince William and Kate Middleton’s wedding so that the wedding would get less attention. After landing a couple good slaps on the kangaroo’s belly, the kangaroo wound up and delivered a left hook that utterly failed to knock out as many of the Queen’s teeth as people anticipated, leaving the monarch with more than enough chompers to chew her nightly supper of microwaved eels and hot dog buns. Of the teeth that did fly out of the Queen’s mouth, one was caught by a terminally ill child who was attending the bout courtesy of the Make-A-Wish Foundation. While he unfortunately had to give the tooth back so that the Queen could have a state funeral for it at Westminster Abbey, just getting to hold the tooth for a few seconds was special enough for him to die with a smile on his face.

This boxing match between Queen Elizabeth and a kangaroo took place on June 18, 2015, to commemorate the 200th anniversary of the Battle Of Waterloo. Technically it was against the rules for a combatant to bring a purse into the ring, but the ref could not stop her because she’s the ruler of the country and does not have to obey laws. This ended up being for the best, as Her Majesty managed to wow everyone in attendance by swinging her purse around and whacking the kangaroo three or four times before he eventually got annoyed and hit her with a right cross so powerful that she went sailing over the ropes and into the crowd. She showed the world that day that just because you’re over 90 years old and can no longer go maneuver stairs without help doesn’t mean that you can’t very briefly put up a fight against a huge belligerent kangaroo.

5. The time the haters said that Queen Elizabeth would be killed by a 300-pound kangaroo named Khaleesi, and the Queen escaped with nothing but a three-week coma.

When Buckingham Palace officials announced that, to honor the 20th anniversary of Princess Diana’s death, Queen Elizabeth would be stepping into the ring with Khaleesi, one of the largest kangaroos in the world, it seemed like every naysayer on Earth was online talking about how the Queen was going to be killed. Yet those haters were forced to eat their words when Queen Elizabeth was wheeled out of the ring with a detectable pulse and only ended up suffering a brief three-week coma, allowing her to get back into the ring less than a month later to once again brawl with an animal. Mic drop! We’ve said it before and we’ll say it again: Never bet against Queen Elizabeth of the House of Windsor!