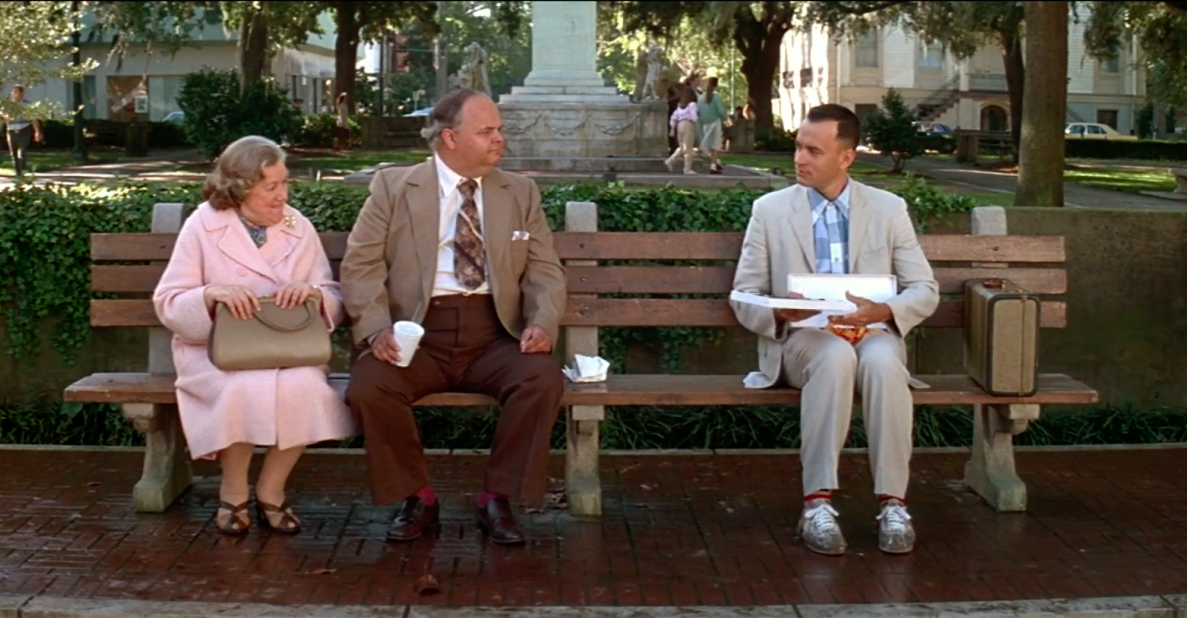 I used to believe that life was a precious gift until an incredible actor named Tom Hanks showed me the harsh reality that, in all honesty, living probably isn’t worth the trouble. Here are 5 of his films that really hammered that fact home.

Tom Hanks’ iconic role as Forrest Gump, a simple, low-IQ man who finds himself caught up in all sorts of adventures and important historical events, showed me that one’s life is simply too controlled by chance to be worth it. Sure, all of the stuff that Forrest is able to accomplish in his life, such as becoming a war hero and landing an endorsement deal with a ping-pong paddle company, may give the impression that life can be enjoyable, but he is clearly underwhelmed by achieving the things he does. All Forrest wants to do is reconnect with his high school sweetheart, Jenny, a woman who, honestly, doesn’t really seem to have her shit together. Despite his best efforts, it takes him until the end of the movie to finally marry her, and then she dies of disease right away anyway. Terrible. With Forrest Gump, Tom Hanks showed me we are simply feathers blowing in the wind, unable to guide our fortunes, without free will to guide us to our final destinations, and, therefore, life isn’t really worth it.

Are we, as humans, driven to survive by pure biology, forced to claw and gnash our way through life regardless of whether the experience is even worthwhile? According to what Tom Hanks taught me in Cast Away, that’s exactly the case. Stranded on a desert island, miserable and alone, he inexplicably fights to survive despite having literally not a single reason to do so. Through his powerful and tortured performance as a man driven to stay alive by nothing more than an innate desire hardwired in his genes, he showed me that, honestly, being alive isn’t that big of a deal. I mean, his best friend is a volleyball and he lives in a cave. How is that kind of existence worth preserving? Why fucking bother?

Need proof that life is isn’t worth it? Look no further than the Tom Hanks film, Turner and Hooch. In the film, Tom Hanks, as police detective Scott Turner, must protect Hooch, a mischievous pooch who is the only witness to a murder. In the end, Hooch helps solve the case but ends up succumbing to injuries he endures while saving Turner’s life. The clear message of the film is that, if all dogs end up dying, there is no point in carrying on with this miserable existence. There are millions of dogs on earth and few will outlive their human companions. There’s no point in living in a world where sweet, loyal canines are constantly dying. Even though Turner ends up getting promoted to police chief and adopting a litter of Hooch’s pups, the ultimate lesson of Turner and Hooch is that in a world where dogs die, there is no reason to be alive.

In 1988’s Big, Tom Hanks makes it abundantly clear that existence is meaningless, as it equally fucking sucks to be either a child or an adult. After wishing to become big under the assumption it will make him more attractive to his crush, a 13-year-old boy magically turns into a 30-year-old man, but his life is still hollow and unfulfilled despite excelling at his job at a toy manufacturer. By illustrating that the “magic of youth” is bullshit and that adulthood is still miserable even if you’ve got a great career and a beautiful girlfriend, Tom Hank’s masterful performance as a man-child in Big really paints a completely convincing picture of the human experience as a worthless endeavor from start to finish. As children, we long to be adults, as adults, we long for childhood, and after watching Big, I longed for death.

The beautiful ending of 1984’s romantic comedy Splash shows Allen Bauer, charismatically portrayed by Hanks in this early comedic role, swimming off to an undersea kingdom with his mermaid love, Madison, who has just given him the ability to breathe underwater so they have live happily-ever-after. This film is a dagger plunged into my heart, forever killing all hope that life is worth it. Mermaids are not real, no one will ever whisk me away to a magical undersea world, and if I was to spend any more than, like, 2 minutes underwater, I would just die. Which, I guess, wouldn’t be all that bad of a thing. Because if Tom Hanks films have taught me anything, it’s that being dead is vastly preferable to being alive.