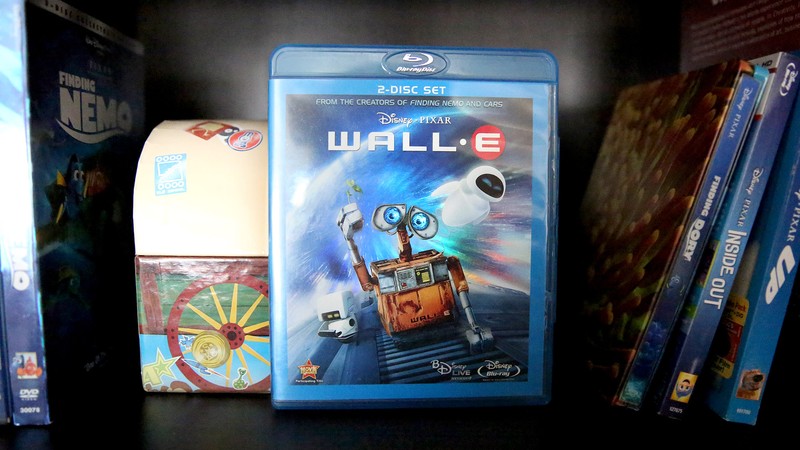 It may not seem that noteworthy when you plunk down $20.99 to get this Pixar classic on Blu-ray, but here are five ways you’ll never, ever be the same after adding ‘WALL-E’ to your collection.

1. Everything will be free: Next time you check out at any store, try flashing your WALL-E Blu-ray instead of your credit card. The amount on the cash register will automatically change to “on the house,” and a store manager will rush over to help you pay off your remaining student loans. Most people don’t know this, but it is currently the policy of all restaurants, gas stations, movie theaters, hotels, auto dealers, grocery stores, and boat auctions to refuse payment from anyone who owns this captivating tale of a robot trying to find his place in the universe on Blu-ray. It will take some getting used to, but soon you’ll start remembering to leave your wallet at home every time you leave the house.

2.You’ll have access to the nuclear launch codes: This one’s pretty neat! Within a day or so of purchasing WALL-E on Blu-ray, you’ll be given access to some of the most high-clearance military intelligence our country has to offer. A four-star general will come to your house and say, “I heard you got Pixar’s WALL-E on Blu-ray with hi-def picture quality and tons of awesome bonus features, and I came as quickly as I could. Here are the nuclear launch codes. Please be sure to use them today or tomorrow on the country of your choice, and remember: The U.S. is fair game.” Then he’ll get back in his military helicopter and fly away. What you do next is up to you!

3. You will no longer fear death: Most people get all worked up about dying because it’s so scary to think about life ending before you ever get a behind-the-scenes look at the incredible team of artists and animators that brought WALL-E and his friends to the big screen. So once you own WALL-E on Blu-ray, this last and most precious of life’s mysteries will become known to you, and as such, death will no longer seem like an enemy to fear but rather an old friend to one day greet in peace as equals. It’s also worth noting that if you get WALL-E on DVD, you will fear death much, much more.

4. You can stop lying to the director of WALL-E about owning WALL-E on Blu-ray: We all know the uncomfortable feeling of lying to director Andrew Stanton’s cherubic little face when he asks you if you own WALL-E in the stunning Blu-ray format. Well, next time he bounds up to you at the mall, your office, or a parking garage, let him ask like he always does, and for the first time in your life, you will be able to respond, “Yes, I do, Andrew Stanton,” with full honesty. Though it will be just another day for Andrew Stanton, you will feel absolutely incredible, just like WALL-E does when he first meets EVE (a scene you can now watch over and over on your home entertainment system!).

5. Your spouse will leave you: Unfortunately, it’s not all sunshine and rainbows when you get WALL-E on Blu-ray. It could be the day you buy it, it could be three months after you buy it, but rest assured, your spouse will leave you once you have purchased a copy of WALL-E on Blu-Ray. The fights won’t seem serious at first—just little outbursts when you come home late from watching WALL-E on a Thursday night on your office’s Blu-ray player, or passive-aggressive comments about how crowded the Blu-ray shelf has become—but that’s how it starts, and that’s the beginning of the end. Getting WALL-E on Blu-ray will change who you are, and while that’s beautiful in many ways, you’ll essentially become a stranger to those who knew you before, and the fallout can be swift and intense. There is nothing you can do but get ready.