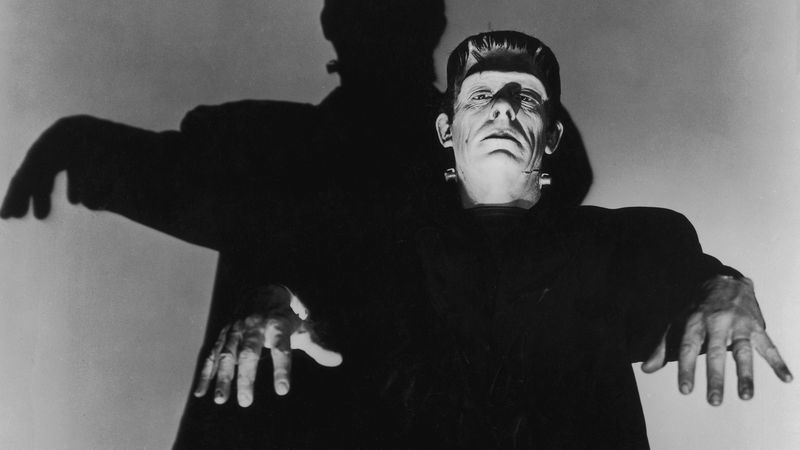 4. Before reporting Frankenstein when he gets on the train with a mysterious box, make sure it’s a bomb of some kind and not just the box of yarn that he treats like a pet: Don’t call the bomb squad just because Frankenstein gets on the train with a mysterious cardboard box! Frankenstein is a hulking corpse monster with a heart of gold and he loves to pet soft things. His insane creator, Victor Frankenstein, gave him a mouse to pet, but Frankenstein ate it, so now the only soft object he can be trusted with is yarn. Frankenstein has a big box of yarn that he pulls around on a leash and which he calls his “MOUSE BOX,” and sometimes when he’s on the train he will take the yarn out and start petting it and eating it. Frankenstein’s big, unmarked box might look suspicious and even a little dangerous, but it’s important to remember that it’s almost certainly filled with yarn and is probably not a bomb.

5. Don’t call the police to report Frankenstein walking around the train holding a brain until you’ve confirmed that it’s not his own brain: Frankenstein loves his brain and sometimes on the train he will rip it out of his monstrous skull and walk from train car to train car showing it to people and moaning things like, “WAVE HELLO TO FRANKENSTEIN’S BRAIN.” However, sometimes Frankenstein will rip out someone else’s brain to put it in his own skull so that he can have two brains. This is terrible behavior, and if Frankenstein is carrying someone else’s brain it’s absolutely time to get the police involved. If Frankenstein’s just carrying his own brain, though, then that’s just Frankenstein being Frankenstein. Best just to wave hello to Frankenstein’s brain when he tells you to and carry on with your day like normal.