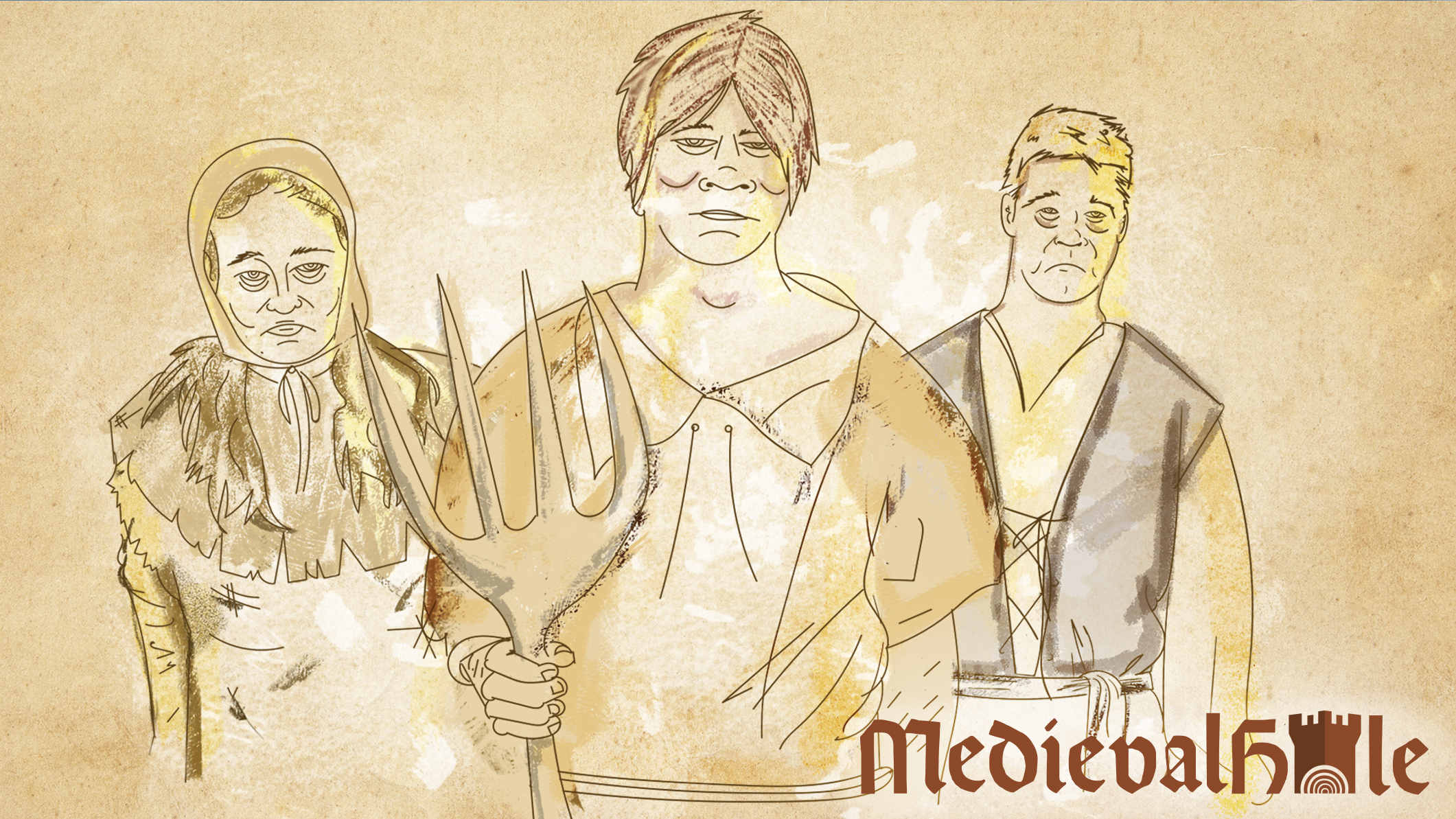 If you catch most peasants in an honest moment, they’ll tell you that they don’t particularly love working the land for the fat cat nobles of this kingdom from dusk till dawn every day until they die. But not all of them feel that way. Here are five peasants who have really leaned into the whole “work 12 brutal hours a day for no money until you die” situation and don’t seem to mind it one bit.

Conrad farms Lord Aymer’s land over in Hertford, and the dude honestly seems like he can’t get enough of it. When he’s getting out on the farm to plow without oxen or decent tools by, like, 3 a.m. in the summer months, he claps his serfs on the back and says shit like, “It’s time to get after it, boys,” while smiling like a jackass. Conrad’s just always in a good mood and it’s fucked up. Even when the lord’s collectors come around at the end of the season to take basically all of the food he worked so hard to grow, he’ll joke around with them by saying something like, “Are you guys finally gonna take my wife this year?” while doing a thumb-point and making a goofy-ass face. His whole vibe is honestly so off-putting.

Odo lives in a hut that’s probably about 5 by 5 with 19 other people, sleeps on a lice-infested bag of hay, and has windows that are just straight-up holes because he can’t afford glass, but it’s possible that this dude actually thinks he’s crushing it. He just carries himself like he’s doing important work or something. This weird-ass peasant absolutely busts his ass on all his farming work as if he’s working toward a promotion, even though that’s impossible. Odo tills the soil for Duke Azenforth, who owns literally every single item Odo has ever seen in his life, and it’s not like the duke is ever going to say, “Wow, Odo, you work so hard! You should be the duke instead of me!” People have told Odo to his face, too, that no matter how hard he works, he’s going to be wearing a potato sack as a shirt and a second potato sack as pants until he dies, and it somehow doesn’t faze him. Strange.

Most people would look at Edith’s life as a peasant wife and mother and call it objectively terrible, but you’d never hear that from Edith. Peasant women usually split their time between maintaining the household and watching a bunch of their kids die from the common cold or whatever, all in addition to breaking their backs in the field picking berries and caring for the livestock, and that whole situation seems somehow to be right up Edith’s alley. Like, she’s in charge of making all the clothes for her family, and she just makes so many clothes. She never stops. Most other peasants have one brown outfit with a tattered rope belt and that’s it, but everyone in Edith’s family has, like, three scarves each. It’s insane for any peasant to have a single scarf, and her family has so, so many. She’s a machine.

Percival farms Lord Edmund’s land, and you better believe this guy has accepted the whole setup 10 times over. Not only does Percy produce basically double the amount of crops that’s expected of him for a lord who 100 percent doesn’t know his name and won’t care when he dies, but he seems visibly bummed out when it rains and he can’t do any work. Hand to God, while everyone else usually spends the rare day off inside, recharging and doing fun, leisurely stuff, Percy just kind of putters around the house looking for holes in the wall that he can patch up, or talks to his wife and kids about his favorite parts of farming. Dude loves it.

Every peasant family shits in a bucket and the wife usually has to empty the bucket in the river. It sucks and it’s totally unfair, but that’s just the way it is. Most wives empty the bucket out once a day, once every other day sometimes, but Margery empties her shit bucket five times a day, straight up. How her family can be shitting that much is a mystery, but what is known is that five times a day, you can find Marge carrying a big bucket of shit like a cross all the way to the river, smiling and waving at people the whole way. It’s so sad. She explains it away by saying, “Cleanliness is godliness,” a bunch, which is bogus. Like, if cleanliness were a priority, you wouldn’t be tossing your shit into the same river you drink from. She’s 100 percent making that shit bucket hike five times a day because she simply doesn’t mind it. Wild. What a weird lady.