6 Breathtaking Images Of Outer Space That Put Into Perspective Just How Small, Insignificant, And Pitiful Your Dad Is 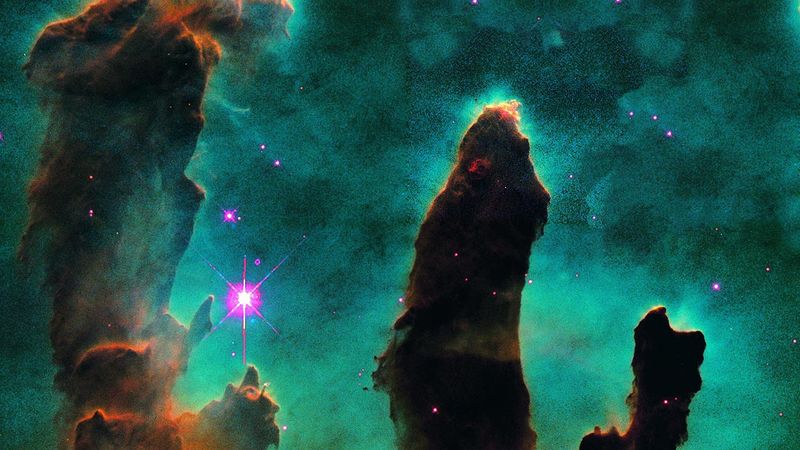 Only when we look to the stars can we begin to grasp how infinitesimally small and useless your dad truly is.

1. See that little green blotch? That’s how small North America would be if it were on Jupiter. Though your dad might seem important to you now, when you step back and look at things from a cosmic perspective, you will realize that he is tiny and utterly meaningless—a faceless speck drifting impotently across the planes of eternity.

2. All of your dad’s accomplishments and all the times he’s been there when you needed someone to believe in you are laughably inconsequential when you consider that you could fit 1.8 million Earths inside the Sun, and that the Sun is only one of the roughly 100 billion stars in our galaxy alone. Beyond his pathetic little microcosm, your dad is nothing. A zero.

3. And just when you didn’t think your dad could seem any tinier, any more worthless, we zoom out further. Here’s the Milky Way galaxy compared with some of our neighbors—just a few of the over 100 billion galaxies in the observable universe. In the ineffable vastness of space-time, the man who you’ve looked up to your whole life as a pillar of strength and moral fortitude is nothing more than a pale shadow of futility.

4. Light travels at 186,282 miles per second, which means that in the blink of an eye, a photon has already gone further than your sad-sack dad will ever travel in his lifetime. But it would still take a photon almost 100 billion years to traverse the entire universe. Your dad taking that day off of work, even though there was a ton on his plate, just so he could come to your soccer tournament doesn’t seem even worth a glancing thought now, does it?

5. There are more stars in the universe than there are grains of sand on Earth. The only thing more difficult for the human imagination to fathom than the staggering enormity of the universe is the astronomically small degree to which your dad matters.

6. Here is an incredible photo, taken by the Hubble Space Telescope, that shows us thousands and thousands of galaxies, each of them containing billions of stars and celestial bodies. But pretend instead that it is a photo of an immeasurably large and complex sewage system, with each galaxy representing a waste treatment facility, and all of the countless stars and planets within those galaxies representing a toilet. In this breathtakingly immense and intricate sewage system, which traffics trillions of tons of shit every single day, your dad is an undigested kernel of corn buried in a small and unspectacular pile of wet shit. The putrid mound of wet shit in which your nobody dad is entombed is floating dumbly down a very small and unimportant section of sewer amid billions of other shit piles, most of which are bigger and more impressive than your dad’s. The corn kernel that represents your dad will never add any objective value to the sewer system or the shit it’s wedged inside, and it will never be noticed for anything. It will just be floating purposelessly inside a turd inside an incredibly small sewer corridor forever and ever, until it eventually gets smashed by a stampede of rats. The rats will not mourn the corn-kernel turd that they’ve smashed, nor will they even realize they’ve smashed it. It won’t matter at all, just like your dad.