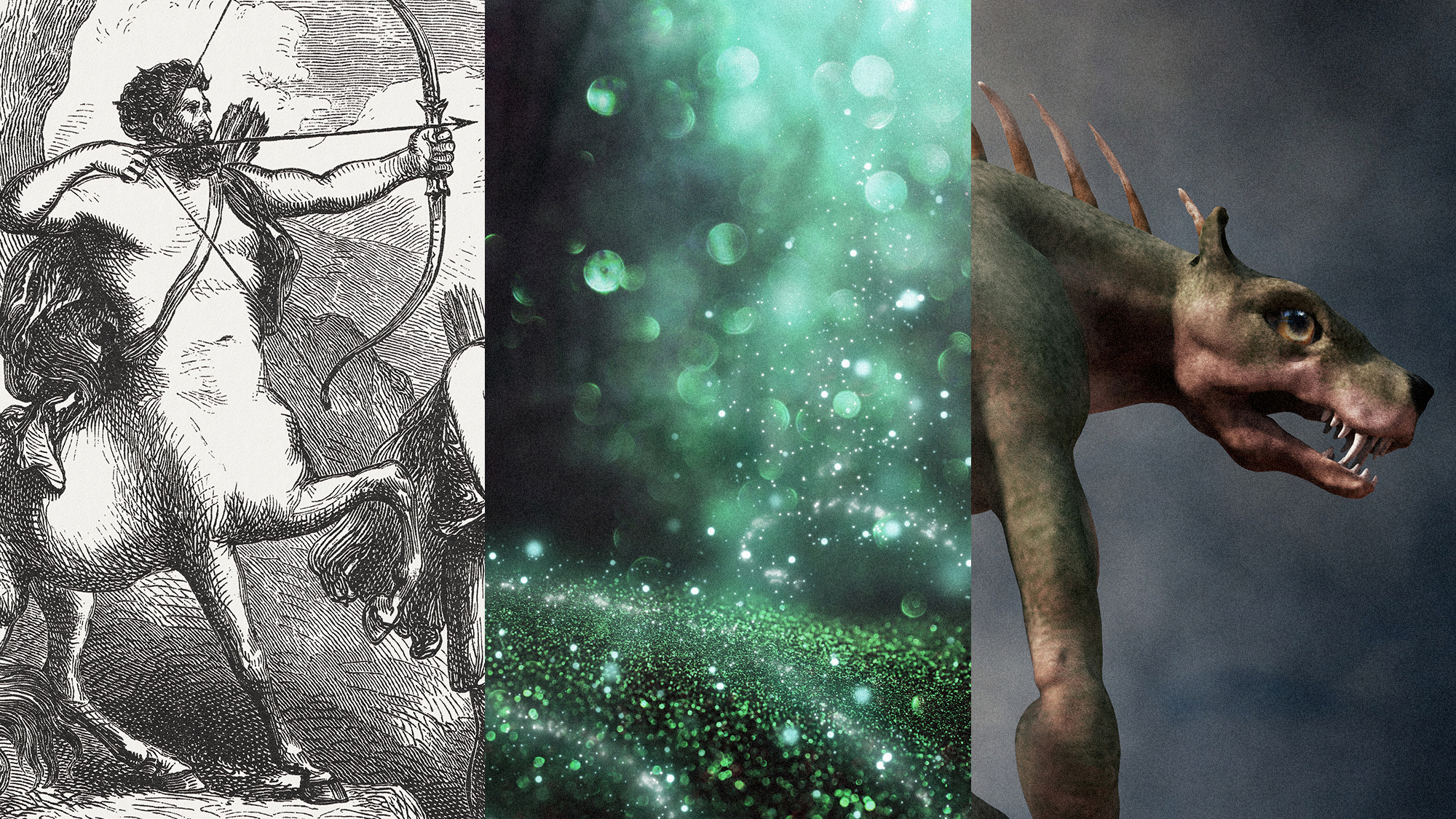 I used to have a wonderful garage that I used all the time but has recently become filled with fantastical and awe-inspiring creatures of legend that just kind of moved in without my consent. Here’s my current running list of the six mythical creatures squatting in my garage ranked by how much of a hassle they are being.

There is a sentient giant made of mud living in my garage and, honestly, he is the least of my worries because he is very stupid. At the beginning of each day, the Golem walks very slowly to one side of my garage and puts a deflated basketball into a bucket. At the end of the day, he walks all the way back and puts the basketball on a plate. It seems like he thinks he has to do this. The rest of the creatures all wait until the Golem has put the basketball on the plate before they go to sleep, so maybe it’s like a clock or something. Regardless, he’s not too much of a problem for me, especially compared to some of the others.

A will-o’-the-wisp is a tempting ghostly spirit that leads travelers astray, and as of last month, there has been one inhabiting my garage. Almost daily, it tries to get me to put my head inside the dirty old fridge where I keep extra beer by sparkling tantalizingly in front of the freezer door. Here’s how it happens: Every time I get home from work, I catch a glimpse of the pale, sickly light of the wisp glowing from under the crack in the garage door and then all of a sudden, I wake up with my face pressed against a pint of Stephen Colbert’s AmeriCone Dream ice cream so old it’s fused to the back of the freezer. The wisp glows very bright whenever this happens, as if it’s enjoying itself. I do not understand why the will-o’-the-wisp has chosen me and my garage, but I wish it would leave.

4. A family of gnomes

I assume the five gnomes that live in my garage are a family because the biggest one spanks the other ones. They worship the bike hanging on the wall of my garage, and to prove themselves worthy of it, they take turns hurling themselves at the wall as hard as they can. It makes my whole house shake as if an earthquake is taking place. I tried to ask them to stop, but in retaliation they threatened to start taking off all of their clothes as fast as they can every time they see me. Unfortunately, even though I immediately left them alone, they liked that idea so much that they started doing it anyway. Needless to say, this family of gnomes has lessened my quality of life by quite a bit.

There is a centaur stuck inside my Prius and it is a disaster. He would not fit in the Prius if he were sitting normally, so instead is sitting with his front horse legs inside of the center console, crushing all of the receipts and mints I put in there. His back horse legs are splayed out at weird angles all over the seats. Every time I try to open the door to let him out he screams, “I’M CRUISIN!” and shoves me out with one human arm while doing the “hang loose” sign with the other. When he thinks no one is looking, he rubs my fuzzy dice all over his body very hard. I have had three dreams about punching him in the face, but I don’t think I can do it in real life. Instead, I have been forced to rely on public transportation for the past several weeks.

The chupacabra in my garage is a big problem for many reasons, but mostly because it has fallen in love with an extremely ugly Santa Claus candle that it found in a box. All day, the chupacabra uses its scary teeth to tear up my medical records into fresh scraps of paper for the Santa candle to lay on. At night, the chupacabra goes hunting to satiate its craving for blood and also find one big tooth to bring home and drop in front of the Santa candle as a present. Every tooth the chupacabra has brought into my garage has been soaking wet, and I’m not sure why, but this scares me more than anything else about him. I have discovered that when the Golem puts the deflated basketball on the plate, that is also the time the chupacabra has sex with the Santa candle. There is nowhere in my house that I cannot hear it happening.

I can tell that none of the rest of the mythical creatures living in my garage like the woodland faeries, which checks out because they are an absolute scourge. There are about 12 of them, and all they ever do is make these stupid-looking magical plants grow all over the place. That doesn’t sound like it would be such a big deal, but they’re also mean about it—they’ll make a bunch of their dumb faerie grass grow right in front of where you’re trying to walk, and when you trip on it, they all giggle and point. It might not be quite as destructive as what some of the other creatures have going on, but it is much more infuriating. I am not proud to admit that they have reduced me to tears on several occasions, and my knees are skinned beyond belief from all the times they have used their magic powers to make me fall flat on my face. Their relentless torment has become too much for me to bear. On the upside, I recently told the centaur I was going to try and make a net to catch the faeries, and he smiled at me for the first time ever, which was thrilling. I would love to work together with all the rest of the mythical beasts to kill the woodland faeries, but I’m terrified that if we do, it will give them all the idea to kill me next. At this point, I can only hope that I get out of the whole situation alive. I pray that these creatures disappear one of these days, because I want my garage back.