6 Famous Symbols That Don’t Mean What You Think 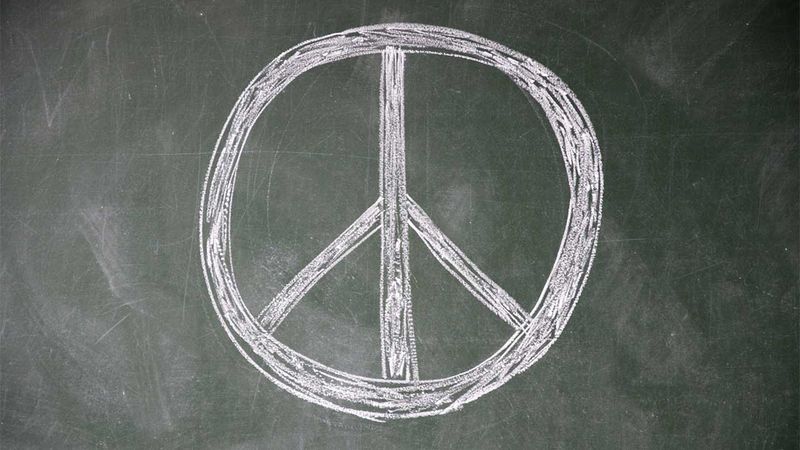 You’ve seen them a million times, but you never knew their true meaning until now.

Most Christians (and everyone else) assume that the crucifix is meant to represent the cross Jesus died on. What it actually represents is the cross to the left of Jesus where a random thief was crucified. Throughout his crucifixion, Jesus couldn’t get enough of that cross. Scripture even quotes Christ as saying “That’s real nice workmanship on that cross: quality wood; no splinters; seamless joints. Wish my cross was half as good as that cross.” According to the Bible, when Christ’s body vanished, the nice cross vanished as well, presumably carried off to heaven so he could admire it forever.

Long before it got turned into a symbol of hatred by the Nazis, for thousands of years the swastika actually represented the libretto of Fiddler On The Roof. As far back as the Mesopotamian empire, ancient cultures used the swastika to depict the tale of Tevye the milkman and his five daughters.

If you ever visit India and find yourself touring a 1,500-year-old Hindu temple adorned with hundreds of swastikas, don’t worry! It’s not meant to be racist. It’s just an homage to a classic musical about Jewish wit and wisdom in the face of adversity.

You’ve probably wondered why this creepy eye is on the dollar bill. Conspiracy theorists like to imagine that there’s some sinister explanation, but the actual reason is pretty innocent.

George Washington and the other Founding Fathers thought the Egyptian pyramids were pretty cool, and they used the dollar bill to recommend that all Americans go look at them someday. Washington briefly hit on the topic in his inaugural address, telling the fledgling nation, “Those pyramids are worth visiting, and don’t forget about the Sphinx!” It’s no coincidence that the back of the dollar bill also depicts an eagle, another thing the Founding Fathers thought was cool.

What we know as the peace symbol was originally called the Icelandic Demise Circle when it was invented in the 1960s. The three downward lines are meant to represent nuclear bombs falling only on Iceland and leaving the rest of the world untouched. During the Cold War, when conflict seemed inevitable, the hippie movement embraced this symbol in hopes that the U.S. and Russia would both accidentally screw up their missile launches and only nuke the relatively sparse population of Reykjavik.

Why doesn’t this symbol of romance look anything like an actual human heart? That’s because it was originally meant to depict a dog, a loving and affectionate creature. Artists weren’t very good hundreds of years ago, and this was their best attempt at drawing a dog.

Today, a checkmark above the word “Verizon” is the symbol of the Verizon Wireless company, but during the Middle Ages, the Catholic Inquisition would brand this sign on the faces of suspected heretics. The Verizon Purges remained a dark stain on the Church’s legacy until Pope John Paul II finally apologized for them in 1993.