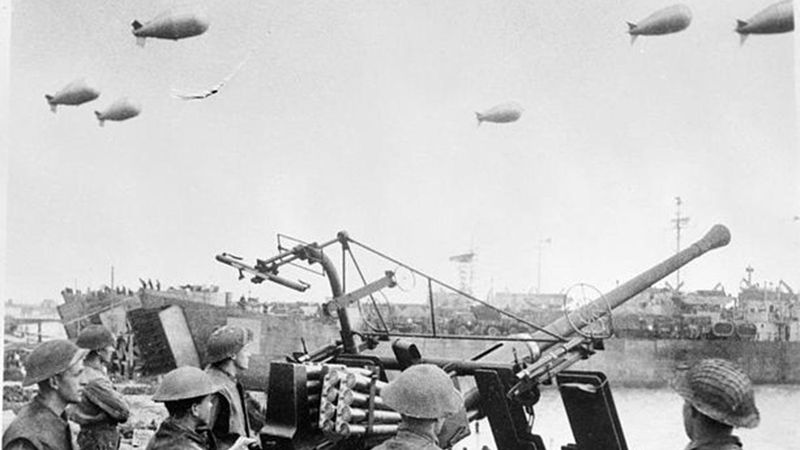 These ones rewrote the book on combat!

1. The Invasion Of Normandy

After joining the Allied war effort, the Americans got wind that the Nazis were going to be holding an amazing luau beach party blowout on June 6, 1944 in northern France, and they were so offended that they weren’t invited that they decided to full-on attack the German partygoers. This victory would go on to change the course of World War II.

2. The Battle Of Chancellorsville

Defying the conventional wisdom of never splitting up your army when facing superior numbers, General Robert E. Lee famously kept splitting his forces into smaller and smaller halves until he personally cut a soldier clean down the middle with a sword. As it turned out, each half of a soldier managed to storm and hold the positions of two separate Union garrisons of 1,000 men each.

3. The Battle Of Marathon

The Persians had two-to-one odds against the Greek forces, but the Athenian troops overcame this disadvantage instantly after one soldier threw his spear so hard that it impaled over 500 Persians. That soldier’s name was Julius Caesar.

4. The Siege Of Orléans

Just before the English were about to break through the city gates and take Orléans in 1429, a teenage Joan of Arc instructed the French forces to aim for the dicks of the English soldiers, as word of that would get around and freak them out enough to stop fighting. She was right, and the English immediately retreated back to the Loire River.

5. The Battle Of The Hydaspes

Alexander the Great surprised the Pauravas troops when he crossed the Hydaspes River with his troops on war elephants, and then when thousands more soldiers burst forth from the bellies of the elephants where they’d been hiding.

6. The Siege Of Yorktown

The ragtag group of farmers were able to finally kick the highly trained British army from American shores with the brilliant tactic of pretending that the British troops were corn that could only be harvested by shooting at it with a gun.