6 Gentiles Who Went On To Become Professional Athletes 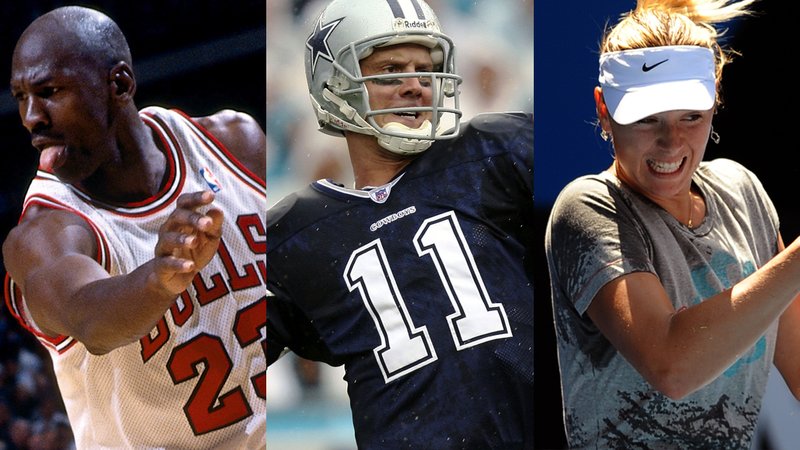 Professional sports aren’t just for the Lord’s chosen people! Gentiles everywhere can be proud of these talented trailblazers.

This Puerto Rican slugger never let growing up without the light of Adonai in his life stop him from breaking into the majors. Raised on a treif diet and with basically no Talmudic education, Beltrán still managed to make a name for himself in the minors before busting into the MLB, where he would win Rookie of the Year and join the 30-30 club while regularly violating the Lord’s dictate to keep Shabbat. What an inspiration for millions of young gentile boys around the globe!

Unlike her Team USA teammate Aly Raisman, gymnast Nastia Liukin has no connection to 5,778 incredible years of Jewish heritage, but you’d never know it from her athleticism and grace! Liukin started training at age 3 and proved herself a prodigy; while other kids were studying for their b’nai mitzvot and exploring their ancestral homeland on Birthright, she was training hard on the floor, uneven bars, and balance beam. And it paid off: Although Liukin may never know the joy of standing on the bema as a woman in the eyes of God and her congregation, she took home the gold from the Beijing Olympics in 2008.

A Christian in the NFL? Say hello to quarterback Drew Bledsoe, whose disinterest in following all 613 holy commandments is rivaled only by the power of his throwing arm. As a stalwart of the New England Patriots, Bledsoe helped the team bring glory to YHWH without even knowing that he was repairing the world through Tikkun Olam!

You’ve probably heard of professional tennis player Anna Kournikova, but did you know she’s never wrapped tefillin or even davened in shul? While tennis may not traditionally be thought of as a Christian sport, Kournikova proves that followers of the prophet Christ have just as much of a place on the court as any tribe member. It just goes to show that in the end, it’s talent and hard work, not just an ancestral covenant with יהוה, that separates a good athlete from a great one.

An American League MVP. A five-time All-Star. A two-time Silver Slugger Award winner. And he did it all uncircumcised, too. Talk about beating the odds!

Whoever says goyim can’t dunk has obviously never met Michael Jordan! This gentile was blessed with the kind of natural athleticism that kids pray to the God of Abraham and Isaac for, allowing him to play both basketball AND baseball professionally over his rabbinically unsanctioned career! And who knows? Having gone through so many different life stages, who says he won’t convert one of these days? Either way, mazel tov, Michael!