6 Magic Tricks That Someone Should Get Working On 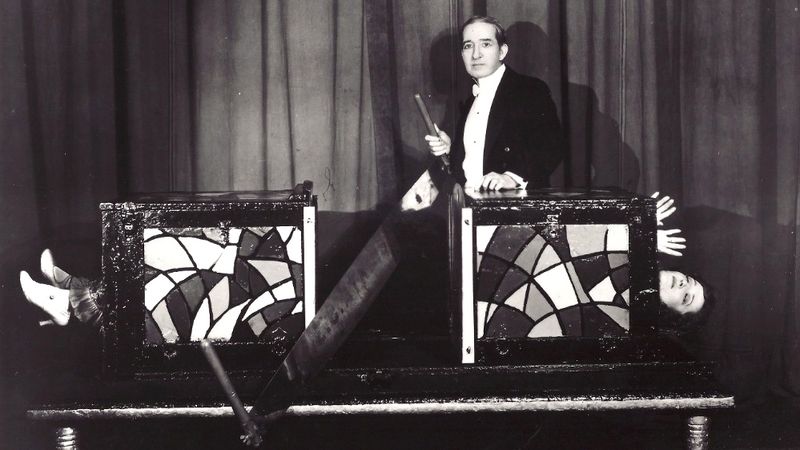 There are a lot of great magic tricks that nobody knows how to do yet. Here are a few we’d love to see that somebody should probably get working on ASAP.

2. “The Flight Of Ra”: The magician places a handkerchief over his head, taps it with his wand, and then pulls off the handkerchief. Where his head once was, there is now the head of a magnificent falcon. The falcon loudly shrieks. The magician’s body runs frantically back and forth across the stage, clutching at its shrieking falcon head until it eventually rips the falcon head off of its neck and falls dead on the stage in a shower of viscera.

3. “The Major Tom”: A single spotlight illuminates the magician as a hush falls over the crowd. For a tense moment, there is absolute silence. Suddenly, the magician winks at the audience and abruptly vanishes in a puff of smoke. Three weeks later, NASA telescopes discover the magician’s frozen corpse drifting aimlessly through space, 6 billion light-years away from earth.

4. “The Music Of The Spheres”: A human arm holding the queen of spades bursts out of the magician’s chest.

5. “The Battle Of Bunker Hill”: The magician selects an audience member at random and asks them to pick a card from an ordinary deck and show it to the crowd. The audience member then places the card back into the deck. The magician says the magic words, waves his wand, and asks everyone in the audience to check their pockets. To the crowd’s amazement and awe, when they look in their pockets, they find that somehow, through some miraculous illusion or mesmerizing sleight of hand, each one of them is carrying a copy of the card that was selected onstage. The magician then begins screaming in horror as his body melts into a viscous puddle like a wax statue in an oven.

6. “The Big Lantern”: After the magic show, every single audience member finds the magician’s corpse in the back seat of their car.