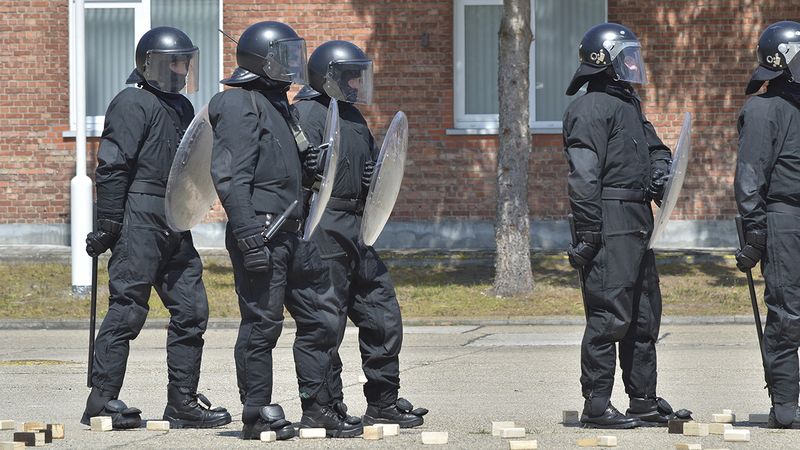 These myths are rooted in antiquated, toxic gender constructs. They have absolutely no place in this active hostage situation.

Myth 1: Women don’t crave sex as much as men: This is a notion that people really need to stop perpetuating, especially right now, when there’s a very disturbed man holding us at gunpoint. Studies show that women want sex just as much as men but are just more hesitant to express their desires due to society’s regressive attitude concerning female promiscuity. Get your facts straight.

Myth 2: Women are more programmed toward sexual monogamy than men: You remember when the gunman pistol-whipped the old man a couple minutes ago? If he’s not afraid to hurt the elderly, then he’s certainly not afraid to hurt us. But if you insist on trotting out this tired old myth—even though there’s a guy who claims to have a bomb literally 10 feet away from us—then I’ll go ahead and counter by saying that, actually, studies have shown that women experience less sexual desire than men in long-term relationships.

Myth 3: Women want fewer sexual partners: Guys, it’s 2016. The gunman has threatened to kill one of us an hour until his demands are met, and we’re still having this argument? With police helicopters hovering over the building, you’re going to keep circulating a widely debunked theory backed by no biological evidence? Come on.

Myth 4: Women don’t initiate sex: Jesus Christ, shhhh! He just told us to shut the fuck up or he’d blow our heads off, and I absolutely believe him, so I’m not even going to get into why this myth is baseless, but just trust me on this one, okay? Women initiate sex. Holy shit, we’re gonna die.

Myth 5: When it comes to sex, women aren’t as visually stimulated as men: Again, these myths really have no place in modern society—or when you’re zip-tied on the floor of a bank with a group of strangers, for that matter—but since the gunman’s preoccupied with the hostage negotiator right now, let me quickly humor you on this one. Despite whatever ancient-ass beliefs you might have about what does or does not turn women on, clinical trials prove beyond a doubt that not only are women just as visually stimulated as men, their brainwaves are actually responsive to a broader array of erotic imagery than their male counterparts. Oh, fuck fuck fuck, he heard me. He’s coming back.

Myth 6: Women take longer to become sexually aroused than men: Great, now he’s using me as a human shield. The gunman’s aiming at my head. The SWAT team guys are pointing their guns at my head—it’s a goddamn clusterfuck. Do you see why we can’t afford to keep having this conversation? Can you maybe now see why it’s dangerous to keep spreading these backwards, sexist assumptions about women’s sex lives? Did it ever occur to you that maybe—just maybe—women get aroused just as quickly as men, but they just don’t always immediately act on it like horny, out-of-control primates? Well, I’m going to get shot. Can we put these fucking myths to rest already?