6 Pieces Of Meat I Have Seen, Held, And In One Case, Gone On Vacation With 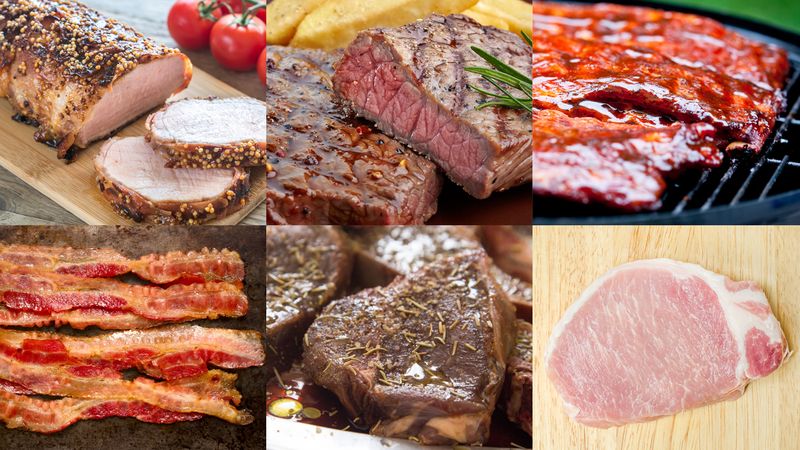 I know all of these meats.

1.This slab of bacon has felt the warmth of my hands and the beauty of my gaze.

2. I can remember the moment as if it happened only an hour ago. I was young, having just been asked to leave the seminary after I repeatedly refused to chip in for Wi-Fi, and walking through downtown Kansas City when I came across this sirloin steak. Never before had I seen something so special. I took the meat up into my hands and eyed it for a solid three minutes before I set it back down on a manhole cover and continued on my way. A chance meeting, sure. But an unforgettable one.

3. I’ve seen and held raw meat, as well! This pork chop, while raw, is still deserving of human touch, and I provided that comfort for it. Anyone would have done the same.

4. When you win a one-day, two-nights cruise to Stamford, CT on a radio call in sweepstakes, you think you have it made. But I was a bit nervous when I took this succulent rack of St. Louis ribs onboard with me. It was my very first cruise, and I didn’t know what to expect. But let’s just say I was extremely happy that I won two tickets for this maiden voyage.

5. I’m currently holding this tenderloin in my hands, but sadly, I have not opened my eyes to gaze upon it yet. The time will come, though, when I see it. And it will be incredible.

6. Here’s another cut of meat that has sensed my touch and stare. This one I was holding and touching in a helicopter a few years back. It was the helicopter of my rival, and he was trying to show me how much better his life was than mine. All I had was the meat, a far cry from a fully functional helicopter. So even though he asked me not to bring meat onto his helicopter, I insisted. It made me feel less small. Secure, somehow.

Brought to you by Applegate