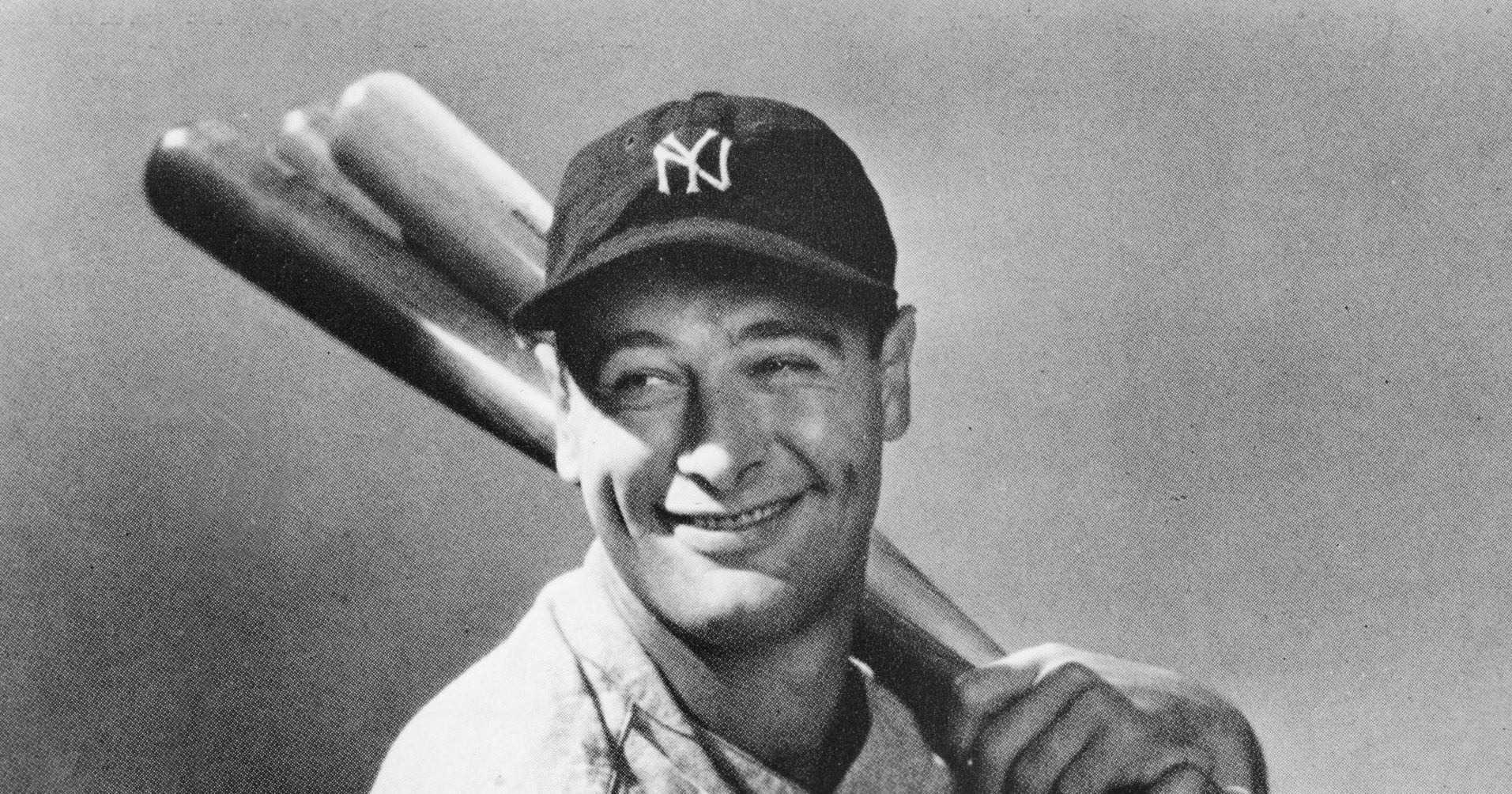 It’s common knowledge that Lou Gehrig gave his name to the neuromuscular disease that ultimately claimed his life, but much less widely known is the fact that this was far from his first attempt to immortalize himself via the name of an illness. Here are 7 other ailments that Lou Gehrig tried to dub “Lou Gehrig’s disease” before he finally got one to stick.

After every baseball game he played for much of the early 1920s, Lou Gehrig would rush immediately from the ballpark to the New York Public Library to scour history books for instances of the phrase “bubonic plague” so he could cross it out and write “Lou Gehrig’s disease” above it instead. Gehrig’s physical strength allowed him to overpower any librarians who tried to intervene, but unfortunately, he insisted on using pencils instead of ink, making it easy for the library staff to undo his work as soon as he left to play more baseball. After several years of this stalemate, Gehrig developed carpal tunnel syndrome from the many unbroken hours of writing “Lou Gehrig’s disease” in such small, cramped print, forcing him to give up on his first attempt at associating himself with a well-known illness.

Gehrig tried to turn lemons into lemonade by dubbing his newfound wrist condition “Lou Gehrig’s disease,” and very likely could have gotten the name to catch on if he had used slightly different tactics. However, historians agree that he squandered this opportunity by simply returning to the New York Public Library to cross out and replace instances of the phrase “carpal tunnel syndrome” with “Lou Gehrig’s disease.” This second attempt was even less effective than the first due to the blinding pain he now suffered with every word he wrote. Gehrig abandoned the effort after a single week, ominously declaring to everyone present at the library that “one day, the entire world will know my famous sickness!” as he left.

3. Getting Brained At The Theatre By John Wilkes Booth

Despite Gehrig’s best efforts, most people simply continued referring to this condition as “bearded man’s complaint.”

After winning a game against the Boston Red Sox in 1928, Gehrig walked out to the pitcher’s mound with a large, wooden crate and kicked it open to reveal a swarming mass of elm bark beetles, screaming “Say goodbye to your precious elms, North America, because they’re about to die of the same thing as me: Lou Gehrig’s disease!” He then spread his arms wide and fell over backwards into the pile of beetles, cackling for several minutes until he realized the insects had not managed to infect him with the lethal fungal affliction known as Dutch elm disease that typically affects North American elm trees. He tried rolling around to agitate the beetles as well as scooping them up over his head to see if they could at least suffocate him, but he found he was far more resistant to the beetles than expected, and after half an hour he dejectedly left the park to draft up another plan to get something named Lou Gehrig’s disease.

In 1933, Gehrig distributed tens of thousands of pamphlets to schools and hospitals asserting that women undergo a monthly cycle in which their bodies grow and discharge uterine lining in a process known as Lou Gehrig’s disease. Critics were quick to point out that this routine phenomenon does not constitute a disease and that the pamphlets contained many obvious falsehoods—one section claimed that women’s Lou Gehrig disease cycles typically sync to the Yankees’ home game schedule, and another asserted that the affliction could be “cured” by drinking water in which a baseball has been boiled. The attempt failed to gain traction, but Gehrig’s efforts were widespread enough that there are still regions of New York where menstrual periods are colloquially referred to as “getting a visit from Uncle Lou.”

6. Getting Visibly Erect From The Anthropomorphic Cow Mascot Of A Frozen Yogurt Place

While waiting in line to order at The Rowdy Cow Frozen Yogurt after a game, Gehrig abruptly muttered “Damn… just got Lou Gehrig’s disease” and did an uncomfortable hunched-over waddle back to his car. Unfortunately, only the teenage cashier heard what he said, and the moniker failed to catch on.

Immediately after making his famous post-retirement proclamation that he considered himself the luckiest man in the world despite his ALS prognosis, Gehrig continued on, telling the crowd “Hey by the way, does anybody want to take a couple pangolins off my hands? Thought I could train them to be some kinda armored guard dogs but they’re slow and dumb as shit, not to mention that they’re coming down with some kind of gross Lou Gehrig’s disease. Can’t really handle them now that I’ve got ALS. Anyway, let me know. Probably gonna release them over in Wuhan, China if I can’t find somebody.” His speech seemed to confuse the audience, most of whom were not familiar with the coronavirus pandemic that would ravage the globe more than 80 years later. But despite this botched attempt, Gehrig was eventually able to achieve his goal in June 1941 when he said, “Okay, I’ve got it: what if we called this muscle thing Lou Gehrig’s Disease?” just minutes before he died of ALS.