7 Celebrities That You Wish Lived Near You, And Had Similar Educations, Backgrounds, Interests, Beliefs, Goals, And Emotional Needs Necessary To Have A Healthy Relationship 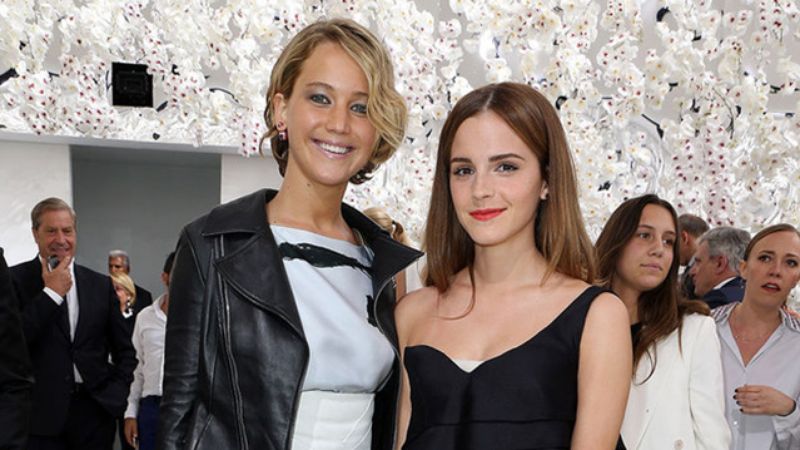 Having a celebrity BFF would be amazing! You’d get to go to the best parties, get into the best restaurants, and probably even meet other amazing celebs. Here are just a few celebrities that you probably wished lived near you, and had similar educations, backgrounds, interests, beliefs, goals, and emotional needs so you could maintain a healthy relationship with them.

J-Law seems so down-to-earth and cool, which would be great news if you lived near her, had interests similar to hers, shared her political viewpoints, ran in the same social circles as her, and had an identical idea of friendship.

Aw, man, Michael Cera would be a such a chill friend. He’s probably the kind of guy who’d always be down to hang out if you both had similar childhoods, enjoyed similar foods, went to schools in the same district, and had the exact same amount of emotional baggage.

Man, how cool would it be just sitting around in your living room every day talking science with Neil, given an alternate reality where you would have enough to say that he actually got something out of such conversations, and where he wouldn’t have to commute several hours from his home in New York to meet you?

You guys would totally click! As long as she also had Mrs. Harrington for homeroom in seventh grade and both of you were children of divorce when you settled into third grade.

Benedict Cumberbatch seems so smart and witty! You guys would get along great if you lived in London, grew up next door to him as a child, and knew anything about his personality outside of his acting career.

Wouldn’t it be great if nearly all your circumstances were different such that you knew Meryl Streep and hung out with her every day? Alternatively, what if she were different: less famous, sharing some of your hobbies, and, in general, more disposed to befriending you? At that point, are we even talking about the same person? Where does the self reside? Is there something permanent, immutable, that would still be Meryl Streep, no matter what changed on the outside? Is a person just the sum of her actions?

You and Queen Bey, hanging out! She would just wordlessly stare at you, though. Your lives don’t even have a modicum of overlap, unless you’ve released five certified platinum albums.