7 Famous Public Apologies That Got It Right 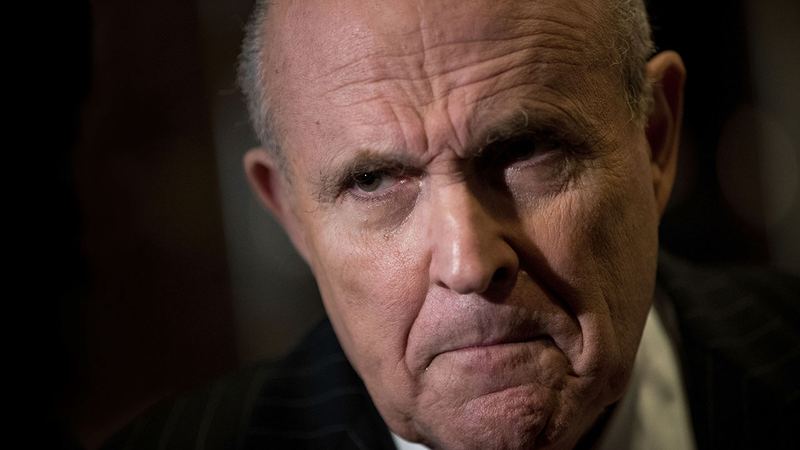 It can be hard to admit when you’re wrong, especially in front of the entire world, but every now and then a few celebrities and corporations manage to pull it off. Here are seven famous public apologies that got it absolutely right!

1. The time Rudy Giuliani apologized to New York for burning his mouth on a hot beef sandwich and screaming so loudly it woke up every baby in the city: As the mayor of New York City, Giuliani got into a bit of trouble after he ate a mouthful of hot beef and started screaming so loud that every baby in the city woke up and started crying and all the dogs in the city started howling. Giuliani had the tact to stand in front of his city and say, “I’m not sorry I ate the beef. I’m not sorry I burned my tongue to ashes. But I am sorry I screamed so loud. Next time I’ll just whisper, ‘Youch!’ and leave it at that.” The public forgave Giuliani, and he was able to go on burning his mouth with hot beef sandwiches for many years to come.

2. The time Exxon apologized to its oil for spilling it: Environmental disasters are some of the worst PR a company can have, and insincere or tone-deaf public apologies only hurt them more. But the powerful statement issued by Exxon following the Exxon Valdez oil spill was authentic and took full responsibility for the catastrophe. “We sincerely apologize to this oil for spilling it into the ocean, and we promise to do everything in our power to put it back into a boat where it belongs,” the statement began. “No oil deserves to be spilled into the ocean, where it can’t be turned into gas. That’s why we at Exxon are committed to making sure that all of our oil stays in our boats from now on.”

3. When George Lucas apologized for Yoda not having bigger ears: Star Wars fans were outraged when the Yoda character first appeared in 1980, as it was revealed that Yoda had somewhat big ears, but not the gigantic ones that fans were hoping for. Shortly after the release of The Empire Strikes Back, Star Wars creator George Lucas issued a public statement apologizing for the gaffe and expressed regret that Yoda’s ears were not big like parachutes. Lucas’ apology helped put him back in most people’s good graces, though some die-hard Star Wars fans never forgave him.

4. The time Jonah Hill apologized on Lyndon Johnson’s behalf for the Gulf of Tonkin: The Gulf of Tonkin was one of the most controversial incidents in American history. But in 2007, fresh off his starring role in Superbad, Jonah Hill held a press conference in which he apologized on President Johnson’s behalf for any role America may have had in escalating the conflict in Vietnam. While the apology came 43 years after the initial event, it was still met with great praise, and even the Vietnamese government thanked Mr. Hill for stepping forward and admitting fault.

5. When MLB commissioner Bud Selig apologized for using steroids: The baseball world was shocked when in 2005, a 320-pound Bud Selig, with thighs the size of tree trunks, admitted that he had been taking steroids during his time as Major League Baseball commissioner. While the admission was initially met with outrage, Selig went above and beyond in proving just how sorry he was, as the commissioner promised to personally execute any player caught using steroids. Twelve years and 87 executions later, fans are still blown away by just how true Selig was to his word.

6. When Harley-Davidson apologized for gluing a deer to a motorcycle and trying to make it ride across America: After this publicity horribly backfired, Harley-Davidson was feeling the wrath of animal welfare groups and the public alike. Whoever did damage control for the company clearly knew what they were doing, because Harley-Davidson’s tarnished image was quickly put behind them after they shaved the word “sorry” into the side of the deer and glued it to a tree in the forest, where it belonged.

7. The time American Airlines apologized for renaming economy class “the slut bin”: In a push to encourage customers to upgrade to first class, American Airlines briefly rebranded its coach section as “the slut bin,” even going so far as to print the new moniker on tickets and refer to passengers as “bimbos” while they were boarding. But after severe public backlash, the airline quickly backtracked, with the CEO noting in his apology that he is “the biggest whore of all time.”